'I won’t forget my time with him': My story of our lost adoption

Published by Tiffany Bluhm on November 26, 2018

Not long ago, my oldest son found a framed black and white print of the baby that doesn’t have a bed in my home. The baby who I will never teach to ride a bike or a read a book. The baby whose laughter made my heart burst in two because his joy was just that delicious. The baby who I miss terribly.

He is no longer mine. 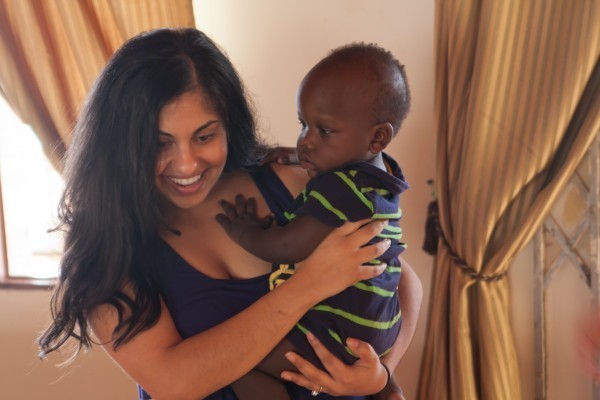 My loss, my adoption loss, is far different than a biological loss but loss nonetheless. After two years in the adoption process, and three months together in a foreign country, my husband and I were unable to see our adoption cross the finish line due to unforeseen changes that prohibited our anticipated return back to the states with our son. It was the most horrific day of my existence, the day that I drove away from his screams, his cries for me. I had no authority or power to comfort him any longer. I lost the honor of being his mother and there was nothing I could do about it. The matter was out of my hands. He would never be mine.

Until that day, I didn’t understand the human spirit could experience such heaviness until I said goodbye to my precious Lucius. His skin dark, his smile bright, his heart big. After a two-year paper pregnancy, I was barren and when I did return home, my friends were kind enough to take down his nursery so I wouldn’t arrive home to a closet full of his clothes, his pictures hung on the wall, and his hand-made blankets draped across his crib. For that I am grateful.

I did return home from a foreign country tortured with nightmares of losing him to kidnappers. Once I sat with a grief therapist, she explained that it’s not uncommon for adoptive parents who’ve lost a child due to orders outside their control, to experience torment like that. As I learned more about this growing group of parents who chased after the dream of parenthood by way of adoption but ultimately were left childless even after they bonded with a child, experienced searing loss that left them empty in a way that took more time than I would have liked to heal. 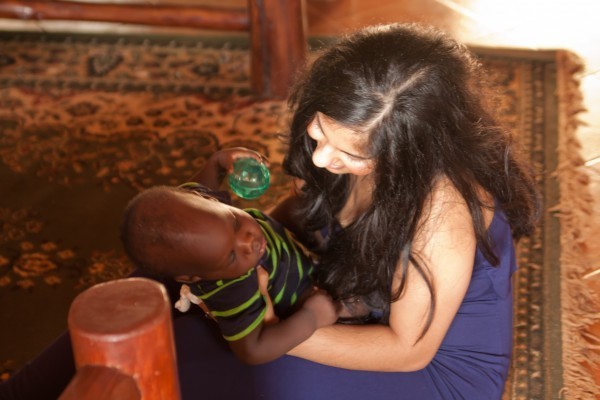 Every year on his birthday, I light a candle and stick it in a cupcake. I sing the birthday song and pray over him. It’s my way of honoring his life and the role he played in my life.

I don’t wish this kind of loss on anyone, but I accept the way it’s made me tender. I accept the way it’s built within me a well of compassion. I will always fight for children to belong in families, first biological, then through adoption, and I won’t ever forget how even three months with Lucius made me a mother. I won’t forget his first steps, his drooly kisses, his chubby arms around my neck. I won’t forget my time with him. Not ever.

To learn more about Tiffany Bluhm, check out her forthcoming book, "She Dreams: Live the Life You Were Created For."

Tiffany Bluhm is a wife and mom of two boys via adoption and birth in the PNW. She shares with others honest learning, like how comparison will kill you or how she knows it’s ok that we aren’t grand master goddesses or epic failures. She shares her triumphs like setting unrealistic but hilarious goals with her kids or actually going on a date with her husband. She thrives off sharing her insights on womanhood spent chasing after Jesus, gathering precious friends to live a life that matters and rest that refreshes the soul. She is navigating the choppy waters just like us, hungry to spend herself on a life that’s more exciting than boxed wine and grocery store sushi. She has always had a bleeding heart for women. It developed into walking alongside single mamas, teen mamas, sex industry workers, women in jail, sisters in brothels, and mothers living in the slums of Kolkata. It has been said that women are the most oppressed people group in the world and she believes that women, given the chance to thrive with Christ and others, will be the revolutionaries we’ve been waiting for.