My son's second birthday came and went with very little fanfare. In fact, if it weren't for his big sister reminding us of it every ten seconds, there's a good chance it would have passed by without much thought at all.

We were caught up in the whirlwind of moving. Frantically packing and desperately trying to keep the house “show ready.” Plus, the birthday boy was sick. Like, hadn't slept in three nights sick. So, naturally, neither had the rest of us. 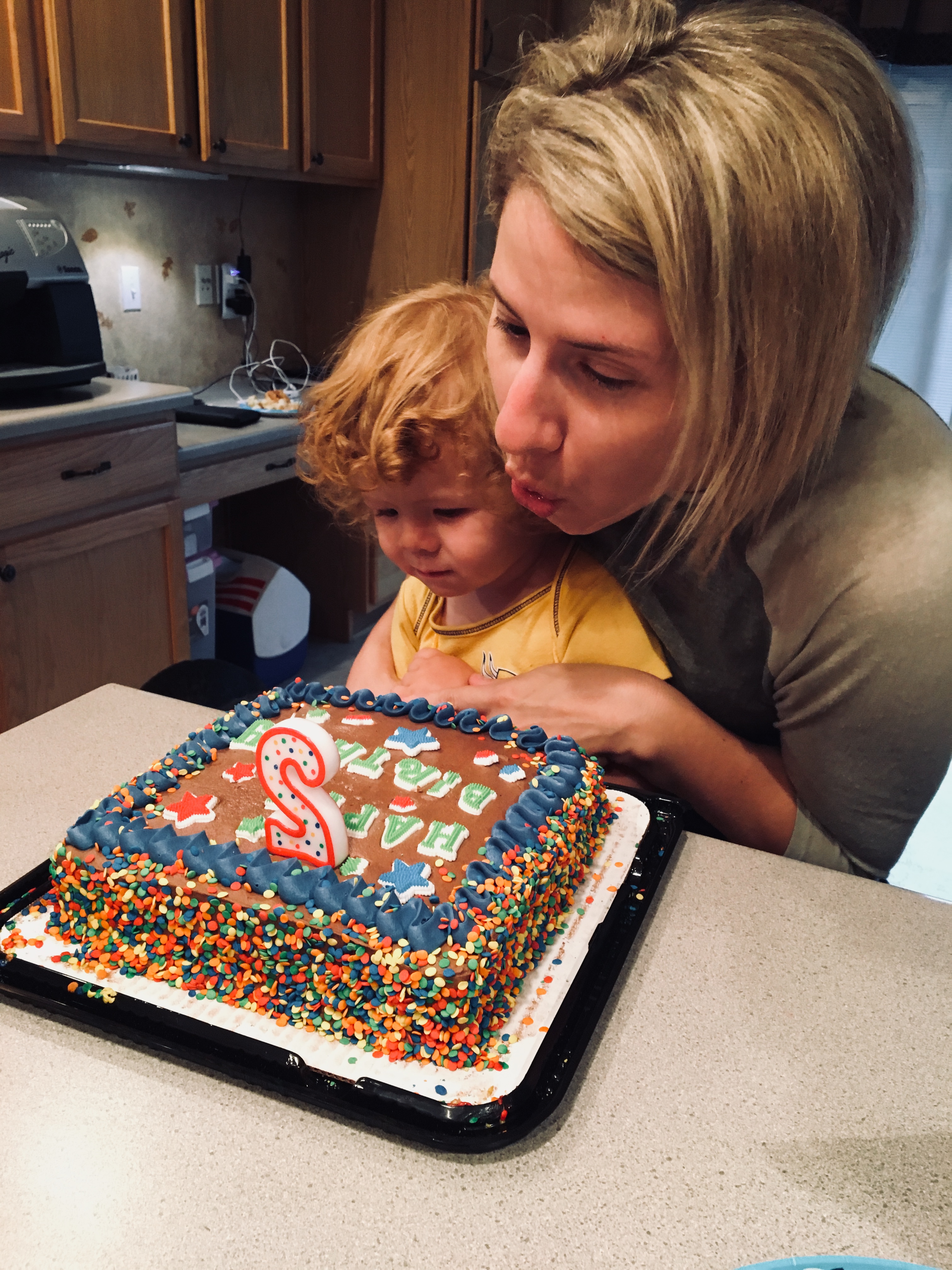 We were all worn out and stressed. And no one was in party mode. Well, except for his sister.

It seemed like another ordinary day. Until we were dramatically reminded that it was anything but.

As we drove to a friend's house to celebrate (because you know, a floor covered in cake crumbs and crumpled up wrapping paper is frowned upon by potential home buyers) we very narrowly avoided what was sure to have been a fatal car accident.

We saw her coming, racing around the curve, on the verge of losing control. And as her car veered towards ours, we headed for the ditch knowing it was the safest option available to us.

As her car crashed, ours clambered out of the ditch and came to a halt, somewhat battered, but fully intact. We sat there for a moment, feeling that same way.

Our hearts raced, our bodies trembled, and our eyes brimmed with tears. It had been close.

And then it hit me. Not a speeding car, but the realization that I had taken the day for granted. A birthday, of all days. And so many days before.

Each day of pregnancy with this rainbow baby seemed like torture. My pregnancy with him felt dangerous, both for him and for my heart. I was acutely aware that each day was a gift. That each day in which his heart beat from within was a miracle.

But two short years ago, when they placed him in my arms, his thick scream filling the air, I started to get comfortable. I was battered, but intact, and without tragedy befalling us, I started to believe we had reached the safe zone. That once he had entered the world breathing and thriving, we could start to relax. That surviving the unpredictability of my finicky womb was the hardest part.

I knew better then. And I know better now. But apparently, I needed a reminder.

Because somewhere between then and now, I've forgotten that each day is a gift, inside of the womb and out.

I've been lost in the mundane and have forgotten about the miracle of it all. This gift of life.

Each day in which breath fills our lungs is a miracle. Even when special days are ordinary or when ordinary days leave us feeling wrecked.

I hope he remembers that. And I hope I do, too. That no matter the day's circumstances, we must rise above the mundane and marvel at the wonder of life. If only for a moment.

Because that moment of wonder might just be our last.