My parenting style is fairly conventional (except maybe when my sons were young and I’d hand them a scraper and say “Get to work” after finding dried boogers on the walls next to their beds. I don’t know who else does this but it should be standard practice if you ask me. Nasty boys. Anyway). When it came to discipline I pretty much just swayed towards commons sense.

Honor Roll allowed a kid to keep a cell phone in middle school.

A clean bathroom got a high schooler out the door on Friday night.

You dent the car, you pay for it.

It never really seemed that hard.

My parenting philosophy didn’t involve much head-scratching so I have to admit, I was ready for the adolescence of my children. Growing up on Long Island in the unsupervised 80s, my friends and I had mastered the art of outsmarting authority and evading evidence of typical teen shenanigans.

I had this, I thought. Bring on the acne.

I never imagined it would culminate with a composed call to the police, asking them to come get my child.

It was especially trying — and surprising — when my second born, a daughter, went through her head-spinning-Linda-Blair stage first, at fourteen. While she was screaming and carrying on about calling Child Protective Services and attempting to bore holes into our foreheads with her fury, my oldest son just flew under the radar. A junior in high school, he was a typical, well, boy. Immature, uninterested in school and willing to eke by with the minimum of work exerted. By most standards, the textbook teen boy.

He was always a bit young for his age but rather than dwell on his mediocre grades we tried to focus on his charm, and magnetism. He was well-liked, pleasant, good natured and — mother’s pride aside — a delight. I loved the stuffing outta him. Always have.

Turns out, this extreme love came in handy when I began to hate him.

I don’t recall exactly when the metamorphosis of my good-boy-gone-bad began but I do remember every detail of warning, every red-flag.

With each rebellious incident I tried to keep perspective. I even rationalized. I did this, too. The drinking. The pot. The skipped school. The scummy friends. Wasn’t this typical teen territory? I even admitted, I did far worse (thank you, 1986). So I tried to keep a cool head and held firm with consequences. Even though much of the time I felt like I was swimming against a tide (a tide of parents who unfathomably presented cars for sixteenth birthdays and provided smartphones through school suspensions) I did what I was supposed to do. My litany of repercussions included (but were not limited to): grounding, taking phones, taking plates off cars, paying for NOTHING (yearbook, class trips, clothing, toiletries, prom, car insurance) ….. Good God, we took away everything. We joked that my son lived an Amish lifestyle.

He Just. Didn’t. Care. About anything, it seemed.

When enough was enough, we finally took his four-year-college off the table. We had done our part: attended freshman orientation, bought the sweatshirts and travel mugs, kept our hopes high for some show of maturity. It didn’t come. As his senior year came to an end, he still hadn’t gotten it.

We put our foot down. No way, we said. There was no chance we were going to strap ourselves paying for a university when he wasn’t even getting himself to high school – for free. We told him he needed to get his act together, prove himself responsible and start with community college. It was all we had left. We privately envisioned that kid – that horrifically headline-storied kid each year – that ends up dead in a dorm room from alcohol before classes have even started.

Nothing seemed to work. So we told him to rethink his plans for the future.

Turns out, our Great American Parenting Plan backfired because well, he left.

He called it moving out. But conventional wisdom would argue that throwing some clothes in a duffle bag and heading out the door without an inkling of what’s happening the next day is no such thing. He had run away.

He had had it with our outrageous rules, our absurd expectations and our irrational belief that teens should be responsible and respectful on their journey to adulthood. So — without any angry fanfare or slamming doors — my oldest child left our home six days before his high school graduation.

The situation, as an understatement, was hard. Devastating, in fact. It was the ultimate in rejection for a mother: a child that doesn’t want her.

And I didn’t pretend to understand it.

But I knew in my heart: he was a good kid and we were good parents.

And I knew deep down that he’d be back one day.

He was. After a long and fretful 47 days.

When he returned we spent what was left of the summer reconnecting as a family and licking our wounds. Damage had been done and both sides were duly cautious about a recurring Groundhog Day of past occurrences.

But things were far from perfect. In time, familiar nagging doubts started creeping in. There was a level of distrust that I just couldn’t shake. At times I seemed sadder now that he was home than when he’d been gone. Things didn’t seem much better and I wondered if I would ever again feel joy when my son walked into a room.

Disrespect is a mighty deal breaker in my home and I do not believe a refrain of “This is my home and these are my rules” should be up for interpretation. When my beloved son’s behavior started down the slippery slope of insolence once again, I felt stronger and wiser when I addressed it.

Not long after he returned, he decided once again that our curfew was unreasonable and didn’t come home.

When he eventually did … his room was packed up, our locks were changed and we were waiting.

I told him since he wasn’t ready to resume living in MY home with MY rules, he needed to leave. He refused. I showed him all his things. He still refused to leave. I then called the police.

I wasn’t afraid of the neighbors seeing, or knowing, or talking.

I wasn’t afraid of him actually leaving either. I realized I’d survived the last time he left, and would this time, too. And this time, it was going to be on MY terms.

I realized I wasn’t afraid of anything. And that absence of fear was indescribably empowering.

We sat together calmly, in silence, and waited for the police to arrive.

I have to say, when they walked in they seemed surprised to encounter a domestic disturbance that wasn’t terribly disturbing at all.

The officer in charge kindly – but sternly – let my teenager know the deal: It was 48 hours before my son’s eighteenth birthday, therefore by law, we were required to care for him. But only for two more days. After that, should they get called again, they would have to take him out of the home.

It is my honest belief that a couple of changed locks and a few police cars will do wonders for a teen’s psyche. It changed everything for us.

My son learned a lot of things that day. He learned we were absolutely done. And he learned (thank you, officer) that if you expect to live in your parents’ home, you should expect to follow their rules. Period.

I believe – no, I know – that once this became clear to him, it may have been his personal epiphany. It was as if his rebellion started to break away and let some clarity emerge. Hell, maybe it was simply a badge … or a look of “Really, kid?” coming from someone other than his own parents.

I have absolutely no idea why it never sank in before that moment. I likely never will.

It was a dark and rocky couple of years and – no joke – at times paled in comparison to my daughter’s fright fest at age fourteen – but we got through it. Good parents raising good kids usually do.

It was excruciating and difficult to do what most parents don’t seem to have the strength to do: follow through with consequences and demand respect. But we did. Even though it damn well felt as if our family was in tatters, we held strong.

The joy of my firstborn, while on hiatus for a heartbreaking while, eventually returned.

Today, many moons later, the kid that spun us in circles is a successful, independent adult. He’s still well-liked, pleasant, good natured and — mother’s pride aside — a delight. I still love the stuffing outta him and my face lights up whenever he enters the room.

The thing is, now I’ve got to come up with some new rules; that crazy Labrador of his runs this house when he visits and gawwwwd, I am turning into a softie. I have got to get ahead of this insanity before I lose my edge... 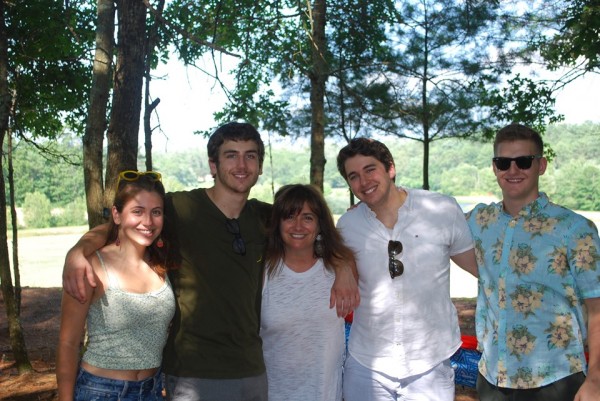 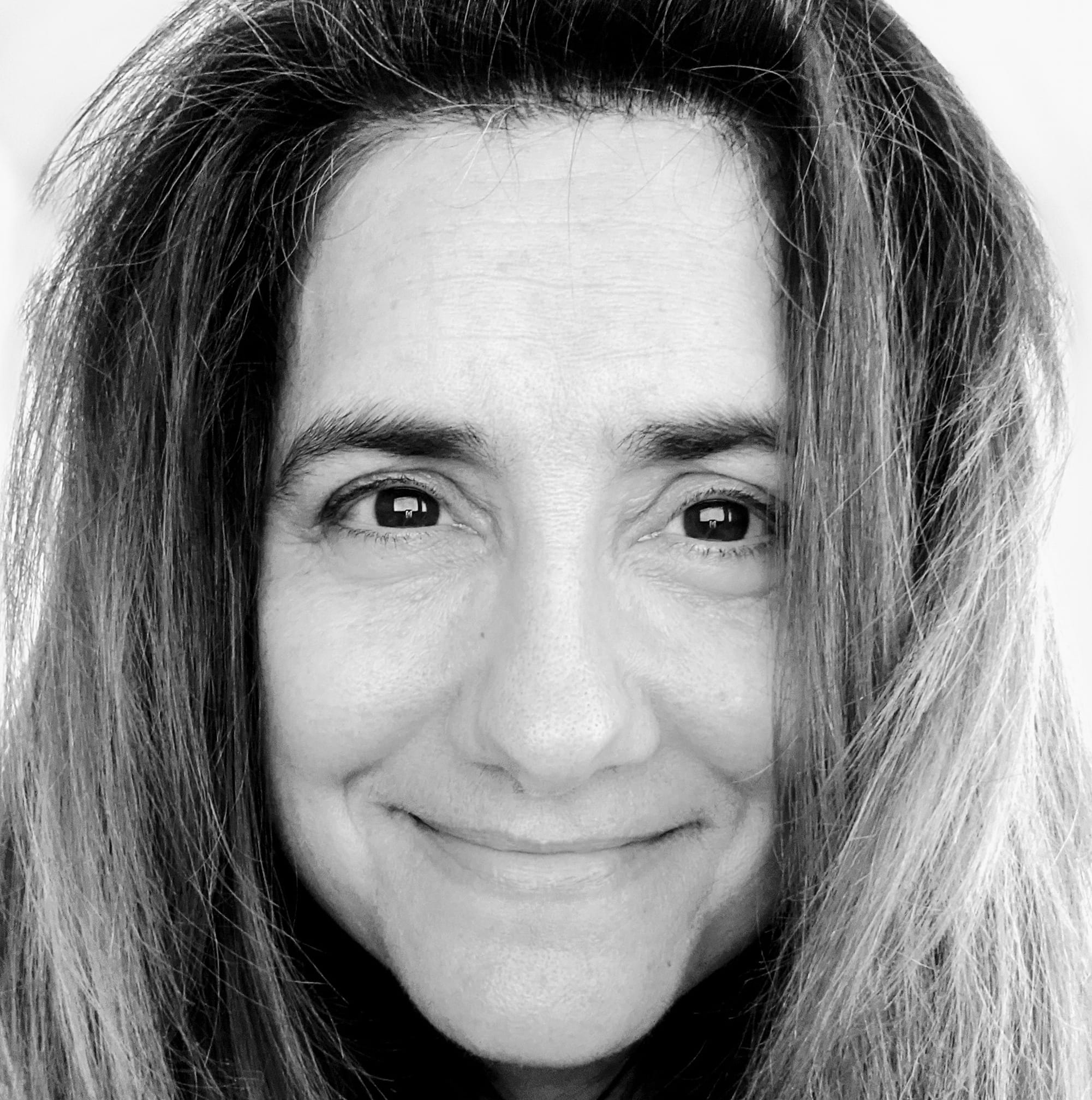 Through the Looking-Glass: The Day My Son Got Glasses
I was nearly killed because of the police. My non-white son means I can't move on.
What I learned from my son's death
advertisement

Through the Looking-Glass: The Day My Son Got Glasses
I was nearly killed because of the police. My non-white son means I can't move on.
What I learned from my son's death