I Knew I'd NEVER Get an Abortion, But Life Had Other Plans

Published by TerminationsRemembered on October 22, 2019 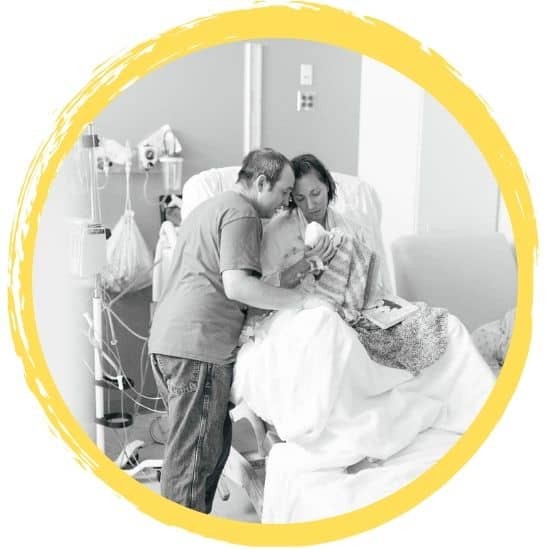 There are things in our lives that we are sure of. 100% sure of our feelings on the topic. We know exactly how we feel and how we’d handle something.

I Knew I’d NEVER Get An Abortion, But Life Had Other Plans

When I was a sophomore in college, I was raped. I remember specifically thinking about what I would do if I were to end up pregnant. I couldn’t stand the thought of seeing my rapists face in my child for the rest of my life, but I also knew that I could handle it.

I knew I’d still want to celebrate my child’s life. And so, while I certainly contemplated the thought of abortion, I knew it wasn’t for me. Luckily, I wasn’t faced with that decision in that moment.

Fast forward to when I was trying to conceive, and I again knew this fact about abortion to be truth.

During my first pregnancy we were offered all sorts of genetic testing. We declined most of this testing. I remember thinking to myself, and even saying to my husband that it didn’t matter.

Even if it came back positive for something, it’s not like we were going to terminate the pregnancy. We weren’t going to have an abortion. So why test?

I’m also a science person at heart and love data. So, while we declined genetic testing, we did do any basic screenings that were offered.

We did the nuchal translucency test that is offered as the “first trimester screen”, and we did the typical anatomy scan. All turned out great and we now have a healthy toddler on our hands.

Fast forward to my second pregnancy, and I again knew this fact about abortion to be truth.

Except this time something happened…

This time I found myself down a path that would terminate our daughter’s life. My truth as I’d known it went out the window and I am now medically considered to have had an abortion.

I tell you this history and my “truth about abortion”, because I need to get one point across to the world:

Your TRUTH- the facts that you know to be true about your opinion and your stance on things… they don’t matter.

They aren’t truths until you are faced with a decision. The fact is, you have NO idea how you would respond or react to any situation in life until you are actually in it and faced with that grueling decision.

I know, not you, right? You would never change your mind on a topic that you are so passionate about. But you just might, and I’m glad I did…

In my 15th week of pregnancy, we did the first trimester screen (the nuchal translucency test) as we’d done with my first pregnancy.

The ultrasounds looked beautiful, but the blood work came back as a 1 in 77 chance of Down Syndrome. We were advised to test further, and so we did.

We did what is called a cell free-DNA test. This test examines the DNA from both you and your baby that is found in your bloodstream. This test came back as an extremely high probability of our daughter having, not Down Syndrome, but rather a fatal condition- trisomy 13.

With potentially devastating news, we kept testing. We got as much information as we could. We did an amniocentesis. This is a diagnostic test.

It diagnosed our daughter, April Rey, with full trisomy 13. 100% of her cells were showing the defect. A fatal condition.

Our daughter was going to die. It was just a matter of when.

Our choices with regards to this pregnancy were outlined for us:

1- Carry to Term and Fight

Fight like hell for her life. Have her undergo surgeries and hospital stays. She’d probably be on a feeding tube and hooked up to machines. She’d die quickly regardless and lead a poor quality of life.

My health was also at risk if we carried to term. Trisomy 13 doesn’t just affect the baby, it can affect your placental function as well, which puts mom at risk of serious complications. She was not a candidate for organ donation.

2- Carry to Term with Palliative Care

Do no life saving measures. With this option we knew that not only my health was potentially impacted by the lowered placental function, but April Rey could be in pain. She’d die, but how peacefully and quickly that would happen we didn’t know.

Her organs were not suitable for donation. Carrying to term seemed like a path that didn’t make sense. It would be physically hard on April, physically hard on me, and emotionally traumatic on everyone, including our 2 year old daughter, Caroline.

We could choose to terminate the pregnancy for medical reasons. We could hold her and donate her body to science. She’d be in no pain and we could let her go peacefully.

We could choose to do a D&E (the abortion procedure). We could end the pregnancy. With this route her body would not be able to be donated to science, and we’d not be able to hold her.

Our Path to Termination

Our path was clear after receiving her diagnosis, and seeing the defects and abnormalities start showing up on the ultrasounds. We didn’t want April Rey in any pain.

We didn’t want any more physical toll on her, or on my body as was necessary. We wanted to limit the emotional pain as much as we could (if that’s even possible). We cried.

We hated every single part of making this decision as parents. Ultimately, we chose to induce early, at 19.5 weeks.

As we started the induction process, I had to take a pill to terminate the pregnancy. I had to sign papers that stated we were having an “abortion”.

I felt empty. I felt sick to my stomach. This was the most unfair terminology in my mind. Our daughter was and is loved, and this was a very much desired pregnancy. I hated those words and still do.

When I thought of abortion, I hadn’t equated it to this. I’d done what most of us do and thought mostly of the young woman and young man that didn’t want to be pregnant and had been “reckless”, or made a bad choice. The woman that failed to use birth control of any sort. I’d been so ignorant in my younger days.

I thought I’d considered those things. I really did.

And that’s where we all fail. We all think we know so well how we’d react and what we’d decide. We think we know, until we are there having to make that decision.

Why? Because they never thought they would. And it is FAR from socially acceptable, because no one ever thinks they would. They fall silent out of fear of being judged from friends and family and those closest to them.

I am proud to be a voice. So I’ll say it. I’ll stand up and say that I had an abortion- even though those words cut me to my core.

I refuse for our voices to be silenced. 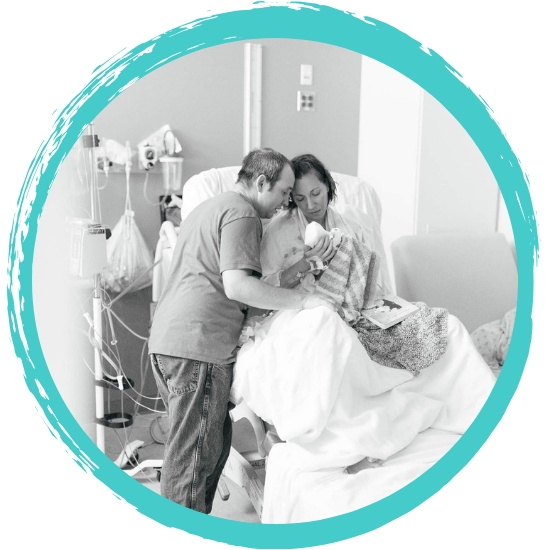 Hi, I'm Katrina. I am mom to three, including one angel baby. When I was 15 weeks pregnant with our second daughter, we found out she had trisomy 13 (a fatal condition). We induced the pregnancy early and chose to spare her a short life of pain. She was alive for 11 minutes, and knew only love. April Rey's legacy continues to live on through my writing at TerminationsRemembered. I am passionate about breaking the silence of this heartbreaking choice that moms are faced with every day.

Having to Abort My Very Loved and Wanted Son: the truth behind terminating for medical reasons
Choosing to have my daughter with Down syndrome is not brave
5 pregnancies (possibly 6) and 2 great kids to show for it
advertisement

Having to Abort My Very Loved and Wanted Son: the truth behind terminating for medical reasons
Choosing to have my daughter with Down syndrome is not brave
5 pregnancies (possibly 6) and 2 great kids to show for it