I Felt Alive: Part of staying sane in parenthood is remembering how it felt to be in the developmental stage they are in. 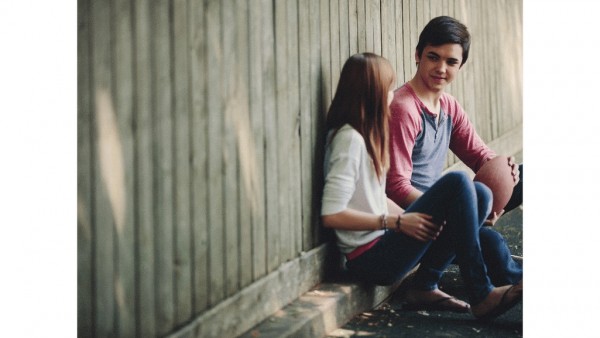 When I was in 7th or 8th grade, I sneaked out of the house. My friend, Katie, and I waited until the house was quiet and dark. I can’t remember how late it was. I think my dad was out of town, but my mom and two sisters were there and fast asleep.

I had a low window in my bedroom, which was at the front of the house. Katie and I sneaked into the darkness of my block on Briargrove Lane and – onward ho! – into the neighborhood beyond. Stepping out into the starry night, we were elated, smiling, free.

My memory is that we walked around four or five blocks. We knocked on the windows of two or three other houses, and the friends in those houses came out to join us in our march. We didn’t cause any destruction of people or property (unlike my sister’s friends who sneaked out of their own houses, wrapped our trees and threw wet toilet paper that broke our front window). We just walked through the quiet neighborhood in the middle of the night.

After walking around for a while, we decided to circle back to make sure my house still looked dark and sleepy. Horror of horrors, as we rounded the corner, we saw through the window that my bedroom light was on. Someone in the house was awake. I remember my pulse rising as my friend and I said good-bye to the friends we’d awakened. We separated from them, ran to my front yard and sat in the grass as if we’d been there the whole time.

The front door opened and my mom stood there with anger and exhaustion dripping out of her pores. “We were just sitting here in the yard,” we said, as we came inside, tails tucked. My mom asked, “Who else were you with?” We lied, “No one.,” I remember my mom separating us – Katie had to go back to my room until the morning, and I had to sleep on the couch in my parents’ room. I can’t remember the messaging, discipline or consequences that were bestowed on me except for hearing, “Why would you do such a stupid thing?” At the time, I didn’t really have an answer.

Recently, I came across a reel from one of my new favorite comedians, Kevin James Thornton. He described a time in 7th grade in the ‘90s. He had parachute pants and tiger-colored hair courtesy of Sun-In. He says he went to Claire’s to get his ear pierced and then went roller skating. He describes his ear throbbing while he skated to a Whitesnake song, and “I knew I was going to get in trouble later but I didn’t care because I felt alive.”

When I heard that, “I felt alive,” I finally had the answer to my mom’s question, “Why would you do such a stupid thing?” Because, well, I felt alive.

Now that I have three teenagers who have and will have more of their own missteps, I have to remember that answer. They are on the cusp of being able to make their own life’s decisions but really shouldn’t yet, since they rarely see more than three feet or three minutes from their own noses. I still need to have guardrails up for my teens as they speed and skid and donut and crash through their lives. But I also need to remember that, in a lot of ways, adolescence is about feeling alive. Many of the decisions they make are about feeling alive.

For the first 10 or 12 years of my kids’ lives, I could orchestrate what made them feel alive. I could offer sleepovers with their best friends, trips to the local park, bike rides. Once a year we would go to the water park in Galveston. We went on family trips. We had regular movie nights where we ate popcorn and piled into our bed to watch whatever movie for the 100th time.

Traveling with cousins back then, we could take them on a “family float” rafting trip and they were content to gently float on the still waters and watch the mountains pass and hear stories of the troll that lived under this bridge or that. Slowly, we increased to class 2 and 3 rapids as they got older. Beyond class 3 rapids, I’ve declared that I’m out. If they want higher rapids, they’re going to have to seek the rough waters on their own. They might do it, and why? Because it makes them feel alive.

Looking back, I can see the things that could’ve gone wrong as I sneaked out my window as a 13-year-old. It was one of the first times I was declaring who I wanted to be instead of what my parents wanted me to be. But sneaking out my window didn’t change who I was or who I am today. It was a stupid, adolescent decision, but (since nothing bad happened), I don’t really regret it. It was fun to walk around the block in the middle of the night with my best friend. We felt alive.

The Rose
If you don't take care of your house, it might fall down.
A Turtle Doesn't Run Through It
advertisement

The Rose
If you don't take care of your house, it might fall down.
A Turtle Doesn't Run Through It