Published by jthreeNMe on September 27, 2021 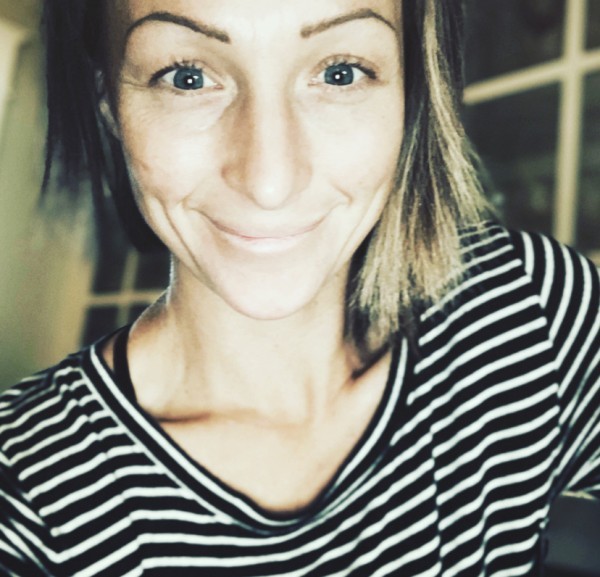 If you ask my husband, he'd inform you that I overtalk everything as well.

I'm an introverted extrovert (which is weird, I know) who can be awkward as fudge, but my quirkiness is also endearing, to some...so I'm told.

Speaking of told, have I told you that I love to be annoyingly optimistic about almost everything in “looking at the big picture” context? Yeah...not everyone is a fan.

Now speaking of the fan, it must be on when I'm sleeping or on in any room that I'm in because, if I could, I would happily live in an igloo, and so I try to keep my house feelin' like one.

Do you know who doesn't feel all too fantastic about that -ish? The hubs, who doesn't enjoy being cold or having my mood be such either (and so often).

That being said, life isn't like a bunch of chocolates (see what I did there? Forest Gump would be proud) because life and our daily days as women and mothers isn’t always super sweet.

Sometimes this parenting job is really freakin' sour, and I'll admit it, sometimes being and doing so much for so many, stinks.

Speaking of smell, what is the one you’re smelling?

Because sometimes I don't shower after I run. Eww. Gross. I know.
I run and then go about my day because I try to fit so much productiveness in it.

Can I confess something, though?

Some days I'm not productive at all.

Sometimes I sit on my rear and ponder why my jiggly biscuit isn't smaller, and then I remember it's probably because I sit on it too much watching Netflix and eating real biscuits with butter on them.

Well, folks, that's a little about me, probably way more than you cared to know, but hey, it's kind of fun to catch people off guard with unsuspecting, vulnerable, RELATABLE word vomit and, can I say something else?

I WISH MORE PEOPLE WOULD DO THE SAME.

Because, ladies, seriously, there is nothing better than finding and surrounding yourself with the kind of people who want and encourage you to BE YOURSELF, but not just that, the kind that appreciates the heck out of who the hell she is!

So how about this...

What if we were all just upfront with each other about who the heck we are and who we sure as shiitake aren't?

What if we lead with our genuine flawedness instead of breaking our backs and spirits pretending to be someone we're not?

What if when we meet new people we’re frank about what makes us tick and what ticks us off?

And what if that's all we ever expect from others...

be who they are,

for it to be entirely acceptable for who that is to change with the direction their day has taken,

and for us to welcome people to present to us as their heart, head, and soul demands they should.

And I don't want to have to be fake to make friends.

I just want to be me and love me or hate me or feel apathetic about me, I'm going to keep being me.

And I hope to God you just keep being you because who you are is awesome, and you don't ever have to underplay your unique magnificence for nobody.

THIS HAS BEEN A PUBLIC SERVICE ANNOUNCEMENT. THANK YOU FOR YOUR ATTENTION!

Here's hoping my "mama truths" help you out
Words to Live By: Q&A with a 9-Year-Old Kindness Expert
If you're invited to her party, attend it
advertisement

Here's hoping my "mama truths" help you out
Words to Live By: Q&A with a 9-Year-Old Kindness Expert
If you're invited to her party, attend it