Published by Emily Burmeister on October 1, 2015

Each of us have a story of how we all got here, got her being Motherhood. There has been this trend of woman one upping each other. Proving our worth and if we have earned the right to being called Mom. I had to have 3 c-sections, and some would and have said that I was not "mom" enough to give birth to my kids the natural way.

There are so many with the same story as me, of feeling judged and even bullied for having had a c-section. These woman who just like me had to have medical intervention felt the need to justify and defend their birth story. A lot of women shared their disdain for people thinking this. Their hurt, pain, and feelings on the subject. They felt like me. I became enraged with this defense for c-sections. I know, these are my peeps, my fellow scar rocking Mama's. But yes, I got angry with their writing.

In all of their writing, defending of being a c-section Mom, their disdain for people thinking and saying they are less then phenomenal... there was a urgency to prove that they earned their scar. They needed a c-section. The fact that even in their proud moment of standing up to the haters, they felt the need to justify how they brought their child into the world. That is what got me angry.

There has been so many stories and comments on social media with both sides weighing in. I came across one story after another of women going through terrifying experiences. All with the outcome of a c-section, and all with a underlying tone of "I needed it, see, it was needed!!!!!"

Anytime I have ever spoken about how I brought my kids into this world, when I mention a c-section I stumble into a explanation. As if trying to prove my worth and that I did work for it. A feeling of failure was there. Acknowledging that I did not actually do what I sought out. What I planned was a natural birth, in a stream, with birds chirping and the mice from Cinderella cheering me on. Maybe not exactly what I was thinking, but the feeling was similar, I was hoping for perfection. I wanted to do this whole birth thing right.

When it all went wrong, it went bad. I won't get into it. I have nothing to prove. It is because of this public discussion of c-section Mom's versus natural birth Mom's that I realized I still had to let some things go. I was so quick to jump on the defense with my own labor and delivery experience.

Defense of what? Bringing my daughter and eventually two more healthy children (my boy's) into the world? Working, laboring, fighting, going on for days, then looking a Doctor in the eye and agreeing to be cut open?

I laid there under a bright light, terrified. Not of the surgery, having complete abdominal surgery with all of my reproductive organs as well as most of my intestines ending up out of my body. I was not worried of the recovery, the pain, the scar. He could have cut me open from chin to knees and I would have still almost ran into the operating room. I was terrified for my child, my daughter who I only knew from her tiny heartbeat which I had grown to adore these past 9 months.

I imagined her personality, the way she would kick in my belly when I laughed, feeling her little hiccups. I dreamed of her face, her hands, her smell. My husband and I scoured over names, so many hours spent dreaming up the perfect one for her. I was terrified for her. In that moment, my thought, my very being was all for her. I was simply the vessel to get her here.

When she was born blue and not crying, my world stopped. She was my world and it was in a spin, a spiraling, scary out of control pain that set in my heart. While she was in her own struggle to the left of me, I began hemorrhaging and they put me under, put me to sleep to control my bleeding better. My last thought was of her. When I awoke hours later, before I even opened my eyes I whispered her name. I was groggy, barely coherent and she was ingrained in me. My heart was with her. I needed her.

The nurse informed me that the crying I could hear was her, my Nora. She was crying, it was the most glorious sound I have ever heard. I felt like I was floating, I have never felt as strong of a relief as I did in that moment. When they wheeled me to my room I was told to get some sleep and they could bring her to me when I woke up. I felt no pain, no grogginess, I could not even sit up all the way from the epidural, but I demanded them to bring her to me. She was it, the very thought my brain was thinking. It was all for her, I needed to see her.

I held her, and she was perfection. I was complete. She is the reason I am a Mom. She is it. She made me who I am. Her being there was the perfection. My labor, the surgery, that was all forgotten. She was beautiful, breathing, eating, sleeping and pooping. Yes, even that was miraculous.

In remembering those moments, my thoughts in that time. Looking at my c-section scar, my three healthy kids. I have nothing to prove, I have no reason to claim I earned it, I simply just did. I am not shaming any Mom who birthed her child naturally, a Mom with an epidural, one who delivered her baby in the back seat of a car, a Mom with a c-section (by choice or necessity), a Mom who married and gained a child, a Mom who adopted her child. We all have stories, hurtles, battle scars, and wounds to show and tell. All of us are Mom's, and none of us should be apologetic of how we became one.

My scar is my story. It is the physical proof that I put everything aside for my child. I gave my body over, willingly to be maimed for my baby. My three children. The one I felt my heart surge for when I saw that little kidney bean shape blob on the sonogram. The one I felt my heart lurch and shatter when she was born blue. The one I held in my arms and felt such pride for when all was said and done. The same baby that now both challenges, excites, exhausts, and makes my love grow more everyday with her 7 year old self. 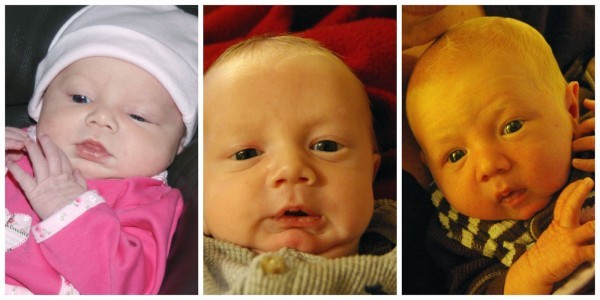 I became a Mom to be her Mom, to be my two son's Mom. That was the goal, the perfection of the birth. My bad ass scar is just the way my kids began their life. It was the first of a lifetime of moments I will put my children before anything else, including myself. I risked it all for them, and always will with no hesitation. I will never make an excuse for that, apologize, shy away from or make my case for ever again. I did it, that is the important part. We made it, that is the perfect birth plan I should have been planning for. That is what we all should be celebrating, we made it, we did it, we are Mom's and our kids are here, living. No apology's should be made. Never again will I proclaim anything but pride for my journey to Motherhood. I am Mom enough. 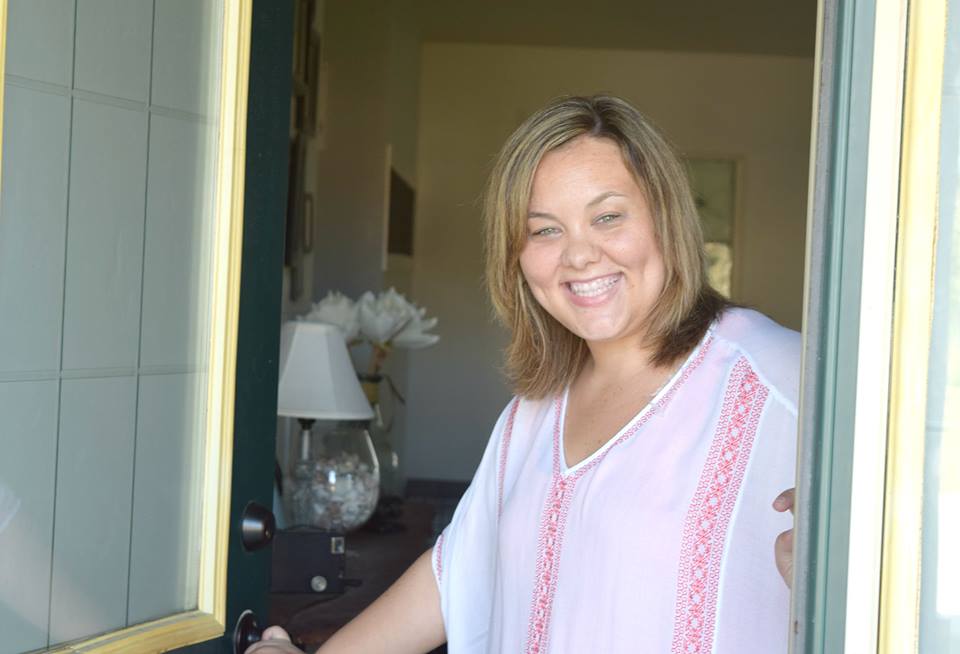 I am a mom to a trio of Littles, I got married in 2007 as a barely in my 20s lady. He is my legally obligated best friend and I love him for it. I write about home, life, and laugh. I blog at http://www.ourhousenowahome.com/

C-Section: Mine stands for Courage
I Am A Heart Mom: 6 Things You Need To Know About What It's Like To Have A Child With The Most Commo...
Open Adoption is not something to fear
advertisement

C-Section: Mine stands for Courage
I Am A Heart Mom: 6 Things You Need To Know About What It's Like To Have A Child With The Most Commo...
Open Adoption is not something to fear