I was so close to the empty nest.

Actually, that isn’t really true, with my youngest child still in middle school, but with one grown and flown and two more in college, I could see the light at the end of the tunnel. (Before everyone jumps on that last statement, I am in no way wishing my kids to be all grown. After raising kids for the last 24 years with over a 10 year age difference between the oldest and youngest, I am ready to see them move to the next step, to succeed and begin to enjoy life with them as fully functional humans!) 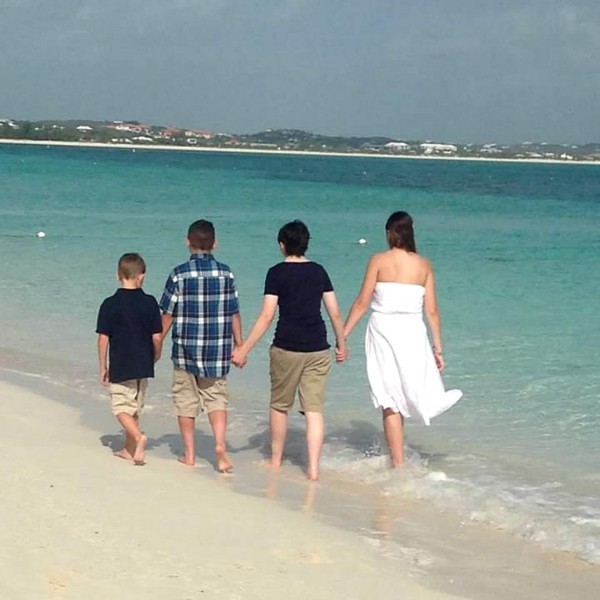 The kids on vacation a few years ago.

I had kids in the same elementary school for 18 straight years. Then there were years where they were in 4 separate schools. There were school activities, sports, homework, camps, friends, tournaments, birthday parties…. So many birthday parties! Then came graduations, and one by one they started to move on and make their own decisions. I still had some say over things (mostly the things I paid for!) but they were living their own lives and my days started to quiet down.

By 2019, I only had one child to drive around, make lunch for and keep track of, so life was getting simple. We could actually go out on a Friday night for dinner without getting a sitter!

Then March rolled around and in what seemed like minutes, COVID-19 hit and they were all coming home!

Many colleges were closing, supposedly for a few weeks, but the college that my two middle kids attend was holding strong, until it wasn’t! My oldest was working from home in Manhattan, but concerns about the city becoming a coronavirus epicenter and being alone in her apartment after her roommates left brought her home. 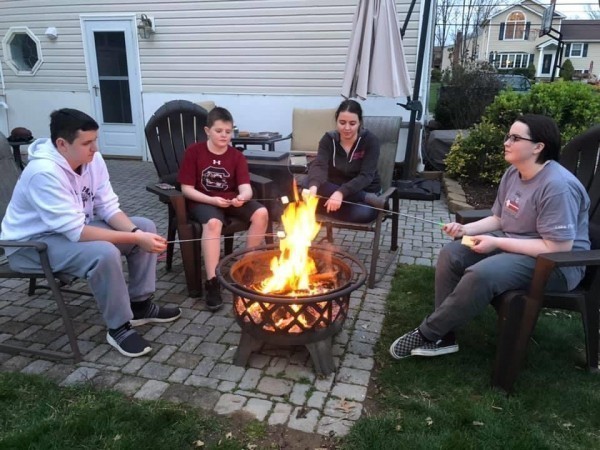 All four kids in March... when we thought it was temporary!

Within four days I had gone from one child under my roof to all four. With them came the laundry and the unpacking and the general chaos of four kids. I tried to stockpile food, since six people can eat a lot, and tried to figure out how to go back to living under one roof!

Even then, I thought it would just be for two weeks…maybe 3 or 4, tops.

No one could have envisioned being at home for over 5 months! Somewhere along the way, we forgot to tell our youngest that this was lasting longer than two weeks when he asked why everyone was still here!

I felt very trapped for a while. There was constant worry about someone getting sick, being able to keep the house stocked with food, and worrying about relatives and friends. Neighbors came together and helped each other out and we saw people that were never usually outside during their busy days. Luckily, my husband and I can both work from home. After the initial adjustment period, I realized a few things. 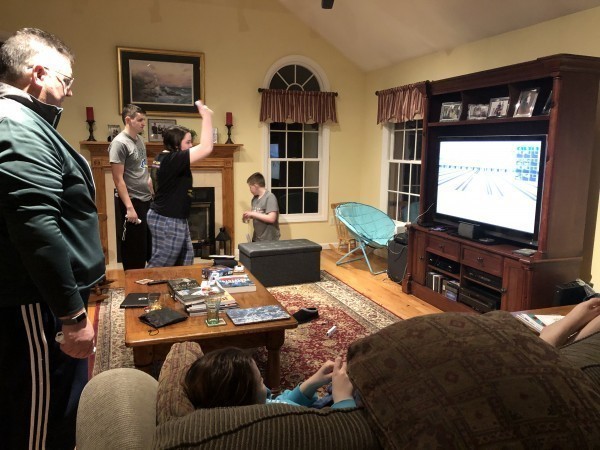 We broke out the Wii for the first time in years to play some virtual bowling!

My whole family had not had dinner together for more than a day or two in a row in years! It was nice to go to sleep at night knowing that no one was driving on the highway, riding the New York City subway in the middle of the night, or at a frat party! We watched Netflix and movies and dragged out old video game consoles and had a blast! It was sort of like extended forced family fun.

We had to set some rules and do some refresher lessons on how to use the washing machine, but generally I tried to enjoy the time we had together. My youngest enjoyed always having someone to hang out with since he had become like an only child in the last year. We bought a Ping-Pong table and set it up in the living room. We tried to make a 19th and 21st birthday special in quarantine and celebrated our anniversary with takeout from our favorite restaurant, taking the chance to eat off the fancy china we never use. 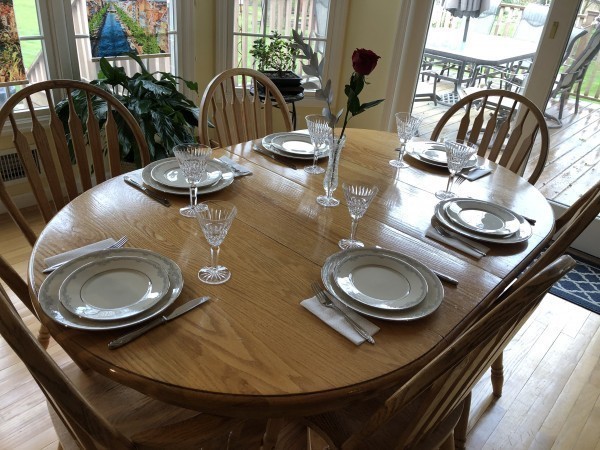 I’ve come to realize that as awful as the pandemic is, and as many lives that were touched and lost, we did have the gift of what is probably the last time the six of us will spend this much time together in our house. We've had the luxury of spending these last few months together, and enjoyed so much togetherness! But now I pray that we can return to some semblance of our old lives, although it feels like things will never be the same.

Now, more than 170 days into the pandemic, the house is emptying out again. My oldest has moved back home for at least a few months, but the two college kids went back to school over the weekend. My 8th grader will start school in hybrid form (his decision!), and the house is finally starting to quiet again.

When this next school year starts, I will be that much closer to the empty nest. After having this time together again, I’m thinking that I will enjoy the quiet that comes with half the kids leaving. I will try to organize (I was not one of those people who organized everything during quarantine, an impossible task with six people in the house!).

Whether they are going back to college or staying home to work and go to school…. I will worry. I will hope and pray that they all stay healthy. I will worry more, because whether the nest is empty or not, that’s what parents do! 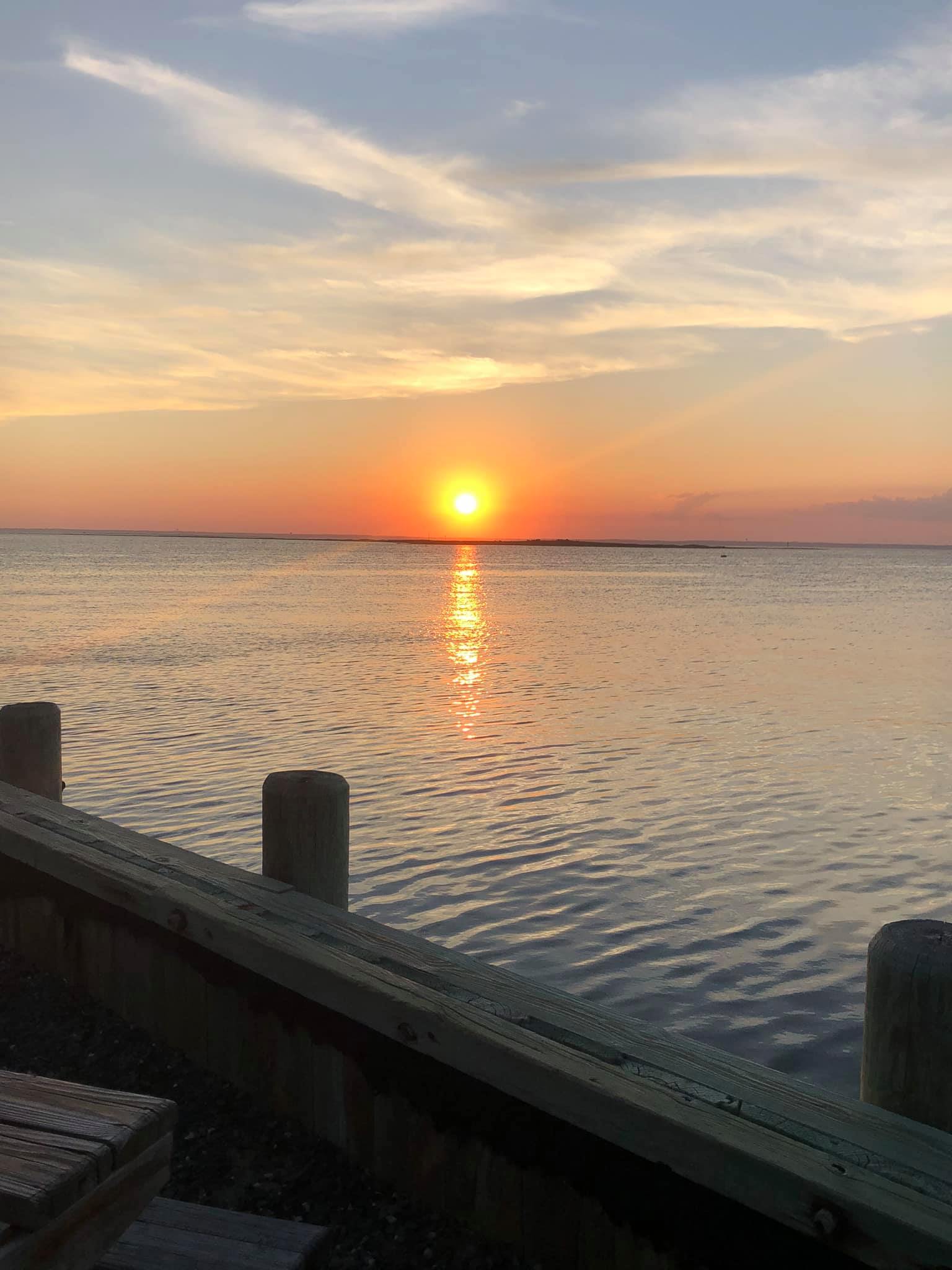 Mom of four on the East Coast.