How We Can Raise Our Kids To Follow Their Dreams

In today’s generation, it's very difficult to raise children with a sense of direction. The world and pop culture tells us what we should be, what we shouldn’t be, and it’s constantly changing. The struggle of life is what are we grounding our kids in? How are we setting them up if at all? How can a kid follow his or her dreams if they don’t even know what is deemed worthy of such a pursuit? And if we cannot set them up in the right direction, why would following their dreams even be of value?

It’s very rare that I come across people that have a clear sense of direction in life. Unless they live very simple lives by default of a system they are in, I just don’t find many people that are purposely venturing forward in life. There are times where I do stumble upon an individual that strikes me as someone who has a very grounded sense of who they are and what they are here to do, and not because a system placed them on a trajectory from birth. The reason why I emphasize that is because what’s the trick if a person set up on a trajectory from birth has some sense of what they think they are here to do? One great example of someone who I stumbled upon that has a great sense of purpose is an artist with 1.2 Million followers named, Moshe Reuven. He’s an entrepreneur, an artist, and influencer and he proceeds forward in all his ambitions with a very grounded attitude as to why he’s doing what he’s doing. I thought I’d ask him about how we can instill that in our kids. 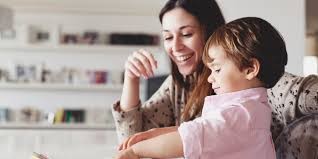 Firstly, one great piece of advice Moshe offered came from one of his favorite Rabbi’s, Manis Friedman. He said Rabbi Friedman says that we need to teach kids values first and foremost. The reason Moshe likes this piece of wisdom so much is because he says he sees more than ever kids chasing things the world tells us to. If we have a sense of values growing up, we won’t run after the wrong things thinking that’s what’s going to make us happy. Furthermore, Moshe is a big believer in purpose being a source of perseverance, whereas happiness is a very emotional thing to base something off of, especially when its rooted in the world’s values and not our own.

In addition to that, I gathered that what Moshe thinks about values, also ties into what he thinks about parenting. He believes that parents have to set examples from a young age in their own actions and dealings with the world. Of course, we cannot expect parents to be perfect, but we can imagine parents believing in their own ability to work progressively in the best direction possible. When parents show this young people internalize it themselves and live that way from early on. It is so common that the world takes away kids’ ability to believe in forward progress. While forward progress is essential in any endeavor.

Lastly, I learned from Moshe that to know what our kids should aim towards is also to be able to look past the shiny lights. Sometimes the lights really are a child’s path, but very often its a distraction. Kids can dream and should push themselves, but how much of what they do is because their friends in their class think it's cool and not because it's their true calling? Parents have to actively navigate their children away from those shiny things.

All in all, we’ve gathered to root our children in good values, lead by example, and navigate away from the shiny things that aren’t true callings. It gives me much relief to hear such sound advice, Ultimately, when we learn from good examples, we give our kids a fighting chance, and I hope this was as enlightening for you as it was for me. 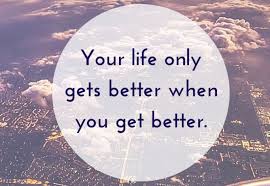 The mother of two is a pro at seasonal fun and DIY projects that kids will love, from unicorn play dough to healthy muffin recipes and bucket lists for the whole family