How We Accidentally Landed a Family Costume

Published by Christina Campbell on November 2, 2016 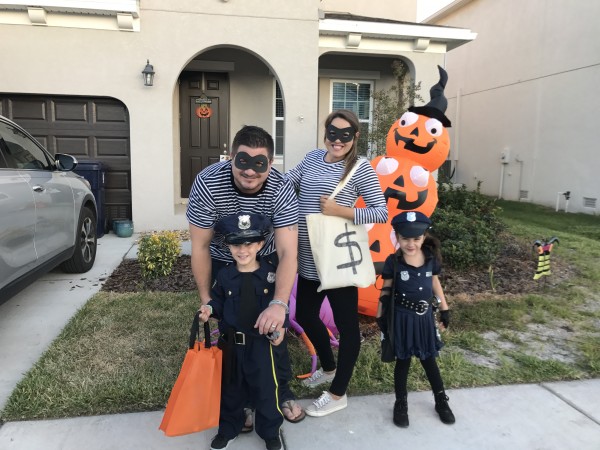 For the past couple of years I wanted to be that mom who was able to pull off the family costume. My kids are four and five and simply weren't having it. I didn't think to start the family costume tradition while they were young and always dressed them alike, so by the time they hit four, they wanted nothing to do with a family costume.

A few weeks ago (while I was around 36 weeks pregnant) I decided to do the usual trip to the costume store where we roam around and I let the kids pick out their costumes. With a new baby on the way we needed to get the show on the road in case she decided to arrive before Halloween. We browsed through an entire store, and nothing. Then at the next costume store my daughter, who is almost six years old, landed eyes on a police officer costume. That was the one. She wanted to be a "cutie cop". This came as a shock to me since in the past couple of years she was always a princess or something that required a tutu, but I said ok fine, sounds good let's grab your size and keep moving! Then my son, who is four and a half, said "I want to be a cop too!" My kids are 16 months apart and they are simply at the age where if one has something the other has to have it too. No problem on my end, you both want to be a cop? Let's grab your sizes, try these on and get this show going. After picking up a few accessories we were done and Halloween costumes were in the bag, literally. This mom was ready for baby, the kids had their costumes-- everyone was happy!

So as time went on and the more I told people the kids were going to be cops, a light bulb went off: If my kids are going to be cops, then my husband and I can be robbers! I mean, let's be honest, it's such an easy costume to pull off! So after scouring Pinterest I realized all I needed were some striped shirts and black masks! We stopped at the mall the day before Halloween and I was able to find my hubby and I shirts. Mine was even a non-maternity shirt which means I can wear it after pregnancy (mom win)! And then the craft store is so amazing to sell packages of foam masks that are meant to be decorated by kids so that was easy! We skipped the ski hats and I grabbed an old shopping tote and drew a dollar sign on it with a marker and VOILA! We had a family costume!

Not only was this costume extremely easy to create since it is considered semi-homemade, but the kids were so excited to tell everyone that they were police officers and we were the robbers! I even found an option if the baby happened to arrive early, where you can wear the baby in a carrier and make the baby the bag of money. Cute, right? I am hoping the kids had a lot of fun and will get excited for this next year! I do love taking the kids shopping to pick out their costumes so I will just be that little mom mosquito in their ear hinting at family costume ideas. 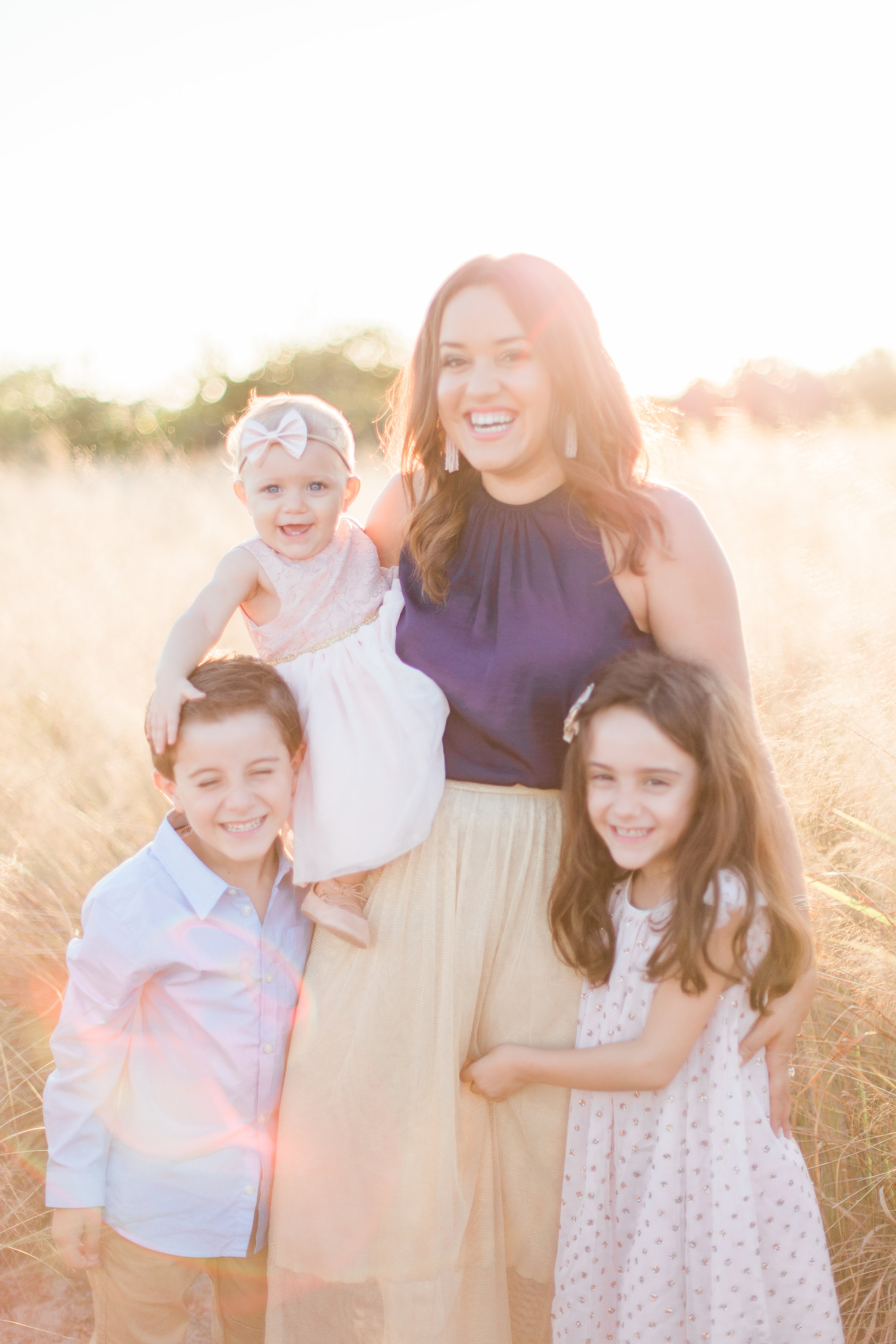 Hi I am Christina, founder of The Mommy Spot and a busy mom of three who is always trying to balance work and life on a daily basis! I love being creative which is why combining my love for being a mom and work makes life fun! Join me on this journey through motherhood!