How to Set Kids Up for Financial Success

Published by Ekalavya Hansaj on February 12, 2020 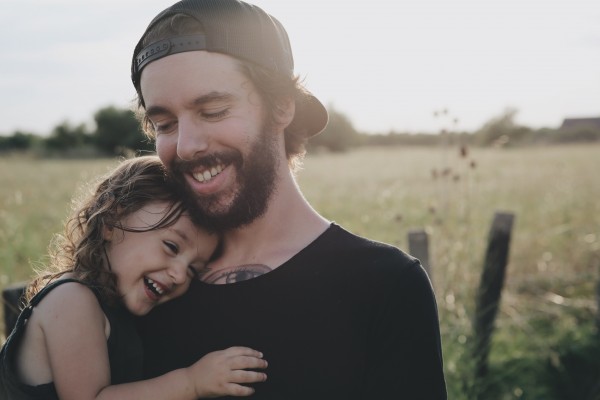 We teach our children not to talk to strangers. We show them the importance of manners. We instruct our kids to wear seat belts and look both ways before crossing the street. We help them memorise vocabulary words and proofread their essays. When they're old enough, we even talk to them about sensitive things like sex and relationships. But do you know what we don't teach them about? Money.

The (Poor) State of Financial Literacy

Money is one of the foundational principles of adulthood. Poor money management destines an individual for failure from the start. A high financial acumen can establish a foundation for future success. Yet if you study the numbers – and if you simply take a cursory look at your surroundings – it's clear that today's young adults have virtually no financial literacy.

According to the Standard & Poor’s Global Financial Literacy Survey, the United States, despite representing the world’s largest economy, ranks 14th in the world in literacy. At 57 percent, the U.S. adult financial literacy level is below that of countries like Singapore, New Zealand, Norway, Israel, and others. It’s barely above nations like Myanmar, Hungary, Bhutan, and Botswana.

Another separate study shows that financial literacy is declining year-over-year. In 2015, 37 percent of Americans were able to answer four out of five basic financial questions correctly. That number was 42 percent in 2009.

To say that Americans have a financial literacy problem is an understatement. We may earn a lot on a per capita basis, but most people don’t know what to do with it. Approximately 44 percent of Americans don’t have enough cash to cover an unforeseen $400 emergency. Roughly 43 percent of student loan borrowers aren’t even making minimum payments. More than one in three households have credit card debt. One-third of American adults have saved nothing for retirement. We’ve missed the boat and, if we aren’t careful, our children will too.

It Starts With Parents

When you become a parent, you aren't just taking on a new title of mom or dad – you're also embracing a new list of responsibilities. Your primary obligation is to keep your child healthy and safe. This means providing food, water, shelter, healthcare, and other basic necessities. Once these are taken care of, it's your responsibility to train your child up to be a functional, productive member of society. And while this looks different at every age, the ultimate objective is to mold these little humans into independent adults who can become more successful than you are. That's how you leave your mark.

The issue is that so many of today's parents don't realize this, nor do they particularly care to embrace the responsibility of raising independent adults. While most won’t admit it, they’d much rather ship kids off to the public school system and let teachers, school administrators, and peers take control of the reins. But if you look at the history of the public school system – or most private school systems, for that matter – they don’t exactly have a glowing track record. And that’s because they were never designed to support the burden of raising children.

If we want to teach our children anything – from manners to financial literacy – it starts with us. We have to educate our children and model financial principles in a way that prepares them for life outside the safety of the family bubble.

How to Prepare Your Child to Manage Money

There are three primary ways you can influence your child’s view of money and enhance their financial literacy: (1) You can make smart decisions for them (like setting up savings accounts); (2) You can model fiscal responsibility in how you manage your own money matters; and (3) You can teach them tangible money management lessons. Based on your own personal circumstances, experiences, and resources, you’ll likely gravitate towards one of these three approaches. However, it’s wise to implement elements of all three.

As you prepare your child to become a functional and independent adult, consider doing the following:

When a child is born, you’re probably more focused on getting some quality sleep than you are on securing their financial future – but it’s helpful if you do both.

Setting up a life insurance policy is one of the first financial decisions you should make for a newborn child. Because of their young age, you can get insurance at incredibly low rates – rates that would be unheard of for adults. And though you can choose between an array of insurance products, whole life typically makes the most sense at this point.

With whole life insurance, you pay premiums for a select number of years and then you're done. The insurance policy provides both a death benefit and a cash value. This cash value increases over the years. By the time your child flies the nest and enters into adulthood, this leaves them with a sizeable chunk of money that they can cash out or borrow against. Should they become uninsurable at a later date and time, it also ensures that they have access to some insurance.

Generally speaking, whole life insurance isn't going to set your child up for life, but for a relatively minor sacrifice now, you can give them a solid building block for the future. Your crying newborn won’t know what you’re doing, but your future college graduate will be incredibly thankful.

Speaking of college, it’s never too early to begin thinking about the high cost of education. The average tuition and fees at public universities has risen more than 181 percent over the last 20 years and will likely continue to surge over the next couple of decades.

If you want to give your child a head start in life, you can help them put a dent in the exuberant cost of a college degree. And to do so, you'll need to stash away tens of thousands of dollars. By starting now, versus when they're in high school, you can let the power of compounding interest work to your advantage.

In case you’re unfamiliar with compounding interest – something that's often referred to as the eighth wonder of the world – it's basically interest on interest. In other words, if you invest $1,000 today and it grows by 9 percent this year, you're left with $1,090. If it grows by another 9 percent the following year, you not only gain interest on the original $1,000, but also the extra $90. Over time, this leads to a sharp increase in your rate of return.

The Rule of 72 states that, based on the average rate of return in the stock market, you can expect any safe investment to double every seven to ten years. So if you start putting money into a 529 college savings plan today, you won’t have to contribute nearly as much principal to help your child attend school without attracting significant loans.

Again, your newborn or toddler isn't going to understand the monthly contributions you make to a 529 plan, but they'll appreciate it down the road. Plus, you benefit from tax-free investment growth. And if your child chooses not to attend a four-year college, you can always pull out the principal without any penalties. (The interest earned is usually subject to taxes and fees.)

Children as young as three- or four-years-old can be trained up in how to use money. There are four categories to focus on:

When a child is young, consider giving them money for chores and show them how to divvy it up. For example, you might give them $4 per week and have them put $1 in four envelopes labeled Save, Invest, Spend, and Give. As they grow older and develop an income of their own, they probably won’t divide their paychecks quite so evenly. But nonetheless, it helps develop a framework for balanced money management.

It’s one thing to give your child an allowance. It’s much more valuable to establish a concrete connection between work and payment. They need to understand that money doesn’t come easily and that every purchase requires an investment of time and financial resources.

Just because fast-food restaurants and retailers don't hire until 16, doesn't mean you have to wait until your child has a driver's license to help them find a job. They can mow lawns, clean houses, or sell artwork online from a very young age. Even if you're the one cutting the paycheck, there's something to be said for teaching children the value of work. (Manual labor is especially effective.)

When it comes to major financial decisions, don’t keep your children completely out of the loop. While there’s something to be said for sheltering them from major financial stress, you should involve them in elements of key decisions. Here are some examples:

As your children age, give them more weight and responsibility. These real-world exercises will prepare them to make key choices in their own adult lives.

As you know from being a child, something carries a lot more weight when someone other than a parent reiterates it. To show your children that you aren’t crazy or single-minded, expose them to other thought leaders in the world of personal finance. Whether it’s through blogs, social media, podcasts, or YouTube, your children will value hearing other voices and opinions.

This final suggestion is very important. If you’re financially successful and/or have tendencies that lean towards perfectionism, you probably have high expectations for your children and how they manage money. That’s fine, but you need to relax a bit.

Let children make money mistakes when they're young. If your six-year-old spends a year saving up $200 to buy a toy that you know she won't have any interest in next week, let her. Then when the regret sets in, use it as a learning experience. It's better for her to make small mistakes like this now than to go thousands of dollars in debt later in life.

Consider Your Own Financial Literacy

Here’s the thing: You can’t teach your children financial literacy if you aren’t financially literate yourself. You don’t need a degree in economics, but you do need to recognize the difference between good debt and bad debt; understand how to budget; and be able to explain basic financial terms like credits, debts, interest rates, etc.

If you find that you're financial acumen is lower than it should be, let this serve as a wakeup call. Educate yourself first and then impart this wisdom to your children. You'll be better for it, they'll better for it, and you may just change your family tree. 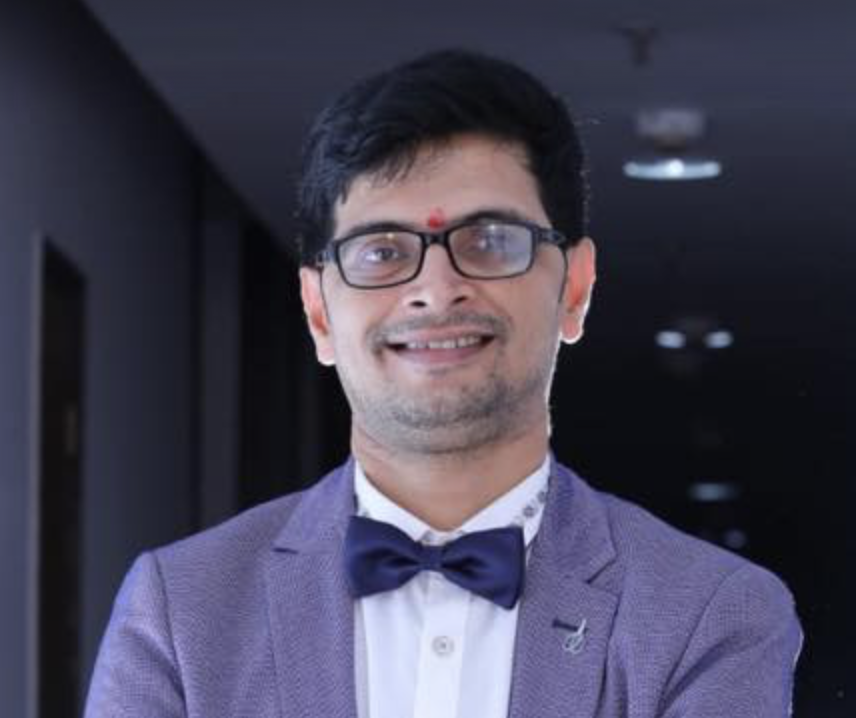 An entrepreneur who chased success till it chased him. Founder at QG. Father to Mayra Hansaj. Author of "The Criminal Wolf" and "Rise of the wolf". 114 Days in the slumber still haunt me.