How to Protect your Child from Predators at Holiday & Family Gatherings

Published by Christy Heiskala on November 22, 2017 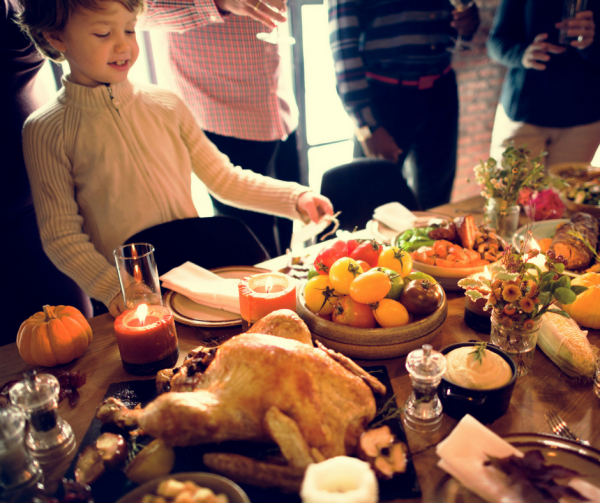 I’m guessing that this is the last thing you want to read about during the holidays. I realize I am putting a damper on “the most wonderful time of the year”. Over the last ten years that I have been speaking on child sexual abuse prevention, I have had numerous people share their stories of abuse with me. So often it was at the hands of their relatives at family gatherings. An older cousin forcing himself on his younger cousin. An uncle who always had candy in his pockets to share with the kids and would sit them on his lap. Someone sticking their hands in your pants while you are watching television.

People generally don’t want to talk about abuse until it happens to someone they love. They can’t believe that their own husband, father, brother, uncle, neighbor, favorite teacher, scout leader, or coach would do this. After all, that person was the greatest, most loving, and fun person who was always so great with the kids. The last person you would ever suspect would harm your child. AND that is also the typical profile of a child pedophile.

Many people believe it will never happen to their kids because they only allow their kids to be around family or close friends. Sorry to burst that bubble, but that is exactly who the perpetrators are. More than 90% of the time a child is sexually abused by someone they know and trust. Thirty percent of that is by their own family members. Sixty percent is by people surrounding the family such as neighbors, friends, teachers, coaches and clergy. All stats per D2L.org.

Holidays are filled with laughter, food, and family fun. There are rooms full of people, kids running in and out of the house, and the alcohol is flowing. Everyone is trying their best to get along, so they won’t ruin the holiday. All the makings of a perfect setting for a pedophile.

In the book, The Socially Skilled Child Molester, Carla Van Dam says that pedophiles target those who are uncomfortable to talk about abuse or too timid to speak up when boundaries are crossed. When you have a house full of family and friends, nobody wants to be the person to cause a conflict. You might have a family member that always makes you uncomfortable, maybe he is a little handsy, invades your personal space, or makes racy comments. You just do your best to avoid him, never calling him out because you don’t want to upset your family. You had no idea that he was abusing little Susie on the back porch when nobody was looking.

When I was a little girl, I had a grandpa that would make me give him a kiss. He grossed me out so bad I would do everything I could to avoid having to kiss him. When I did kiss him, I would give him a quick peck on his cheek. Then he would say the words that haunt me to this day, “that’s not a real kiss”. Then he would force me to kiss him on the lips and he would shove his tongue in my mouth.

All it takes is one small act to have a negative life-long effect on your child. You owe it to your children to know what the signs of grooming are and how to set and reinforce boundaries that apply to everyone, including family. Here are some situations to be mindful of this holiday season.

These are the biggest risk to the safety of your child. No matter how inconvenient, avoid situations where your child is alone with other adults or older or more powerful children. Recently, a parent came to me after her ten-year-old had a twelve-year-old stick his hand up her shorts and grab her bottom. It happened in a split second when someone stepped out of the room.

Volunteers to Take Care of your Child

When someone swoops in to save the day or volunteers to give your child a ride home or any activity where they will be alone or physically touching, such as riding on their lap. A teacher volunteered to tutor his third-grade student who was struggling with math. The mother would drop her off early before school where he would molest her every day. The poor mother had no idea until years later when her daughter disclosed.

Tickling and Other Physical Touch

Boundaries are crossed and abuse happens in plain sight. Tickling, poking the stomach, patting the butt or knees, rubbing shoulders, these are all part of the grooming process. They are often done in plain sight because they are testing the victim, parents, and everyone around them to see if anyone speaks up. If not, they know they can take it to the next level because the victim now thinks that what is happening is ok since nobody is telling the perpetrator to stop.

Letting minors break rules, drink alcohol, giving them candy or presents, are all part of the grooming process. At first those are used to make the child feel special. Once the perpetrator has further abused the child, then those are used to make the child feel guilty or shame. A child who has broken a rule or taken gifts will not want to speak out against the perpetrator for fear of getting in trouble themselves and they are ashamed and feel like it is their fault because they broke the rule.

There is no need to be paranoid at family gatherings. Instead, be prepared by setting and reinforcing boundaries that apply to everyone including all family members. When someone crosses the boundary, calmly let them know, that is not allowed in your family, redirect and remove the child from the situation if necessary. You do not need to worry about offending anyone because those with good intentions who care about the well-being of your child will not be offended. It is more important to protect your child then worry about offending people. The safety of children takes priority over the feelings of adults.

Child Sexual Abuse Awareness Day: How to Do Your Part
Holiday Traditions Parents Should Reconsider
Raising Men Who Won’t Rape Dylan Dreyer after her 'rock bottom week' with Oliver and Calvin: 'I've rebounded'