How to Host an Around the World Movie Night

Published by MrsMuffinTop on November 28, 2016

Thanksgiving has passed and with winter break on the horizon, you may be on the look out for unique ways to spend quality time with family and friends. No matter what your plans are, if you’re going on a vacation or relaxing at home with a staycation, hosting an Around The World Movie Night will be the most talked about event of the season!

Around the World Movie Night is fun for all ages, and the best part is that everyone learns something new. Starting this monthly event (you can do it as often as you like, but new movies and food/drink will be posted every month), the movie is Pete’s Dragon. The movie was filmed in New Zealand, and the beautiful island is one of the countries that mark the ‘starting point’ of the earth’s rotation. Around The World education has already begun!

This guide will provide recipes paired with wine for the adults, and non-alcoholic for the underage set or those that simply don’t want or care to indulge. Each food and wine will coincide with a region from the movie, along with interesting facts to discuss afterwards.

Disney’s Pete’s Dragon is the reimagined version of the 1970’s film. The story follows Pete and his friend Elliott, who happens to be a dragon. Together, they develop an incredible relationship, encounter breathtaking adventures, and overcome insurmountable hurdles. Rounded out by an extraordinary cast, including Robert Redford and Bryce Dallas Howard, the movie is the perfect balance of excitement, suspense, emotion, and wonder.

Pete meets Elliott early in the movie, and the fun can start right away. Most of the forest scenes were shot near Rotorua’s Redwood Forest in the Bay of Plenty region, and the area is known as New Zealand’s Maori cultural hub, and for it’s geothermal activity. If you want a specific starting point, not just the forest scenes, introduce the wine/juice when Pete encounters a bear on a river’s edge, and Elliott pops up behind him to scare the bear away. This scene was filmed in McLaren Falls, about an hour out of Rotorua.

For this portion of the movie, try the 2014 Mills Reef Reserve Sauvignon Blanc (Bay of Plenty Region). Coming in at under $30 a bottle, this award winning wine is perfect to have with goat cheese on crusty French bread. Try drizzling some honey or a light spread of fig jam for a sweeter flavor.

The kids can drink Blueberry juice, which are grown locally in the Rotorua region. Importing the delicious juice from the Mamaku Blue Winery and Orchard isn’t necessary, but keep it on the list of things to try in the future. Serve it with grilled cheese on your favorite bread, and broccoli to represent the redwoods that are featured when Pete and Elliott meet, and throughout the film.

The beautiful special effects in the movie, Dragon included, were done at Weta Studios located in Wellington, New Zealand. The most obvious choice to serve here would be Beef Wellington, which does originate from the city, but most people don’t know 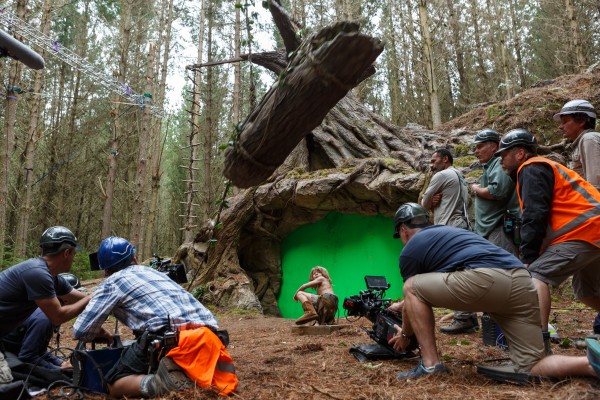 that the ratio of sheep to human on the island is 7 to 1. This recipe for lamb chops is easy and tasty, and can be served as a finger food. Kids and adults alike will devour it. Pair w

ith a 2013 Palliser Estate Pinot Noir, also an award winning wine that won’t break the bank. The non-alcoholic beverage served can also be from dark grapes, Welch’s is a reliable option. While not from New Zealand, it’s keeping with the “W” of Wellington. Try it with half juice, half sparkling water for a fun alternative.

The incredible scene when Pete watches as Elliott the dragon appears from beneath a cliff top to fly over him was filmed in Queenstown, on the south island. The very first commercial bungee jump happened here, and it’s frequently rated as a top tourist destination for it’s wide range of activities. Amisfield Winery is located in Queenstown, and the 2015 Pinot Noir Rose is a perfect light and crisp option to serve with Rosemary Roasted Almonds 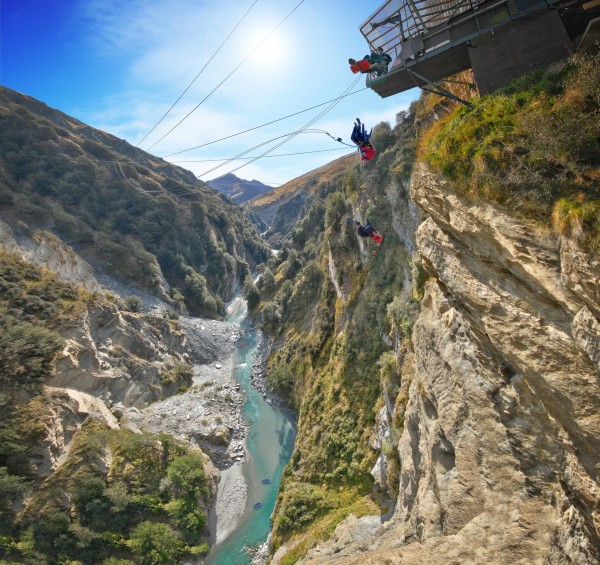 (make your own or purchase at Trader Joe’s). It’s another affordable option for an international award winning wine. The kids can chomp on plain almonds and wash it down with a Shirley Temple!

Have a great time entertaining your family or friends with this exciting and unique themed movie night. You can swap out Pete’s Dragon for The BFG, which was also filmed in New Zealand, if you want to do a round two! See below for a quick reference guide.

To purchase the wine, visit http://www.wine-searcher.com/