How to Boost your Child’s Creativity

Kids are creative by nature, because they are titans of innovations and fantasy. Still, so many parents grumble that their kids are doing the same things all the time. Even when their imagination is rich, originality is lacking.

What actually makes a genius out of your kid? How to boost your child’s resourcefulness?

Reading the books about magical creatures can also help your child develop an ability to think about unique phenomena.

My parents used to read fairy tales to me and I was obsessed with magical worlds in which I grew up. And later, Disney cartoons became my daily inspiration. It was then when I started copying the style of characters and their behavior and realized that it was not enough for me – I needed more. Eventfully, I created my own stories and staged them in front of the whole family.

You child has already a freedom of thought. Give him/her a freedom of action – stop telling your child what to do.

When parents have high level of demands to their kids, the latter become less creative and, sometimes, deliberately wait for the decision from someone else. Kids who are strictly taught to obey and who cannot make a step without parents’ allowance have lower inventive skills.

Freedom taught me that I have no limits in my acting and in painting too.

Limit screens, but not too much. The American Academy of Pediatrics warns parents about the devastating effects of TV-sets on toddlers and infants.

Even the co-founder of Apple, Steve Jobs, was a low-tech parent. In an interview, he once mentioned “We limit how much technology our kids use at home.”

However, consider the touchscreen advantage. The research found that children who learned to write, draw, make music via apps on tablets are more encouraged to create something new.

My mom never allowed me to use her tablet, when I was a kid. On the contrary, my dad gave it to me whenever I asked him and I learned design basics when I was 16. Later, it helped me with new decor ideas, when I worked in the design studio.

Art has a huge power. As a matter of fact, neuroscientists claim that art positively affects our brains, educates, and even heals.

Children who play a stringed instrument or the piano score higher on verbal skills. This depends on the correlation between music, language and IQ.

Dancing as a type of art is effective for brain development. Children asked to dance improvisations showed increased levels of creativity and came up with more original and imaginative ideas.

A recent study by Do My Essay Today had a shocking result for most of the parents who work as writers and editors and who decided to take part in the experiment. The investigation implied that 50 parents (5 groups – 10 parents in each) should try one type of art with their children during one month. Parents answered the surveys at the beginning and at the end of the experiment.

It turned out that creativity growth was immanent in all kids. Painting and drawing, however, were the best catalyzers for creative power.

You should become an example of creativity for your kid. Julia Cameron gives numerous examples of exercises and stories in her book The Artist's Way for Parents: Raising Creative Children.

A study proves that creative parents are more likely to have creative children. Besides, when parents read books and encourage their kids to do the same, the chances to raise a more creative child are higher than usual.

Indeed, experimental research studies have proven that when kids watch others being highly creative, they strive to creativity themselves. Thus, if you have a strong desire to boost your kid’s creativity, try to be creative yourself. Do things together, make up stories, new games, play together.

I remember the day, when dad told me that we would create a book together. That was a miraculous day for me. It took us less than 3 hours to think over the characters and, in the evening, we were reading our illustrated story to mom and granny.

Indeed, there is too much of everything. And an average parent can lose control and leave it as it is. Creativity isn’t a must, after all.

Two years ago, I was thinking just like this. Then, I noticed that my friend’s kids are more inquisitive and revolutionary. The tasks they accomplished were much more difficult and they found ways out of extraordinary situations. But they were not programmed to be creative. Consequently, it dawned on me that I should find out what actually fosters creativity.

And I came up with these easy tips that boosted the potential of my child to create.

Is it important for you to raise a creative child? Why (not)? If yes, what have you tried to make it possible? 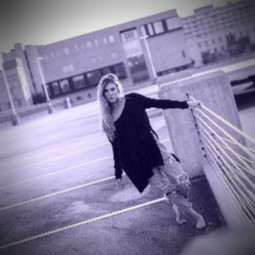 Mom of one, art addict, theater actress and motivational speaker.

Fostering Creativity in Your Kids
Children, Screens, and Why It's Time to Take Back Childhood
Let go of the summer checklists
advertisement

Fostering Creativity in Your Kids
Children, Screens, and Why It's Time to Take Back Childhood
Let go of the summer checklists