How to be the worst mother-in-law ever

Published by Kristin Shaw on December 9, 2017 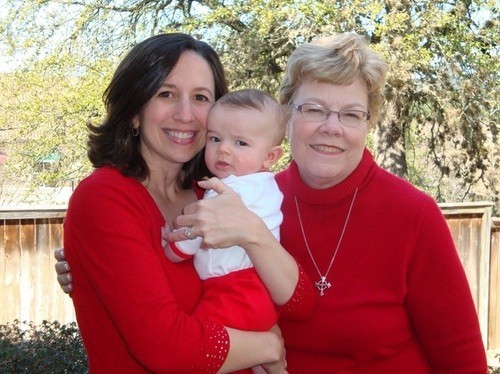 In conversations with many of my girlfriends, I’ve listened to the laments of daughters-in-law who struggle with mothers-in-law who have hurt their feelings with passive-aggressive (or flat-out rude) words, or purposely give their grandchildren something to eat that they weren’t supposed to, or constantly tell them how to run their household. I’ve seen the eye rolls, the long sighs and grimaces and the “she’s coming to visit, God help me” refrains. And I'm not saying that all of them are wrong, either.

But don’t believe that all mothers-in-law are like the evil stepmothers of old fairy tales. According to the stereotype of TV and movies, my mother-in-law is the antithesis of what a MIL is supposed to be. If you believe Hollywood, she is probably the worst mother-in-law type ever.

I’m one of the lucky ones; I adore my husband’s mother. She is loving, and kind, and thoughtful. She doesn’t pry. She doesn’t judge. She doesn’t tell me what to do and how to do it. She spoils me, in fact. Lest you think I’m just bragging, let me tell you this: as the mother of a boy, I am observing and learning much about the way I want to be as a mother-in-law, someday.

I may spoil the kids a little bit, if they have them, but I won’t feed them chocolate if they tell me not to. I promise to take their allergies very seriously, and I won’t let them watch TV all day. I’ll happily babysit! If they choose to cry-it-out or co-sleep, breastfeed or bottle feed, pacifier or no pacifier, cloth or disposable diaper, I will support their decision. Lord knows that plenty of other people offer their opinions (in person and on the internet) when you’re a parent.

I will love my son's partner as my own, if they let me. If they're close to their mom, I am not going to try to replace her. They might, however, be interested in having a mother-in-law who might be a friend. A friend with whom they enjoy spending time and maybe even learning something, if they want to.

The truth is that I’m sometimes scared of losing my son forever, because unfortunately, I know a few men who have shut their mothers out at the urging of a new spouse, leaving their mothers heartbroken. I can barely speak the words as I try not to imagine what that might be like for a mother.

At one time, I thought that maybe having a boy was the easier route through life, avoiding the drama we girls seem to generate as teenagers. However, I’m realizing how much more difficult it may be to let them go as they grow older, because they jump out of the nest with both feet, willing themselves to fly even before their feathers are fully formed. They feel the pressure to be MEN and they propel themselves forward, and away from their families... as far as they need to go to find themselves.

I want to share stories about my son’s childhood with the person he loves, and what it was like to hold him and rock him to sleep at night. I want to laugh with them about the funny things he said as a preschooler and show off his baby pictures. I hope to share his triumphs and dreams from when he was a child, and fill in the blanks on any of the stories he has forgotten.

I want to love my son's partner unequivocally, just like my mother-in-law does for me. I'll be the second-worst mother-in-law ever. At least, according to Hollywood.

Kristin Shaw is a writer, mother, and wife based in Austin, Texas. She is the Director of Communications for Marathon Kids, and a freelance writer. Find out more about Kristin at KristinVShaw.com, and @KristinVShaw on Facebook, Twitter, and Instagram.