How the Power of No Changed My Life

Every time there is a family reunion at my parents’ house, they always have to tell at least a few stories how I would constantly keep them up at night because I was always so full of energy. I was hyperactive even in my early twenties. I wasn’t the type of person who could spend hours alone in front of a TV. I had countless friends, and I regularly spent time with all of them. Whenever they would call me for a fun activity, my automatic response was usually affirmative. In the beginning, I simply enjoyed being around these people. Nevertheless, I ultimately began suffering from a fear of missing out.

Even after I finished college and got a job I still made time for my friends. Of course, some of them started families and changed their lifestyles. So, instead of going out for drinks I would visit their homes. My friends often started calling me to babysit, which I would always gladly do. After all, I knew I was going to have kids one day so I wanted to prepare. I was single for the majority of time when nearly all of my closest friends got married. Although I would see them less often, I’d help them whenever and however I could. However, things changed some time when I finally met the one and had my precious twin girls.

My husband knew how important my friends were to me and he was always supportive, even when I wasn’t the best wife and parent. I still remember the countless times I left him home to take care of the twins while I was lending a helping hand to my friends or just spending time with them. I wasn’t taking the job of being a mom seriously, and I started feeling guilty about it. What’s really messed up is that I wanted to stay at home with my husband and kids but simply wasn’t used to saying “no” to my friends. I felt guilty just thinking about declining their invitations.

My stress levels began increasing dramatically and I became depressed because I was unhappy with my life. After my parents and husband convinced me to give therapy a try, I started feeling better. This is when I found out I actually suffered from a fear of missing out. I learned how to politely say decline offers and stop feeling guilty about it. It turns out I was worried for no reason because my friends and I are still as close as we were, even though we don’t get to hang out as much as before.

There used to be a time when I would help my friends with anything they needed, even if I didn’t really have time for it. However, I’ve no learned to prioritize and offer assistance only if I have the time. If I don’t, I just politely decline and say I’m unable to help. I avoid giving any explanations or apologies because that makes me feel guilty. Since my priority is currently my family, I spend time with my friends only if nobody at home needs me.

Although I may not be able to physically be there when my friends call me, now I help in different ways. For instance, last month a close friend called my husband and I to help her get rid of some old furniture and appliances. I politely declined but gave her a number for an excellent service that does junk removal in Toronto, and she ended up being extremely satisfied with it.

Of course, I have learned to say no to my parents and partner as well. Doing this enabled to have more me time, which definitely helps ease the stress of parenthood. In case you’re in the same boat I was until recently, just remember that you’re not a bad person for saying no. It’s normal to decline an offer if you don’t have time or want to focus on something else. 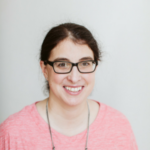 Mom of twin two-year old boys, full-time soccer coach, and animal lover, in that order, Kelly can be found trying to herd her children, on the soccer field or attempting to rescue another dog.

Returning to College with a Family Isn’t Selfish
How to Find Balance in Chaos
Self-Care; More Than A Trendy Hashtag
advertisement

Returning to College with a Family Isn’t Selfish
How to Find Balance in Chaos
Self-Care; More Than A Trendy Hashtag