How should we talk to young children about President Donald Trump? 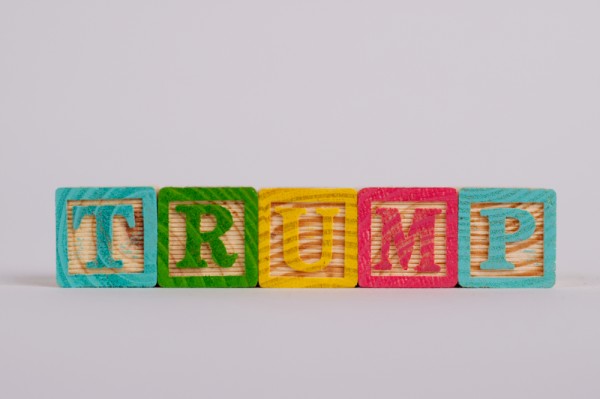 It is difficult to escape conversations about Donald Trump. Navigating this terrain is stressful enough with friends and family who agree with your point of view about this man and nearly impossible with those who don't.

I have traveled this road through decades of administrations from both sides of the political aisle. Having been the director of a small nursery school in the nation's capital since the days of Ronald Reagan, I have lived through both Republican and Democratic administrations and have always been proud of the way families from both sides of the aisle respected each other and formed lifelong friendships.

Example: two moms at the school who had a wonderful friendship found themselves boarding a flight for Florida to work on the Bush-Gore recount — for opposing sides. Rather than ending up being an awkward airport encounter, they both laughed and sat together on the flight south. Their friendship only deepened.

These days, there is a greater political divide and more negative rhetoric, especially about the President, is spilling into the earshot of very young children. As a result, I am hearing more parents ask the question, "What should I say to my young child about Donald Trump?" So, what do we do when young children are privy to talk about the Impeachment of the President and have questions when they overhear someone say that the President of the United States is the bad guy?

The first thing that I did when I awoke the morning after the 2016 presidential election was to write an email to my staff at the small Washington DC nursery school where I was the director. Although I did not know for sure the political persuasion of all of the 14 personnel members, I had heard many conversations about the two candidates for President in the months and weeks leading up to the election. And, I anticipated a negative reaction by many staff members at the news that Donald Trump had been elected.

I wanted to send a message that any strong emotions that they were feeling would not be appropriate to express in or outside of the classroom that morning.

Admittedly, I was checking my own shock and dismay at the outcome, and I wanted to be sure that others were as well.

My message to the staff that day made clear to teachers that no matter what they were feeling about the election result, they were expected to arrive at school with a smile on their face and a positive approach to the task at hand. While I believed it was necessary to spell out for them that tears and handwringing were not appropriate in front of the children, it did not immediately occur to me that some version of this same message would be helpful for parents as well.

On the morning after the election, when the first parent approached me with her three-year-old in hand tearfully declaring that the "bad guy" had won, I realized that some guidance to parents might be in order. The best that I could do at that moment was to state that I could see that she was disappointed but remind her that we were a strong nation and that we would survive. Her child though not crying, seemed anxious and welcomed my suggestion that I walk with them to the classroom.

I then spent several moments with the mother explaining how stressful it was for her child to see her so undone. Although it is difficult at times to model emotional strength, that is the goal, and in challenging times, we are called on to do so. She appreciated the reminder and asked me to help her craft a script for what might be the appropriate way to describe the outcome of the election. I suggested starting the conversation with something like this: my candidate didn't win; I am very disappointed. Still, I am going to work harder to help the candidates that I believe in, win future elections.

Young children readily pick up on our emotional state and usually mirror it. In a city like Washington, DC, politics is the town industry, and it is always in the air. Presidential debates have the same stature as the Super Bowl with watch parties planned accordingly. And the current Impeachment Trial in the Senate has captured everyone's attention, like no other recent event.

Therefore, parents who declare discussion of the President off-limits in front of their young children, still find themselves answering questions from them about Donald Trump. One family sought guidance from me when their child said, "if I'm bad, does that mean I am like Donald Trump?" They could not believe one that their child had referred to themselves as bad, and two, that their child was referencing Donald Trump. Where had she heard about Donald Trump? Could it have been something they or the nanny had said? Was it an overheard news story on the television or car radio, or from another child at school, or from an older sibling at a playdate in another home?

So, what is the proper response to such a statement? My reaction when young children label someone as bad, whether it's the child who knocked down their tower of blocks or the President of the United States, is to point out that I think there are no bad people, only people who do bad things or things that I don't like. When it comes to minor transgressions in the nursery school setting, it's easy to explain that someone forgot the rules and that we all forget the rules sometimes, it's obviously a more complicated scenario when we are talking about the leader of the free world.

To the family of the child who asked if he was bad like Donald Trump, as I often do, I suggested using this as an opportunity to find out what their child already knows about the subject. What is a President? How does someone get to be President? Do they understand that people will have different ideas about our country and who leads it? It is essential to point out that people being able to have different views, and the ability to express them is what makes our country great. After initiating such a conversation, I would make significant mention that our country has survived other presidents and ideas that we did not agree with, and I would make it very clear that we are confident that we will survive this presidency as well.

Unloading our doubts and sharing our anxiety about the current political times does nothing to contribute to our children's feelings of safety and security. It is our responsibility to reassure them that they are safe and that they need not worry about what the President says or does.

Children need to know that while some people may disagree with his words and deeds, there are people who do agree with him. And that on both sides, there are lots of people working very hard to make sure our country remains true to its ideals. And if the parents or people that they know are active in financial support or volunteer efforts, it is appropriate to share that as well.

It is imperative that we remain hopeful about the future of our country and that we do our best to share this optimism with our families. We cannot control political outcomes, but we can and must control the message we send to our children. 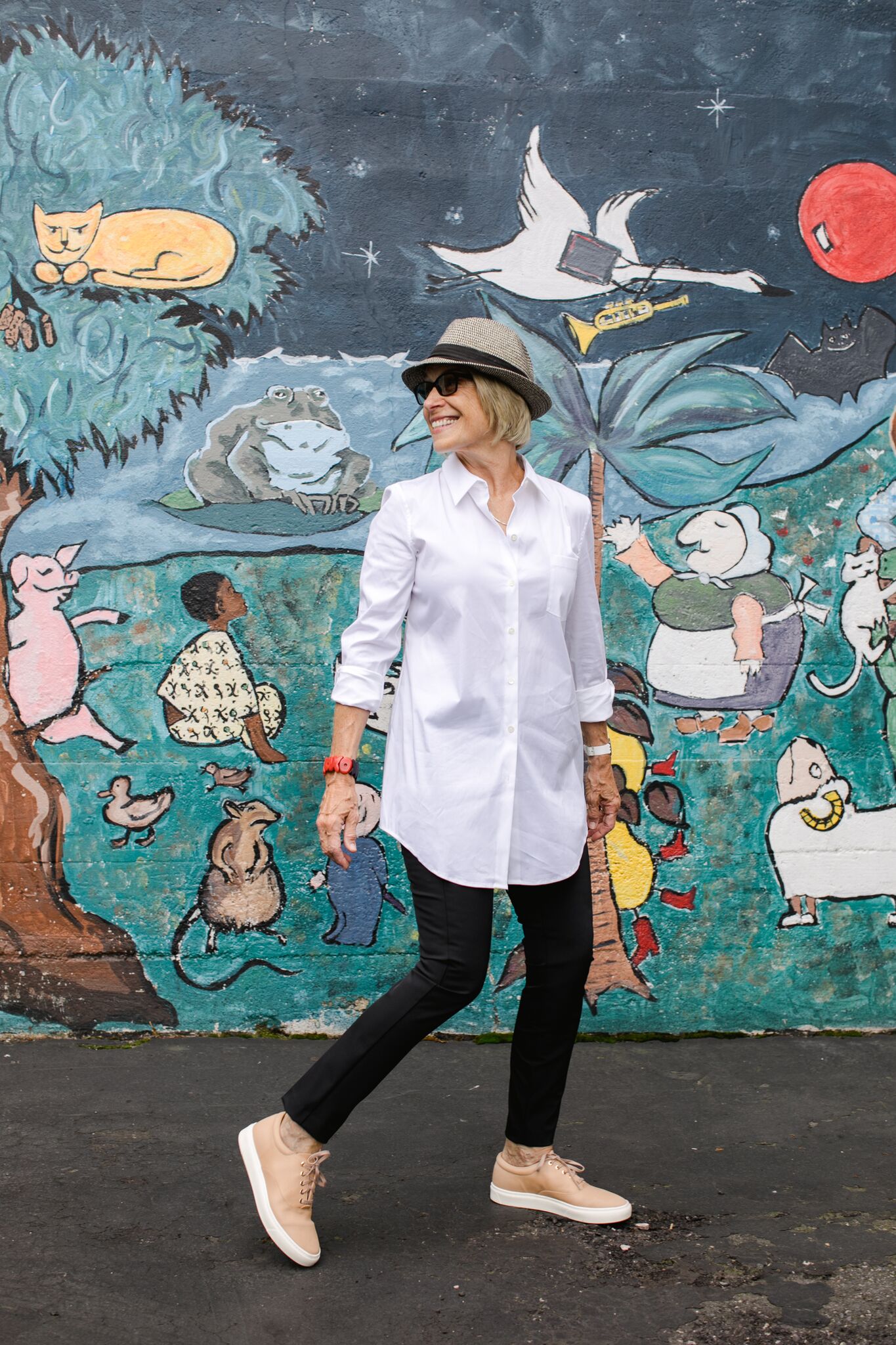 I am an award-winning educator, parent, step-parent, grand-parent and step-grandparent. My 38 years as head of a prominent Washington, DC nursery school and my life as a parent have provided the experience and expertise to help families navigate the tricky terrain of the twenty-first century.

"Mommy, should I be scared that Trump won?"
What's next? Be the GOOD...
'Twas the Night Before Inauguration ... Here's the NEW Story To Tell Your Kids
advertisement

"Mommy, should I be scared that Trump won?"
What's next? Be the GOOD...
'Twas the Night Before Inauguration ... Here's the NEW Story To Tell Your Kids