How I Breastfed for 18 Months

I want to start by saying that this is my story.

I am not a medical professional, but these are things that worked (and failed miserably) for me. Every story is different and every family’s needs are different. You are working hard to ensure the best life possible for your little one, and I applaud you for that. Even if our story is not the same, we can benefit from learning from and encouraging each other no matter what our journey looks like.

This is a long post because for me, breastfeeding was a long journey. My one hope for writing about such a sensitive topic is that if you are a mom-to-be or a sweet mama at home with a newborn right now that you will be encouraged. I hope that you know that there are hundreds of thousands of moms around the world rooting for you and that you are not alone, even if it feels like it sometimes. I hope that you will understand that even with the most difficult beginning, something beautiful can come out of that struggle. After all, nothing worthwhile is ever easy!

As soon as I found out we were expecting, I immediately started researching every aspect of having a baby. One of the very first decisions I made was that I wanted to try to breastfeed for as long as possible. At the time, I had no idea what that actually meant, but I knew that it was best for the baby and best for our pocketbook. So I stocked up on (what I thought were) the essentials, watched videos, took classes, and prepared myself to be a breastfeeding mama. 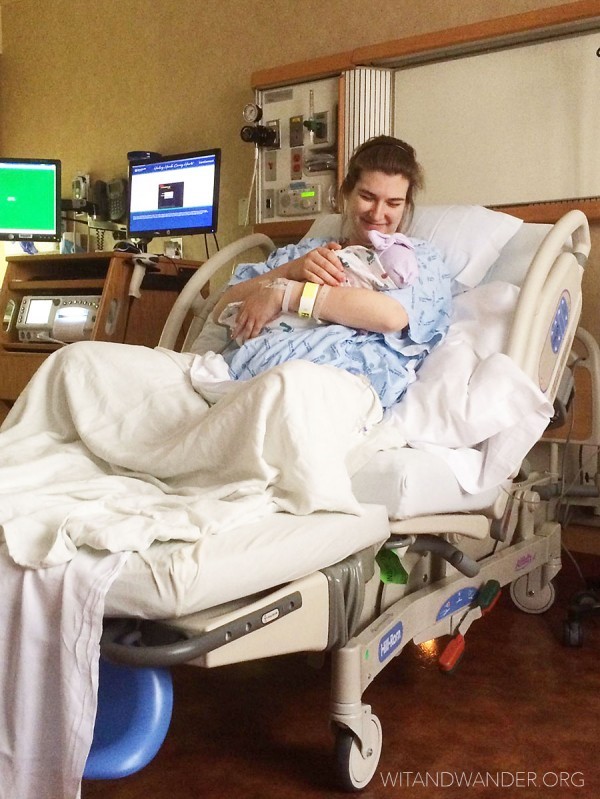 The day our little girl was born was pure bliss. We had over an hour of skin-to-skin contact as soon as she was born and she seemed to take to breastfeeding just fine. The next day I started to realize that she wasn’t really getting any milk, but I didn’t panic because I knew from my research that it was normal. A lactation consultant visited my room in the hospital and I politely listened, but honestly I was exhausted and I missed most of what she said. By the next day, a second lactation consultant visited our room and I tried hard to pay attention because I could tell my baby wasn’t getting any milk. The lactation consultant had a Hospital Grade Pump brought to our room and I tried it once, but it made me so uncomfortable and I wasn’t getting anything, so I gave up.

When we left the hospital, I was starting to feel very sore and I was feeling a little more desperate. The next morning, we noticed our little girl’s coloring was off (she was practically glowing), so we took her to the pediatrician for a bilirubin test to see if she was jaundiced. When the doctor weighed her, they discovered she had lost about 13% of her birth weight. I told my pediatrician about my breastfeeding trouble and she recommended that we immediately begin supplementing with formula and that we all go see her lactation consultant.

At this point I completely broke down right there in the doctor’s office because supplementation was never an option in my mind. Honestly, I felt like a complete failure. This was the one thing I had my heart set on. I thought that if we started with formula I could never get back to fully breastfeeding. Fortunately, I now know how completely wrong I was - but those feelings felt so real in the moment. I had set expectations for myself that had nothing to do with my baby’s health and had everything to do with my desire to be a “perfect” mom.

We went to our pediatrician’s lactation consultant (this was number three, if you’re counting!) while we waited for the jaundice test results and she was one of the most compassionate people I have ever met in my life. She showed me how much using a Boppy (or any breastfeeding pillow) could help, taught me a way to hold her that worked for us, and gave us the first formula our daughter would ever have. 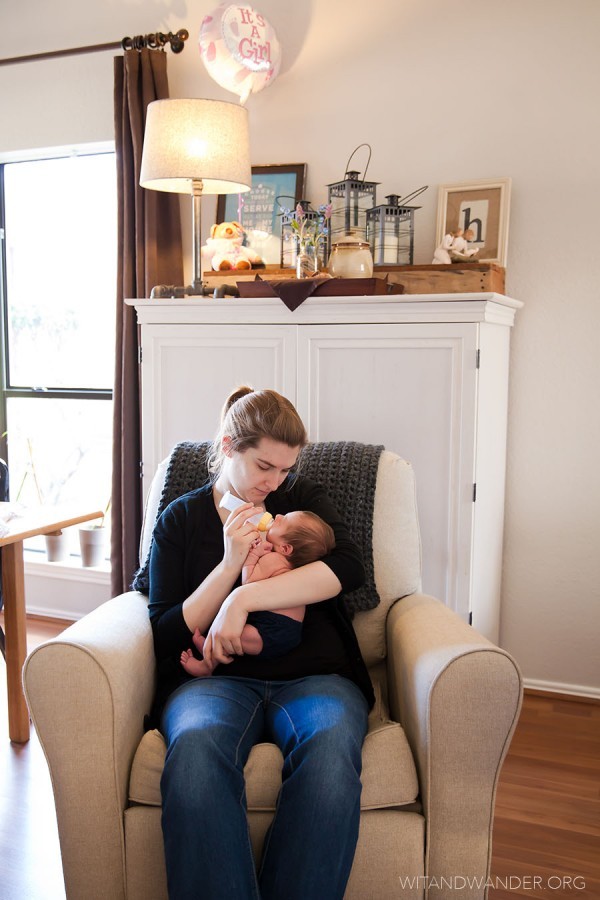 As soon as my baby started gulping the formula, I felt an immense amount of pressure release from my shoulders. There was no longer a rush to figure this breastfeeding thing out. She was receiving the nourishment she needed and we both could take our time learning to breastfeed. I told this consultant about my soreness and she talked with our pediatrician to find out if our little girl might have a tongue tie.

We got the call later that evening that our daughter’s bilirubin test had come back and her counts were very high. We needed to take her back to the hospital immediately so they could begin light therapy for jaundice. 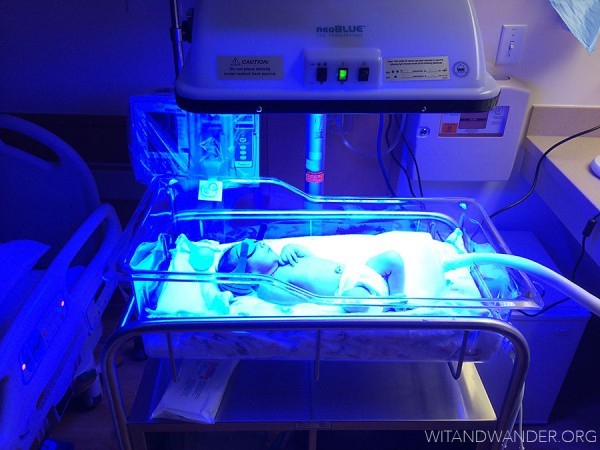 While we were back in the hospital, a specialist was called in and he determined that our daughter did have a tongue tie. The procedure to correct it took less than 10 minutes and was way more traumatic for us than it was for her. We also met with yet another lactation consultant. She tried to put us on a breastfeeding schedule when I broke down and very vulnerably asked, “What if it hurts too much for me to feed her at all?”

This might have been my lowest point. I was frustrated, exhausted, stressed out, and hurting so much I could barely think straight. She very calmly changed her whole demeanor and started talking to me about a medicine that can treat thrush and a cream that is much easier on soreness than Lansinoh. She also suggested that I rent a hospital grade pump and exclusively pump to give my body a chance to heal.

Those words were exactly what I needed to hear. Someone finally understood what I was saying. I took all her suggestions and my body slowly began to heal.

The first part of my breastfeeding story happened within about a week of our daughter being born (although it felt like much longer!). After the initial fiasco, it took several more weeks before the thought of breastfeeding didn’t terrify me. For about a month, I would try to get her to latch and eat directly from me first, then I would pump while my husband fed her the expressed milk. Slowly we were able to pump less and less until she finally established a good latch and we could save pumping for times that I would be out or miss a feeding.

Honestly, the biggest factor was time. Our daughter was born on February 7 and I sent this text message to my mother in law on August 18. 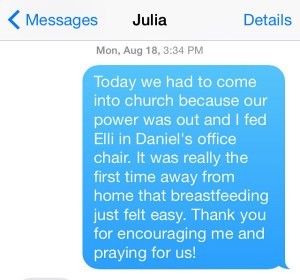 It took about 3 months for me to really get used to breastfeeding and nearly 6 months for me to be comfortable doing it outside the house. I battled postpartum depression during this time, so there were other factors in my struggle with breastfeeding, but it was definitely a test of my patience and endurance. There were so many times that I just wanted to give up and it took a strong support system to constantly encourage me that it would be worth it in the end.

After I hit the six month mark, I noticed that I didn’t even think about breastfeeding anymore - it was just a habit. At one time it was a huge ordeal to even leave the house for an hour, but now that I was comfortable I could feed her in the car, in a dressing room, and on a plane. I could even feed her in the middle of crowded places and (unless someone was a super sleuth or a fellow breastfeeding mama) no one would be any the wiser.

It was at this point that I actually started to really enjoy breastfeeding. Frankly, it was easier than cleaning bottles and more convenient. I didn’t have any more issues - even when she got teeth and started eating solid foods. I had always planned to breastfeed her until she was one, but her birthday came and went and I saw no reason to stop. Every time she ate, it was a great time for both of us to snuggle and relax together. My body was still producing milk and she kept asking for it. ‘Milk’ was actually her very first word in sign language!

We fed four times a day up until about 16 months when she just didn’t seem as interested anymore. She only asked twice a day. Then by 17 months it was down to once in the morning. We are actually still breastfeeding for a few minutes each morning, but I can tell it’s more for comfort than for nourishment. I’m guessing that within the next few weeks she will get distracted by a baby doll or stuffed Minnie Mouse and we’ll quit breastfeeding completely.

I know one day very soon she will be over my boobs, but until then I will savor every moment and enjoy my sweet time with my crazy girl.

A version of this post originally appeared on Wit & Wander. 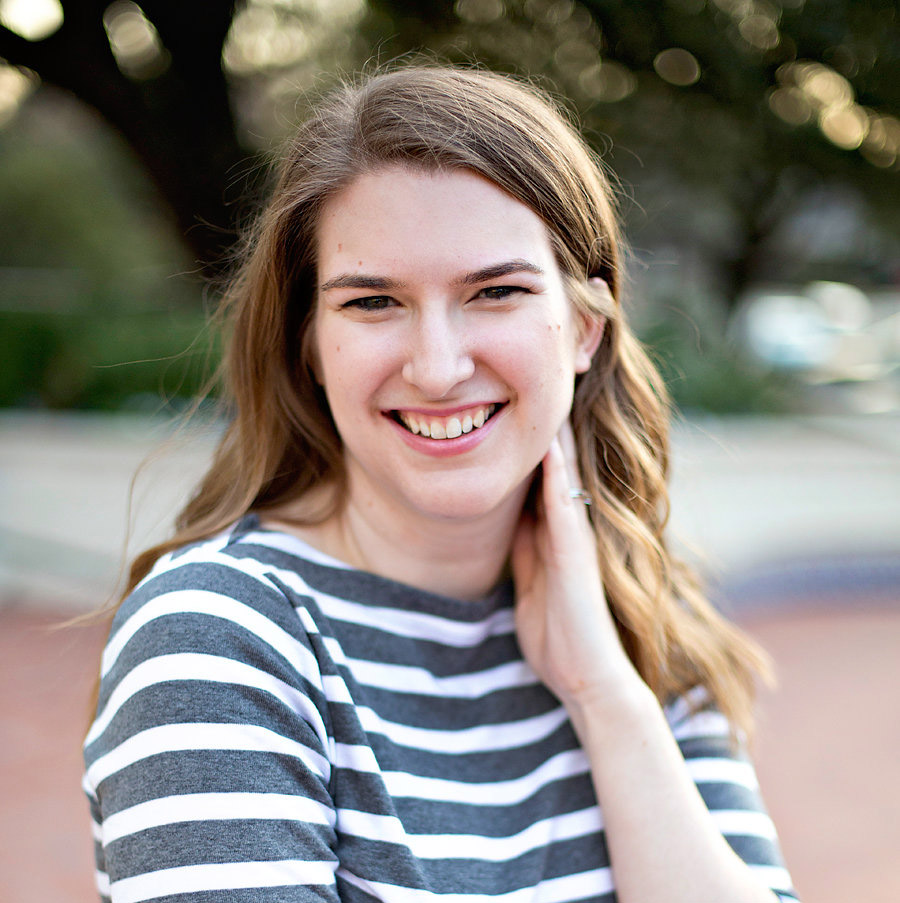 Megan is the blogger behind Wit & Wander. She shares ideas to make life with little ones less hectic and more creative, beautiful, and fun through party plans, craft projects, easy recipes, and free printables.