How has it already been three years since I last held my son?

Published by Elizabeth Gerlach on April 27, 2019 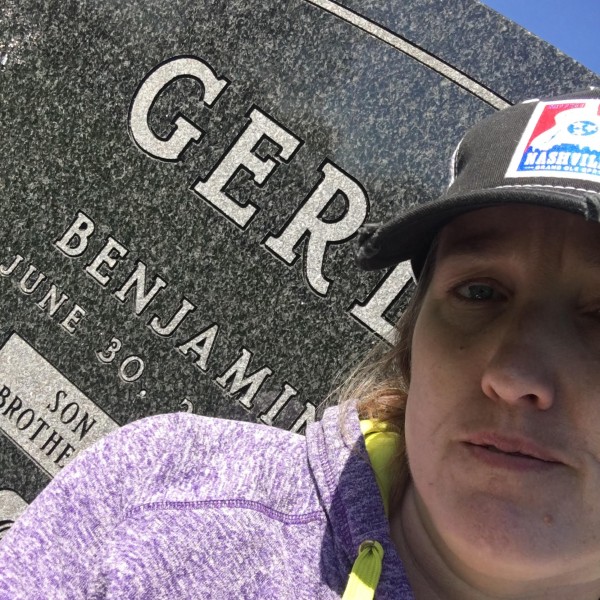 Ben died on May 2, 2016. Somewhere around 11:15pm. I don’t remember specifically because there wasn’t a dramatic “time of death 11:15pm” from the doctor that you typically see on any tv medical drama. I just remember I received a call from the PICU around 10:30pm saying that Benjamin had an ‘episode’ and I should come to the hospital as soon as I could. My husband was actually already on his way. I had been in Ben’s room all day, and Rob and I were doing a shift change. He would stay overnight.

It was a Monday.

Earlier in the day, we were fortunate enough to get a room at Ronald McDonald House in Chicago for that night so we could all be near Benjamin. After the call, I woke the kids (Ben’s triplet brother and sister) and decided to take the shuttle to the hospital. We had to wait a very long time.

We finally arrived at the main entrance and were met by a nurse who took us in a secret elevator meant only for staff … and I suppose emergencies such as this. It was a quicker, more direct route. We were met by the chaplain who would watch the kids, shoeless and still in their pajamas, while we were with Benjamin. They were ready for us – the family that was losing their three-year-old son.

When I found out I was pregnant with triplets, I joined a mom’s group for multiples and found people like me. A year later when Benjamin was diagnosed with cerebral palsy, I again sought out others like me and families like ours. But after Ben died, I didn’t want to find others like me. This is not a group any mother wants to be a part of. People don’t want child loss as the common ground. It doesn’t make the days any easier.

I spent the first few months laying on my couch, barely wanting to move but needing to for the sake of my other two children. They didn’t truly understand what had happened and were too young to grasp the concept of death and heaven. This was clear with every statement from them that began with, “When Ben comes home ….” in the months that followed.

What has worked for me is choosing to believe that this was meant to be Ben’s story and his path. He served his purpose here. And I know that as his mommy, I needed to help him continue to live on. He was beautiful with a beautiful smile and a beautiful spirit. I want others to be impacted by that and to continue to see him.

My husband and I established the Ben Smiles Memorial Foundation in spring of 2017, around the one year anniversary of Ben’s death. I then decided to create a children’s book about a happy little triplet brother who loves adventure, loves his family and has joy. Oh yeah … and he has a disability but that is okay.

I’m fairly certain Colin and Ava don’t have any real solid memories of their brother because they were so young when he died. But both the foundation and book give them something they can grasp and be proud of. They know him and know that we give toys to kids in his name. And they know he has a book, known to us as “Ben’s Book”.

Ben loved being outside. He would turn his sweet face toward the sun and squint and smile. So I sit here in the bright warm sun at the cemetery, trying to be as physically close to him as possible. Feeling the breeze. Listening to the birds chirping. Watching the butterflies flit around. Trying to find and appreciate the beauty and the purpose in this life.

Next week marks three years since I last held my son. In some moments, it seems like yesterday. I can remember every little detail. But then on some days, it feels like an eternity. And this one question still remains, “How am I supposed to live my entire life and not again hug my child”?

That is a question I don’t know the answer to but am somehow able to survive through the days. Some of you may believe in God. And some of you do not. And that’s okay with me. I will love and respect you regardless. But I choose to believe. And I know that each day that passes brings me one day closer to being reunited with my unbelievably perfect son.

I try not to think about what he would be like today. That is pointless and doesn’t offer comfort. I see him in his brother and sister. He’s still here. He’s still with us, in my memories and in our photos that fill our home, in our efforts with the foundation and in the children’s book stories I will write. And maybe one day we’ll find just another way to honor him and continue to spread his joy with others. Who knows. But for now, I’ll turn my face to the sun, close my eyes and smile and remember my beautiful boy.

When Ben Comes Home.
When I see a child smile, I remember the lives touched by my son's death
Mom, What Is Your Job???
advertisement

When Ben Comes Home.
When I see a child smile, I remember the lives touched by my son's death
Mom, What Is Your Job???