How Does Social Media Effect Our Girls?

When I was a young girl, I was fat, poor, brown haired girl in a town where you only mattered if you were slim, blonde, and rich. I was the butt of jokes and a bully magnet. I was able to escape by spending days on the barn roof, reading, or riding my bike around our large Texas town. When we moved to New York when I as 13, I was surprised to see that my past labels didn’t follow me. I actually was kinda a cool kid- my Texas drawl, the newness of me gave me a chance. I was judged on ME, not what others has said about me. There was no Facebook, Twitter, Instagram for people to search to check out who I was. They decided when they met me.

It’s not the same for girls today. Their lives are documented on Social Media, and that doesn’t go away. 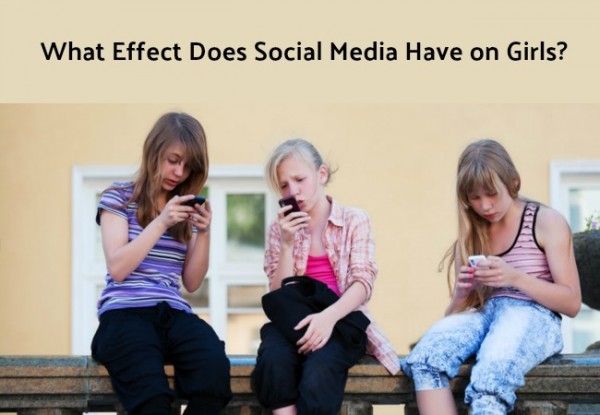 Social Media is the currency of many girls earlier than ever. They can’t escape it, and boy does it shape them. They become consumed by it, living their lives for the social world, instead of real life. Likes and comments are what fuel them and can also devastate them. I know this in particular by my daughters horrific cyber-bullying, which led to a suicide attempt, to her use of social media to become an anti-bullying and mental health advocate. Social Media can be heaven, and it can be hell, but it’s really changing the way our girls grown up.

First of all, they are getting started younger and younger. Christine Michel Carter spoke about the consequences, saying that “ In the short-term she may start to question her offline friendships or how popular she is, if she sees friends connecting offline for social events and posting photos at said event in real time. This also relates to a possible questioning of her attitude, beliefs and behavior, all things she might have once had confidence in prior to being exposed to social media. In their adolescent years, social media can make a young girl put more emphasis on likes and comments than their convictions.”

How many mothers have had to comfort a crying child who has seen “everyone but her” a party or event? I’ll be honest, when I see a group of friends out having a great time without me, it stings.

Christine also says: Seeing images of girls their age 1.) already accomplishing their intended goals or 2.) whose features look different from their own can lead to insecurity, doubt and feeling like a failure. (In the latter case this is unfortunate, because not only does beauty come in all shapes and sizes, but also more often than not these images are altered.)

If you’ve ever seen a perfectly curated Instagram feed of a teen with every photo that shows perfection, I’m pretty sure that most girls don’t think about the 50 or so shots and the editing it took to get it that way. My daughter takes some amazing photos of herself, but when she puts up pics without makeup, sweaty and maybe even being upset, the response she gets is overwhelming. As an overweight teen, she owns it and shared her struggles and realism, and the girls respond. So many girls tell her that they felt like they were the only ones feeling that way, or dealing with a zit, not being able to find clothes. or whatever. Being real online is important. There seems to be a huge push to be sexy, sultry and exotic- even for tweens. There’s a lot of exposure to sexual images double entendres and coded emojis on these sites and the exposure can lead to curiosity… both online and offline.

We as adults may think the importance of social media to our girls is silly and not important, but let’s remember when we were young, how important things were to us. Just as my bullying and subsequent acceptance shaped who I am today social media will help shape our young girls into the women of tomorrow. We need to become aware of just how it's shaping. them.

Teens and Bullying - How To Help
Be Proactive, Not reactive
Can Beauty Pageants Prevent Bullying?
advertisement

Teens and Bullying - How To Help
Be Proactive, Not reactive
Can Beauty Pageants Prevent Bullying?