Holiday Traditions Are Sometimes Better Broken, Especially After a Divorce

Published by Stacey Freeman on December 12, 2018 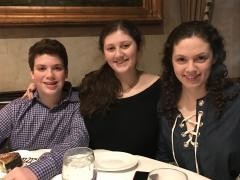 When my family and I moved to our present community more than 12 years ago, I felt like I was finally home. We had only moved seven miles away from our first house, the one we brought our three children to after they were born, but I never thought of it as the place where we would raise them to adulthood.

From the moment I saw the house we live in today, I knew this was where our kids would grow up. What I didn’t count on is that six years later, my husband and I would divorce, that he would move to Asia for work, and I would get full physical custody of our children, then 11, 10, and 6. The life I had planned for us, for them, was shattered, the traditions we had been creating—most notably holiday dinners and vacations—interrupted.

There is a Yiddish proverb, which goes like this: “Mann tracht, un Gott lacht.” It means “When man plans, God laughs.” Knowing this, I still, in my utter naivety, tried to maintain the status quo. Oh, the pressure! And the stress I created for myself in the process as I tried to recreate holidays, family vacations over school breaks, and pretty much everything else in between after getting divorced as if nothing was different.

Except everything was different. The futility of trying to do it all and now myself was exhausting. And why I stopped planning so much and started adapting to my ever-changing surroundings more, including not having my kids on the holidays or expecting to spend the holidays without them and finding out last minute they would be with me after all. For a once Type-A personality like myself who planned everything, I now laugh a whole lot more as I let changes and disruptions roll off my back like a champ. Instead of freaking out, I ask myself the following questions.

“Does it matter?” So what if I can’t celebrate with my kids at precisely the time I want? Will it make a difference in the relationship I have with them if they spend New Year’s Eve with their father versus me, and I wish them a “Happy New Year” over the phone? Because that’s what happened last year when they spent Christmas break in Hong Kong with their dad and I got a text at midnight, my time. I got to see them the next day when they came home. Laughing and catching up over Chinese takeout then made for a perfect evening in my book.

“How can I make it happen?” According to our divorce agreement, our new tradition was to be that my ex-husband spent every Christmas break with our kids. He lives far away, and because those school breaks are usually longer, having the holidays to himself meant he could maximize his parenting time.

As they often do, plans changed. My ex-husband married a woman who celebrates Christmas (we’re Jewish), and a few years later, he is a father to a young daughter and has another on the way. He must now figure out how to see all of his kids and wife during this time. Given the distance, this isn’t always easy or even possible.

This year, we’re splitting Christmas break; he gets half, and I get half. As luck would have it, my half conflicts with a trip that I have planned. With help from my mom and stepfather, I’m still able to get away for a few days. And if it weren’t my parents giving me a hand, I would have figured something else out because where there’s a will, there’s a way. Am I facing a roadblock or an obstacle I can move around? I decide.

“Who do I want to thank?” There is a holiday tradition here in my life for the long haul, no matter what or how challenging my situation becomes. It's to express gratitude for all that I have in my life, especially the people who support me every single day with childcare, an invitation, a ride for my kids, a phone call, and a smile when I feel like I can’t summon one on my own.

A divorce, no matter how amicable, stirs things up, sometimes for the better, sometimes for the worse, at least in the beginning. My growth after mine, however, is a testament to the fact that even the greatest of hardships, those changes in plans I feared so much and cursed to God about when faced with them, are the ones I need to be grateful for the most because they’re what’s propelling me and, as a consequence, my children toward a more meaningful and fulfilling life. What we lost in tradition, we gained in possibility. 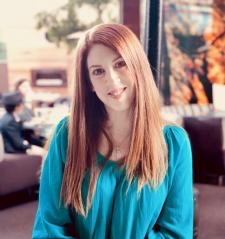 Stacey Freeman is a New York City-based writer and the founder of Write On Track, LLC. Her writing has been published or syndicated in The Washington Post, The Lily (Published by The Washington Post), Entrepreneur, Forbes, Good Housekeeping, Cosmopolitan, Woman’s Day, Town & Country, SheKnows, Yahoo!, MSN, HuffPost, Popsugar, YourTango, xoJane, Scary Mommy, Maria Shriver, The Good Men Project and other well-known platforms worldwide. Stacey is frequently called upon for her expertise and insights and has been quoted in The New York Times, HuffPost, and SheKnows, to name a few. Oh, and she’s a single mom of three amazing kids. For more information about Stacey, visit www.writeontrackllc.com.

Marriage Truths: The Holidays
The Elf on the Freakin' Shelf
The Secret to Having a Merry Married Christmas (with Kids!)
advertisement

Marriage Truths: The Holidays
The Elf on the Freakin' Shelf
The Secret to Having a Merry Married Christmas (with Kids!)