He was the light at the end of the tunnel 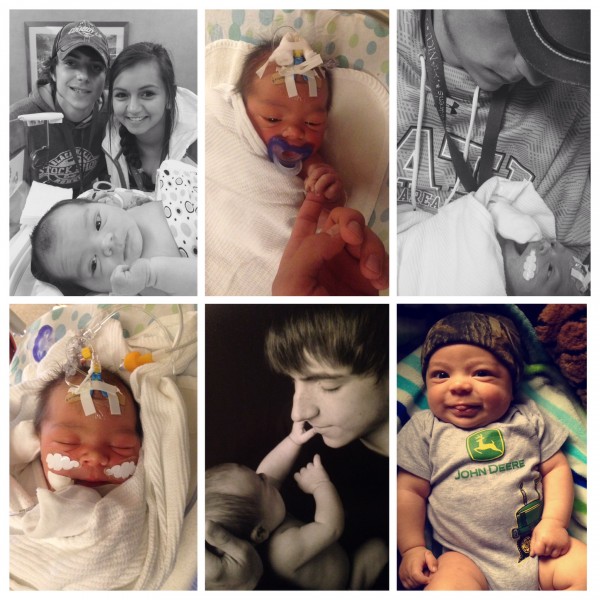 Zach and I were sophomore and junior when we met in high-school we didn't know it at the time that our friends ship would turn into something much more. I thought Zach was the sweetest and cutest guy around, he is respectful and thoughtful... Almost a year ago we found out that we were expecting, Zach being 20 and myself being 18 we didn't know what would happen next, we just knew that we would take this challenge and turn into a blessing. After getting over the shock we were excited to start this new chapter in our lives and were determined to be the best parents we could be for our son.

I had a quite a few problems in my pregnancy and was very uncomfortable all the time, I then of course went over my due date and the day I was planning to get induced I went into labor. I was in labor for 23 hours and had gotten two epidurals because the first one stopped working, Zach stuck by my side the whole time and never left the room the whole 23 hours we were there. He did everything he could to try and make me comfortable. In two hours Greyson (our son) was born they placed him in my arms and in seconds he was gone, I looked over and saw a few nurses and my doctor surrounding him. I was in so much pain from my tailbone being fractured that I was not aware of what was going on.

I look around and the look on everyone's face was not a good one, Greyson was septic when he was born and had ammonia. They finally got him to breath after putting the tube down his throat and the oxygen in his nose. He had to be air lifted to the nicu in Sioux Falls, I of course could not go with, which for a mother is very hard. I didn't know if I would ever see him again.... Zach and his mom drove to Sioux Falls to be with Greyson, after being up 23 hours we were so exhausted and would for sure not be getting any sleep with this going on now.

I got discharged that same day I had him, determined to get to Sioux Falls with my family. Once I got there Zach took me back and showed me what to do with him. He was a natural and did not miss a beat when it came to what they were doing with Greyson, he didn't once leave his room. Looking at our son hooked up to wires and iv's and monitors was not easy, seeing a little innocent life get to see the world for the first time in such a terrible way is heartbreaking. Watch Zach with Greyson was the most amazing thing I had witnessed in my entire life, when that little boy looked at Zach and just stared at him I knew and he knew that his daddy would never leave him. Every Time Zach talked Greyson would turn his head that way knowing his dad was there.

It was hard to remain strong the whole time we were there, being away from home and away from friends and family while trying to take in all this new information we had never herd of was difficult. Zach was always my positive reinforcement, he always assured me that everything will get better and that we would be going home soon. He wanted to do anything I wanted to do and helped me with everything I needed, because I was in rough shape from leaving the hospital the same day that I had Greyson.

All of a sudden one day Greyson had made a complete 180, finally, something we wanted to hear! The doctors and nurses were all surprised and we were SO happy to hear we would most likely get to go home soon, after lots of antibiotics and 5 spinal taps it was finally the day we got to leave! We had never been so happy to be home.

Zach is doing amazing as a first time father, he always gets up with him when he knows I'm exhausted and he will pick him up from his moms if I'm a little late. He knows just what to do if Greyson is crabby and he plays on the floor with him and visits when he's happy. Greyson follows him everywhere with his eyes when Zach is home, his dad is his hero. Today Greyson is 2 months and 2 weeks old and he weighs about 13 pounds (big boy!) ... He is the happiest baby and we are so lucky to have him healthy and here with us today! Zach will never understand how much we love him and appreciate his sweet heart. He is a hard worker, a great fiancé and, the best dad ever!!! I couldn't have went through everything without him! We could never thank him enough. 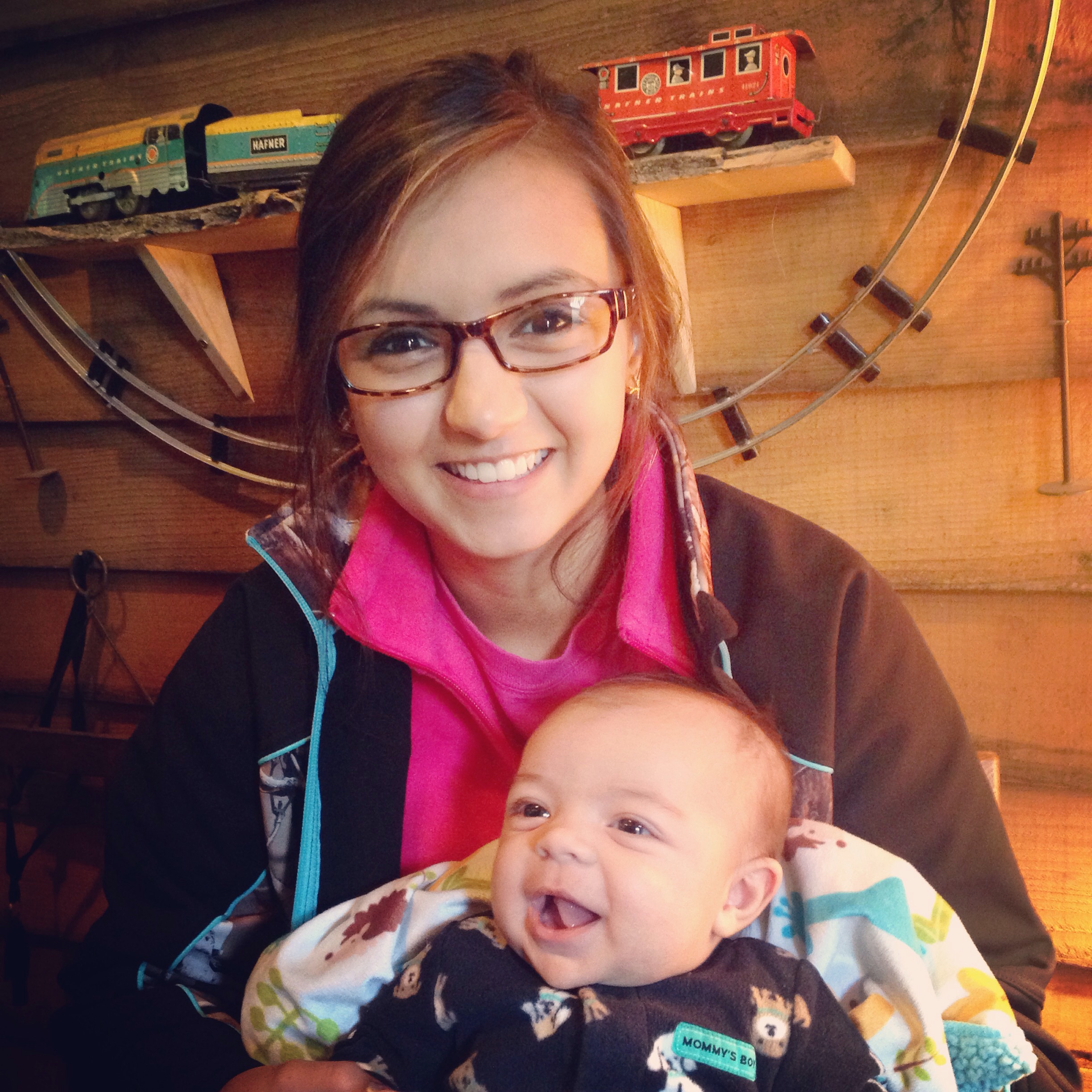 I have a beautiful family! Greyson, my son. Zach, my fiancé. A house cat, two farm dogs, and our baby deer that we are raising! We LOVE the out doors! (Farming, hunting, fishing, camping, ect...)

My Son's Birth Story: From the Perspective of an Adoptive Mom
Santa Is Real- How One Man Proved This Time and Time Again
My Dad Hero--A Man of Strength and Humility
advertisement

My Son's Birth Story: From the Perspective of an Adoptive Mom
Santa Is Real- How One Man Proved This Time and Time Again
My Dad Hero--A Man of Strength and Humility