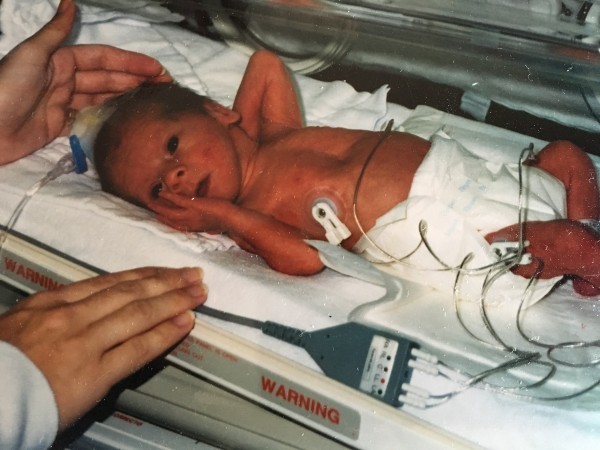 Even though it has been over 28 years ago that our twin boys were born, it seems just like yesterday. Pregnancy was going well and only thinking we were only going to have only baby, I started measuring much bigger than I should be. It was time to do an ultra sound ahead of time and that is when we found out there were TWO! I was so scared and I knew it was going to be challenging and a chance of delivering before due date.

My doctor put me on bed rest at 30 weeks and the goal was to get to me to at least 35 weeks, but 37 would be the best. The following week I went into early labor it was so scary, but the amazing nurses and doctors as St Luke's in Boise did their best to help me through this. I ended up being in and out of the hospital for the next 5 weeks each time trying to stop the labor. I was so sick with the drugs that they used to stop labor, but I what ever I could that was in my power. I had been out for 4 days, the day before Halloween we went to the doctor and he said if I start having contractions again we will let you go. He felt the babies would be strong enough and also didn't think they would be able to stop the labor again. Well it happened that night, the contractions started coming again and after 12 hours I had them naturally. I had them 32 minutes apart which made it a very exhausting labor, but we did it. I heard them cry and they let me see them and then they were rushed to the NICU. They both weighed 3 lbs 15 oz, Baby A (Christopher) and Baby B (Nicholas). Things seemed to be going okay and then about 1 hour after delivering the NICU doctor came in and said Nicholas lungs were not doing well and had an option to give him Exogenous surfactant (Exosurf), at that time it was an experimental drug, we did not hesitate and signed the paper. They felt this was his only option and if we didn't there was a high chance he would not make it. We are so blessed that medication saved his life. It was scary for the first 7 days as he got below 3 lbs, but then he started to go the other way. Christopher was doing well and just working on getting him to eat. Leaving them each night was so hard, but I knew they were in amazing care.

We were able to take Christopher home after 16 days and Nicholas kicked butt and we brought him home after 19 days. An amazing turn around and we can not say enough about the amazing staff, doctors and our pediatrician. The boys both excelled in school and are strong 6 ft young men. We have been so blessed with how early and small they were coming into this world. 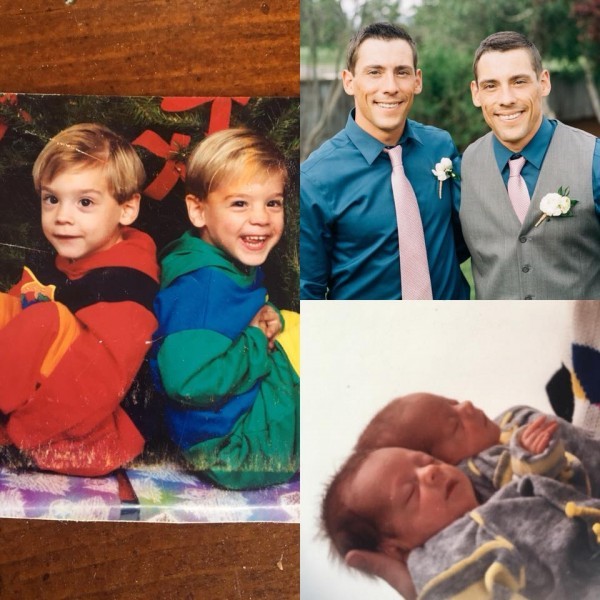 Rainbow Baby
Luckier than most
Untitled