Published by Rosemary O'Connor on March 7, 2018 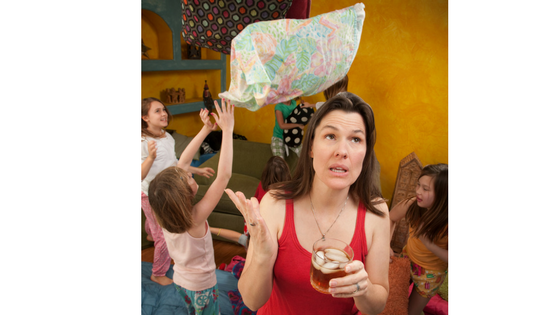 3 Secrets to Overcome Guilt for Moms

Guilt: The gift that keeps on giving.

Guilt is the constant companion of the alcoholic or addict, maybe even more so for a woman. Every mother feels guilt about her parenting from time to time. That’s doubly true for women who have created drama and caused distress for their children by drinking or using—possibly inflicting psychological damage. Here’s one story from my past that still makes me cringe. Due to my drinking, I was separated from my husband, but was still living in my beautiful Northern California home with my three children, ages two, five, and eight. I was the top salesperson in my company and still getting promoted. I had the perfect job for a drunk, taking clients to lunch and dinner, with lots of drinks on the company dime. Things looked good on the outside but they were rotten within.

I promised myself I was only going out for two drinks. I told the eleven-year-old babysitter I’d be home in a couple of hours—no later than nine. I walked out the door on my way to a fancy charity event, the Fireman’s Ball at the San Francisco Yacht Club. I was all dressed up in a long, sequined gown, high heels, hair and makeup to the nines (for me it was all about looking good on the outside). At the event, with drink in hand, I started chatting up a guy. I was doing straight shots of tequila and quickly spent $200 buying drinks from the bar—what every classy lady does. Mr. Not-So-Prince-Charming invited me to continue the party at his place. I remember following in my car, gripping the steering wheel, trying to steer in a straight line. The next thing I remember is waking up in Mr. Not-So- Prince-Charming’s bed at ten the next morning, thirteen hours after I’d told the babysitter I’d be back.

I drove home overcome with dread, silently promising never to drink again. The scene that met me there was Dickensian: my three children were lined up on the sofa in their pajamas, eyes wide with horror, staring at me. On either side of them were my best friend, Lori, whose daughter had been babysitting, and my estranged husband. They didn’t look too friendly, either. And no wonder—I was still wearing the sequined gown from the night before, which I’d thrown up on, and my hair and makeup were in shambles.

Lori looked me straight in the eye. “You’d better get hold of yourself,” she said, and stormed out. My husband looked at me with utter disgust. I got the message in his glare: If you don’t get your act together, I’ll take these kids away.

As he gathered the kids to go upstairs for their stuff, my five-year-old son asked me, “Mommy, are you okay?”

I was not. For the first time in the twenty-one years I’d been drinking, I acknowledged there was something really wrong with me. I said, “No, Mommy is not okay.” He grabbed me and hugged me. Then he ran upstairs crying.

My soon-to-be ex-husband left with my children and went to his house. I was alone, an empty shell, physically, spiritually, and emotionally bankrupt. What I feared most was that I would continue to do the same thing over and over and lose my children. This was not the mother I intended to be. That was my bottom. And I knew in that moment that if I didn’t get help, five o’clock would roll around and I’d be drunk once again.

Before recovery this was the picture of what I had become— a drunk, scared, and horrible mom. A mom who knew only one way to deal with these feelings: to drink again. .

I thought the feeling of guilt would end once I stopped drinking. But from time to time friends or family brought up an incident from our past, and out of nowhere the shame and guilt would rise up in me automatically. The first time this happened and I was able to face my guilt without drinking, I was ninety days sober, at a friend’s seven-year sobriety party. The people at the party were sitting in a circle, taking turns naming the ways in which my friend had changed as a result of her sobriety. Suddenly my nine-year-old daughter announces, “Yeah, and my mom doesn’t yell at me anymore!”

Everyone laughed, but I was horrified, overwhelmed by guilt and fear that I’d irreparably damaged my kids for life. That night I sat my kids down and made them a promise. If I yelled at them, I said, I’d give them a quarter. My five-year-old son looked at his sister and said, “We’re going to be rich!” They were excited about the money, but I needed to deal with feelings about what a horrible mother I had been. If we continue to beat ourselves up about our past and wallow in self-pity, we will not be present for our children, and, worst of all, we pass down our shame to our children.

Another time early in my sobriety when I was suffering from remorse about how my drinking and alcoholic behavior had damaged my children beyond repair, I was given a moment of grace. I was walking to the beach with my father and my adorable three-year-old son. My father asked my son what he wanted to be when he grew up. Without missing a beat my son said, “I want to be an alcoholic.” I was still feeling so shameful and worried about what my father was thinking about my alcoholism. Oh good God! I thought. Yet even though I was afraid of what else my son might say if the conversation continued, I decided to ask him why. He responded, “Because alcoholics don’t yell, and they laugh a lot.” My son didn’t understand what an alcoholic really was. But what he did know was that when I drank, I screamed and yelled a lot, and when I stopped drinking I stopped yelling. What my son didn’t know was that I was able to stop yelling with a lot of help from other moms in recovery.

As we continued to walk toward the beach, I flashed back to a few months before I got sober when my father had looked at me and said, “You have got to stop yelling at your kids.” Now, as I felt my toes in the sand and savored the precious time spent with my father and son, I was overwhelmed with the feeling of grace. It was at that moment that I realized the miracles of recovery were healing my family and me in more ways I ever could have imagined. I didn’t have to beat myself up about the past anymore. I could forgive myself. I was making my living amends by being present with my family and not screaming at my children. And I realized that staying sober is the best gift you can give your children and the legacy of your family. 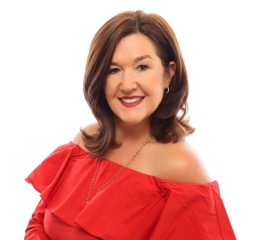 Thought leader in the field of addiction for women and mothers. I'm a Hazelden author, blogger, certified life and addiction coach, creator of many services related to the healing of addiction. My focus is helping moms recover from any addiction and help them heal and create an incredible life for themselves. For more information www.sobermomsguide.com