Groupings: Changing the trajectory of hate and division, one child at a time. 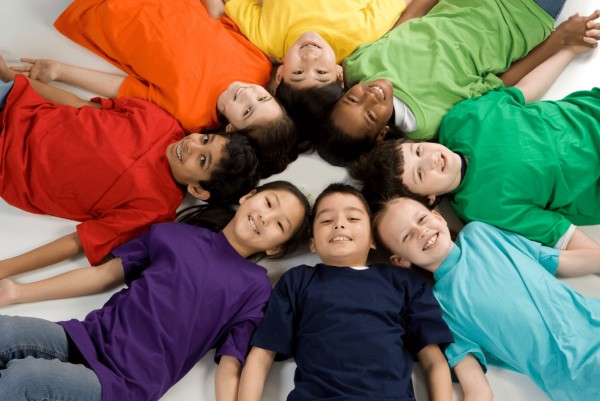 Years ago, I was walking my children to school. The sidewalk is narrow, and almost every day that we turned onto the last stretch of sidewalk, a family walked toward us, having already dropped their children at their classrooms.

There were five adults in this group every single day. I never knew them personally, but I knew it was a game of “chicken” each day to see who would move off the sidewalk so we could pass. Every day, it was my family that stepped onto the street so they could pass, and every day, they won the sidewalk game of chicken.

This family is a different ethnicity than we are, but for the sake of the story, I’ll call them white. After days of repeatedly having to move for this family, my six-year-old said, “White people don’t move.”

He said, “well, there are two more in the first grade hallway, and they don’t move either.”

Since that time, my child has met dozens of new friends and their families from that ethnic group. He doesn’t recall generalizing at age six that an entire ethnicity of people don’t move when approached on the sidewalk. As he’s met more people and broadened his appreciation of other cultures, he has learned that making assumptions about people you don’t know often leads to inaccuracy.

As humans, it is normal for us to make sense of humanity by compartmentalizing ourselves. It’s part of being social creatures and gives us a starting point. Indeed, from the beginning of our children’s lives, we categorize them and put them in groups.

My three children belong in my nuclear family, and then in the larger extended family. Kids are categorized by ethnicity, by religion, by gender, by having siblings or being only children. Some are grouped by adoption or foster care. Single-parent or two-parent households. Raised by grandparents or parents. The list goes on.

As they get older, they are categorized by what preschool they attend. Then by public school or private school. Gifted and talented curriculum or regular classes. Special education. Differing abilities. We join groups by investing in theater, baseball, dance, basketball. We become the lacrosse parents, and they become the lacrosse kids.

Perhaps the most tribal stage of development is the period of middle school and high school. As I observe my kids’ middle and high school peers, I see the same groups that were present when I graduated in 1992. Teenagers are clique-ish as they try on identities to see what sticks.

Existing within a group makes us feel less vulnerable, especially in the formative adolescent years. It’s a lot less threatening to walk down the halls with your posse than alone. It’s less intimidating to find your voice and speak out when you know there are people behind you that share your opinion. In a familiar group, we don’t have to confront underlying fears or prejudices about that which is different.

But putting ourselves into groups can also be dangerous and hurtful, especially for children. My children learned an important lesson from the assistant principal at their elementary school who reiterated: “You don’t get to put another person in a group. People are so much more than the group you assign them to.”

When we meet someone, we immediately make an assessment about them, consciously or subconsciously. When someone meets me, they might think, “white, married, mother, pediatrician, Christian, mid-40s, heterosexual” within a few moments of looking at me. Married because I have a ring on my finger. Christian because I wear a cross necklace. Mid-40s because, well, I look mid-40s.

But just like everyone else, I don’t want someone making assumptions about me because of the categories in which I fit. Some of the most wonderful people I know practice different religions than I do, or are of different ethnicity or sexual preference. There are good people and not-so-nice people in each group we create for ourselves. There are certainly some white people I don’t want to be associated with, and the same goes for some people who call themselves Christian. Not all pediatricians are nice. Not all mothers are good.

The thing is, you don’t know me unless you know me.

I like to test my own unconscious biases sometimes. I will see someone on the street and make assumptions about them. Then, if I get a chance to have a conversation with the person, I like to be wrong just to prove a point to myself. A large, burly man might be a poet and write lullabies. A petite, meek woman could be an orthopedic surgeon.

We teach our children about the groups into which they are born (race, ethnicity, religion) and help them understand the groups they join (school, sports, dance, choir). But I believe that it is just as important to teach them how to un-group themselves. With hate crimes on the rise in our country, we can make a difference if we teach our children to see others as common members of humanity. We are all better off if we respect each other.

Encourage your kids to get to know and value people who are different from them. Like I wrote about in a prior blog, “it’s hard to hate up close.” Kids can learn to appreciate different cultures from a very young age. Grab the teachable moments when they arise. Encourage them to speak up against racism and bullying. Make a difference.

Grouping ourselves leads to comfort and safety. But ungrouping ourselves stretches our minds and leads to amazing new lessons and experiences. A rainbow with only one color is far less brilliant than a rainbow where every color is given a full chance to shine.