Published by Chrissie Ferguson on April 13, 2022 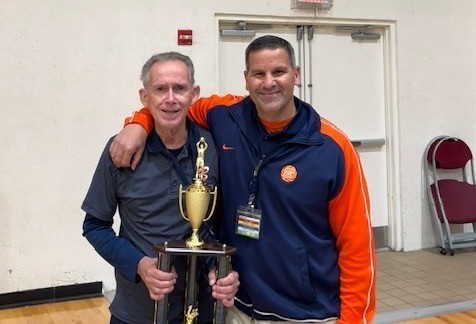 There are also coaches. And then there are phenomenal coaches. You know the ones — the coaches who pay attention to your child and don’t let your child feel excluded. They see your child for all that he or she is, and they focus on helping him or her to not only grow physically and athletically, but they teach your child how to grow mentally.

They teach your child life lessons, like what it means to be a team player and how to lift each other up and cheer on a teammate. Most importantly, they help your child to build confidence and to feel valued. These coaches are the special ones!

But what if your child is lucky enough to be mentored by one person who is not only a great teacher but a phenomenal coach? Does that unicorn actually exist, you may ask?

Well, parents, I am here to tell you that yes, indeed, it does. And our son was lucky enough to have found this unicorn in an amazing human being named Coach Jeff Cavallo.

To help you understand just what this man means to our child, allow me to tell you a story…

This is a story about our child — a quiet child — one who might be too shy to go out of his way to introduce himself to you or to join a conversation without an invitation. He is the child who is not the loquacious student because he is painfully shy. And he might not always be the student who shines in a teacher’s eyes because he observes quietly and struggles to participate, but he tries hard to listen to the teacher and absorb every word.

Outside of the classroom setting, he is a child who will listen if you just need someone to listen. And if you need some advice, he will offer advice and words of wisdom that are beyond his years. This child is perceptive. When you’re sad, stressed, or maybe you are just having a bad day, you don’t need to say anything because he knows it. And he is not afraid to hug you or to pat you on the back or to ask you what’s wrong. He knows what you need when you need it the most.

Loyalty runs through this child’s veins. He is someone who will have your back through thick and thin. He isn’t someone who is concerned about having a huge group of friends; he just needs a handful of really good buddies. And if you are lucky enough to be someone whom he loves and trusts, then you have a friend for life. How blessed are you!

This child is a rule follower and a leader — a kid who is working hard to become an Eagle Scout. He is someone who will quietly step up when he sees that something needs to be done. And he will not sit back and allow someone to be unkind. If he is asked to do something or to take charge, he does it. And he does not moan and groan or question a request or a direction that is given. He does what is asked of him…maybe with a reminder or two every so often. After all, he is a teenager!

Math and Science are what he does best. While most kids grew up spending their weeknights and weekends training to become the next best soccer, baseball, and lacrosse players, this young man grew up inventing and creating — telling his parents and grandparents that he planned to be an astronaut. And as he grew older his dreams changed to become an inventor or an engineer.

Gentle and careful are other adjectives that describe this young man. While he is extremely competitive when it comes to sports and games, you would never know it because he keeps that competitive attitude to himself. And while he perseveres to attempt to master all that he does, he is careful not to push himself too hard so as not to get injured.

This is also a story about a coach — a kind man — one who politely addresses adults by "Mr." and "Mrs." and their last name, even though he knows parents and his colleagues on a personal, first-name basis. He is a man who looks students and adults in the eye when he speaks to them. He is someone who makes everyone feel special...like they are the only person in the room…like they are important and valued.

This teacher and coach treats every student equally. He sees what people need, especially his students and athletes, and he lifts them up with a shout out in front of his or her peers — a shout out that makes the student feel special and noticed or a shout out that creates laughter. It is a genuine connection between student athlete and mentor.

As the Dean of Students at our middle school, this coach has to be stern and serious at times. Yet, when it is necessary to meet with kids for disciplinary issues, he speaks to them with genuine care and concern. And because of that, he is not feared…well, maybe just a little bit. But, truly, he is respected and revered by the student body.

This dedicated coach never shows his exhaustion. He is always upbeat and happy, even though he has one of the toughest day jobs in the world. He teaches and makes sure that kids are following the rules throughout the day.

He calmly and politely speaks with parents and teachers who may be a bit concerned…and sometimes difficult to communicate with about a situation. And then…then, after all of that stress, he shows up for practice and games to coach 8th grade basketball, and he gives 100 percent of his energy and love to the young men on his team.

And so the story goes that this young man (our son) and this coach (Coach Cavallo) met one day when our son decided that he wanted to sign up to play on the 8th grade basketball team.

While our son had run cross country in the past, cross country did not feel like a team sport to him. Signing up for a sport like basketball was outside of our son’s comfort zone. He had never played basketball or a competitive team sport. But something inside of him told him that he should sign up for this team.

12 players on a basketball team would be typical, so signing up to play and earning a spot on the team was a shot in the dark…or so our son thought.

“No one would be cut,” this basketball coach told his assistant coach, Coach Yannotta. “There is so much more to being a part of a team; it is more than just winning.”

And so weekly practices began, and the timid young man tried his best to learn more about the sport. He played with other students who were the best of the best — stellar athletes who had worked hard all of their lives to become the athletes they are today.

But little did Coach Cavallo know the effect that he would have on our son.

Little did he know how this young man would transform...how he would grow before our eyes — not just physically, but also mentally.

Little did Coach know that our son learned perseverance because of him. He came home from school every single day to shoot hoops on our street. He pushed himself to play harder and more competitively against his father and brothers.

Little did Coach know that our son learned how to be courageous. He pushed himself out of his comfort zone to play that last minute or two in front of a crowd. And slowly he began to feel more confident as he learned the skills and the rules of the game.

Little did Coach know that our son learned about teamwork and that a team lifts each other up. He learned that there is no “I” in TEAM and that everyone must work together.

Little did Coach know that our son learned the importance of staying focused. He learned that he had to pay attention to the game and know where he should stand or whom he should guard.

Little did Coach know that our son learned how to communicate, both physically and verbally. Because, after all, without communication the team would not thrive.

Little did Coach know that allowing our son to play the last minute or two of every game — when he really didn’t have to put him in the game — gave this young man purpose and a sense of belonging.

And little did Coach know that when our son finally made his one basket of the season…and his teammates and coaches erupted in cheers…how this one-second "Rudy" moment in time changed this young man’s life.

No, he probably won’t be a famous basketball player one day, and he still has much to learn in life — but because of you — this quiet young man now feels loved and seen and valued. He now knows what it means to persevere and to work hard and to be a teammate. He now knows what it means to cheer for the accomplishments of others and to work with others to create something great.

But Coach Cavallo, I am so proud of you, because you may not always realize that you are making a difference in the lives of our children at school, but you truly are.

You took our son under your wing, and you built his confidence. You gave him a sense of belonging. Most importantly, you showed him — and all of the boys on our 8th grade basketball team — what a winning team is truly made of. And for that, we are forever grateful! 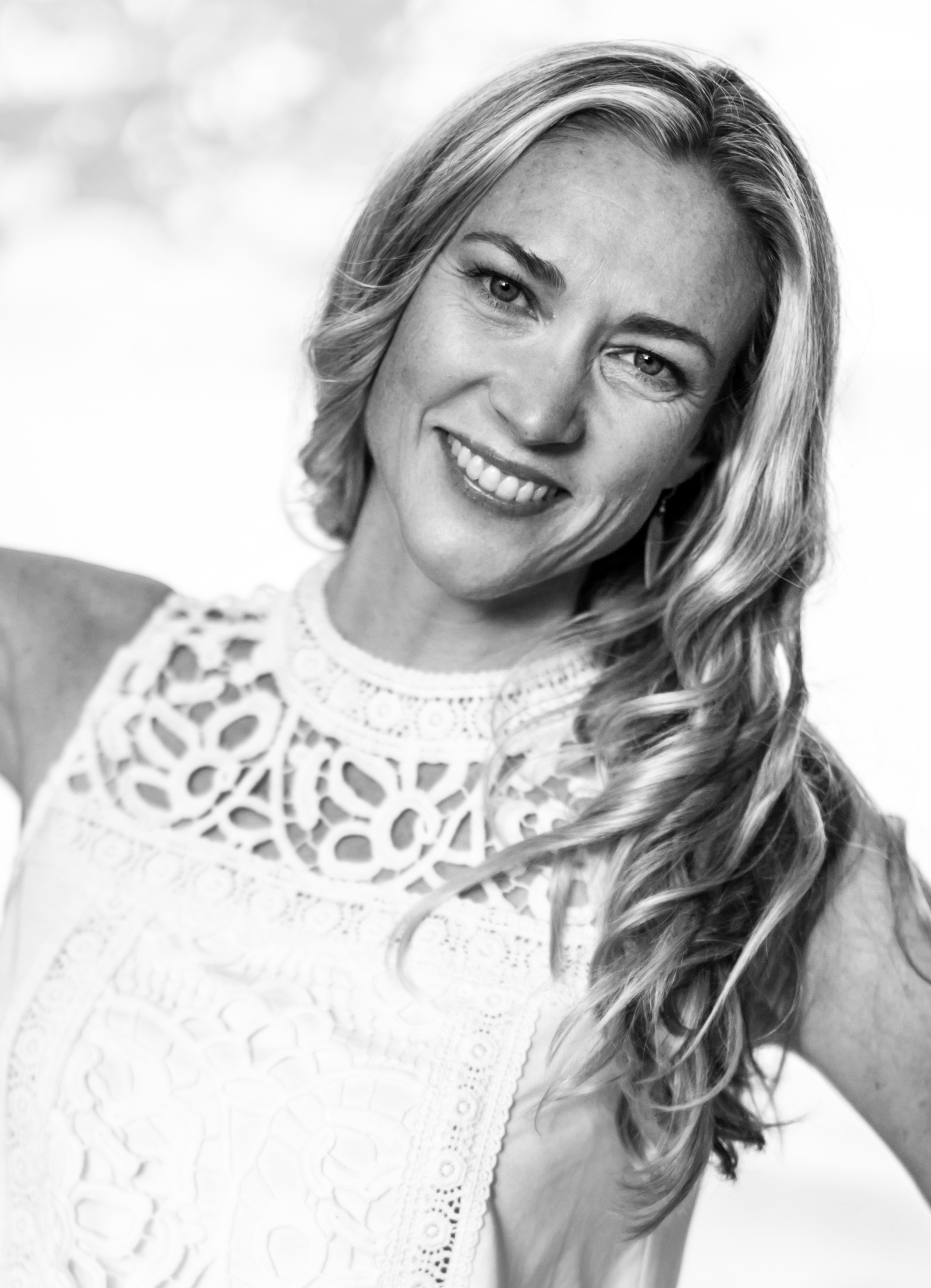