Grateful to be safe: Let’s teach our kids to appreciate the basic things in life 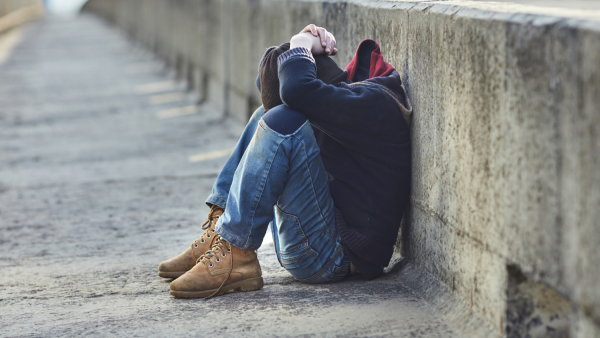 One of the most amazing things about being a pediatrician is daily viewing the world through the eyes of a child. I get to talk to children every day about how they see the world, what their place is in the world, and what they think about the future of our world. Talking to children gives me hope.

Every now and then, I get jolted by something a child says. Once, years ago, I was talking to a child who had been in various custodial arrangements and homes in his short life.

As we discussed his current arrangement and I asked how he felt he was managing his anger and aggression, he looked me right in the eye and said, "I like my new home. I'm less angry when I feel safe."

If you haven't learned about Maslow's hierarchy of needs in your life, it's worth a Google search to look at the pyramid.

So on the bottom of the pyramid are physiological needs, such as food and water. If you are hungry, or too cold or hot, or if you haven't slept in days, the need for such basics consumes your whole thought process.

It is only when these needs are met that you can advance to the next level of the pyramid: safety. If you don't have a secure place to live, if you don't have shelter, or if the place you do live is threatened with violence or abuse, you are stuck at level two.

If you have physiologic and safety needs met, you can advance to the next level, in which you have energy to give to belonging and love. Here is where you can devote effort to building friendships and relationships.

Having friends and relationships leads to the ability to develop esteem needs. A child who is at this level is able to focus on school, wants to make good grades and do well, wants to feel accomplished in extracurricular activities.

And having esteem needs met, then someone can advance to self-actualization, which is the privilege of working on and understanding yourself to meet your potential.

So this child, 10 years old, in a safe and stable home, finally can start to move up the pyramid. I don’t know when the word “privilege” became a controversial word, but my kids are privileged. Privileged to have food, shelter, peaceful sleep, clean water, safety, good schools, supportive family.

Privileged to start their life from the 3rd level of Maslow’s Hierarchy of Needs, just like I did.

But I remind them of the child who told me he was angry and aggressive because he did not feel safe. And I hope they will recognize their privilege to be on the upper rungs of Maslow’s pyramid and extend a hand, when they can, to lift others up a level as well.

I recently read Untamed by Glennon Doyle, and she expanded on this in a way that made me stop and read the paragraph 10 times to make sure I got it: “Privilege is being born on third base. Ignorant privilege is thinking you’re there because you hit a triple. Malicious privilege is complaining that those starving outside the ballpark aren’t waiting patiently enough.”

The Privilege of Adoption
I am white. I am privileged.
Here’s what mamas do best, even when everything sucks
advertisement

The Privilege of Adoption
I am white. I am privileged.
Here’s what mamas do best, even when everything sucks