Although we’ve had a tight relationship for the past 20 years, it seems our bond has run its course this time around the calendar. For the first time since my kids became school-age, I am no longer ushering one of them into your arms for a new year of learning. Weird.

I didn’t have to buy a cart full of supplies, fill out novel-length paperwork, schedule an athletic physical, pilfer a trendy wardrobe, or load up a U-Haul full of furniture for off-campus living. There were no last-minute expeditions to cross of the summer to-do list, nor was there a special family meal to celebrate the final day of a lengthy break. Strange.

Instead, my world is radio silent related to all things back to school time. I’m left to stare into the abyss and ponder how in the universe I got here. A question that will remain a forever mystery because the concept of time is string theoryish and otherworldly. Rad. 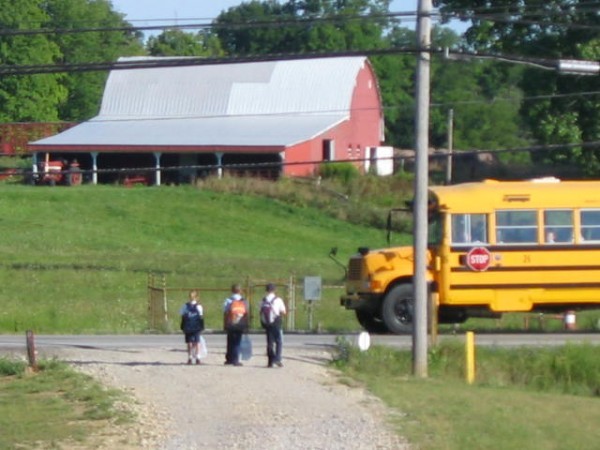 It feels like yesterday that I walked my oldest apple into kindergarten. His tiny frame covered in a white collared shirt and pressed navy shorts, carrying a monogrammed backpack half his size. My heart stopped beating as he waved goodbye and walked around the corner, out of sight. Nothing prepared me for the ache of that initial separation.

I still remember with vivid detail when two years later I walked apple number two into the same school for the first time. The watch I gave him as a gift looked huge on his slender arm. My heart stopped again, but a calming presence filled the pause because I knew my boys now had each other.

A year after that, girl apple joined them. I spent an hour decorating her little head with tight patterned braids before sending her into the same space her brothers were now both accustomed to. My heart stopped again, this time a little longer as the reality of what just happened settled under my skin.

I didn’t anticipate the ensuing void that would form from having all my kids in someone else’s care. Although, I admit such a moment is one I often wished would come sooner than later during those long, exhausting days of motherhood when I thought I’d never survive another day.

You probably remember well, first day of school, all the August moments across the years and the corresponding emotions that spilled from my being. You’ve seen me at my most melodramatic moments—both the blubbering tears of despair and the 21-fist pump salutes for being able to transfer all their stir-crazy back into your waiting arms.

Now that our yearly gathering will no longer be, I want you to know I’m feeling sanguine and grateful for how good you’ve been to my apples. You were always welcoming, kind, and full of enthusiasm on their behalf, which helped me get through the day as I stumbled around looking for my exhale. You’ve loomed large in setting all three of them up for success. Thank you from the depths of this seasoned momma soul.

As for me, I’m going to spend my free time walking through these memories of mine, and then use the extra money in my pocket to party like it’s 1999.

If you are dealing with all kinds of momma emotions, download 3 FREE Chapters of Shelby's new book with Lisa Leshaw, How Are You Feeling, Momma? (You don't need to say, "I'm fine."). 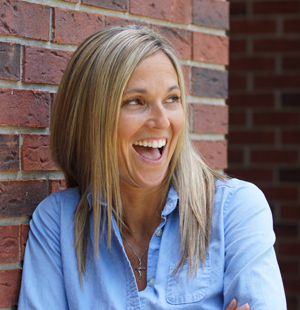 Shelby is a sappy soul whisperer, sarcasm aficionado, and pro-LOVE, Jesus adoring mom of 3 Millennials writing stuff & doing life with her hubby of 25 years. She is the co-author with Lisa Leshaw of the new book, "How Are You Feeling, Momma? (You don't need to say, "I'm fine.") She shares stories on her blog at shelbyspear.com, around the web at sites like Her View From Home, For Every Mom, Thrive Global, Motherly, Blunt Moms, and in print at Guideposts.

Yesterday my newborn son stole my heart; today, he gave away his to his soulmate...
You're Gonna Miss It
Save the Last Dance for Me: A Mother’s Reflection of Days Gone By
advertisement

Yesterday my newborn son stole my heart; today, he gave away his to his soulmate...
You're Gonna Miss It
Save the Last Dance for Me: A Mother’s Reflection of Days Gone By