Finding Family in a Fisher House

Published by Maureen Crabbe on November 10, 2017

If you had told me that one day I would be sitting at a dinner table across the country, in a house with strangers who I would eventually consider to be family, I wouldn’t have believed you. But then again, I also wouldn’t have believed you if you’d said that my life would be turned upside down and my son would spend 15 months in a hospital. But that day came six years ago when I got the call that my son, Justin, had been injured by an improvised explosive device (IED) in Afghanistan.

A Marine Corps corporal, Justin was proud to follow in his grandfather’s footsteps, and had always known that he wanted to serve his country. It was during his 2011 Afghanistan tour that he stepped on the IED, losing both legs above the knee, as well as several fingers and a thumb.

When we received word that he was being flown to Walter Reed National Military Medical Center in Bethesda, Md., my husband, Cliff, our daughter, Jennifer, and I didn’t think twice about boarding a flight from our home in Southern California to be by his side. Justin spent 19 days in the ICU before we could see him. From there, he spent three and a half months in the hospital, the next three months in outpatient care on the military base and then an additional nine months in outpatient therapy – a total of 15 months.

For Cliff and me, leaving Justin alone during his recovery was never a consideration. We were prepared to go from hotel to hotel, spending thousands of dollars just to be by his side, until we discovered Fisher House Foundation.

Fisher House is a national nonprofit that is best known for its network of comfort homes where families of wounded, injured or ill service members and veterans can stay at absolutely no cost while their loved one is receiving medical treatment at a military or VA medical center, often far from home. When we arrived, they welcomed us during our unexpected hardship with open arms.

At Fisher House, the other families and individuals staying in the home soon became extended members of our own family. When I wasn’t with Justin, I was with others who were staying in the house, preparing meals, doing laundry, or enjoying a little down-time.

The Fisher House staff and the families staying in the home were the people I would come home to, and they became unexpected source of comfort, support and strength. From having a BBQ in the backyard on a warm summer evening to praying together after an overwhelming day, we became one big family that was there for one another.

Having a support system in the house that really understood what we were going through, both the good and the bad, had a lasting impact on me. It was comforting to know that I could come back after a challenging day with Justin in the hospital to a group of people who were going through the same thing and genuinely cared about my sons’ recovery. There was never a shortage of people to share a laugh, a comforting hug, or a prayer with in the home.

Today, Justin has made great progress in his recovery and is now married with two beautiful children. I still keep in touch with all of the friends and families who stood by us through such a difficult time, and now, I volunteer and fundraise for our local Fisher House, with the hope that a family like ours will find the same comfort and support that I found six years ago.

Before Justin’s injury, I had never even heard of Fisher House. But the strangers who welcomed us during our difficult time quickly became some of our closest friends, and now, I am a proud member of the Fisher House family. 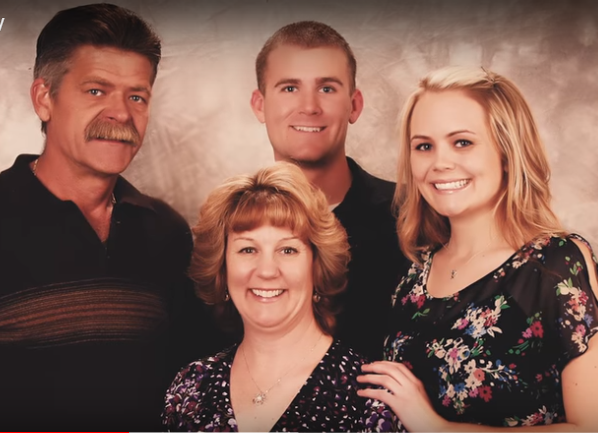 Medical Parenting HAS to Look Different
Medical Heroes: Your Kids are Gonna Be Alright!
He Just Needed a Little Help: My Son's Addiction
advertisement

Medical Parenting HAS to Look Different
Medical Heroes: Your Kids are Gonna Be Alright!
He Just Needed a Little Help: My Son's Addiction