I emerged from the fog of a migraine close to midnight on Friday the 13th and struggled to comprehend the tragedy unfolding in Paris.

A telltale aura had ruined my otherwise peaceful afternoon seven hours earlier. Aside from a dreary, rainy English day, it had been a good day with my kids. I stood over the stove about to boil chicken while my kids and their friends smashed play-doh into the kitchen table. And then it happened. The dreaded foreshadow to a miserable evening. A diamond-shaped blur took center stage in the left side of my vision. I blinked. No change. I cleaned off my glasses. Still there. I moved away from the steam rising from the pot. Pointless. I had 30-60 minutes before the inevitable headache unleashed its fury on my temple.

Seven hours later, the worst had passed. The hint of brownies still scented the air as I trudged downstairs and found my husband falling asleep on the couch. With all three of my babies sound asleep, I pulled out my phone and attempted to use my sore eyes. The reports were just trickling in. Paris. Multiple explosions. Shootings. A concert. It was overwhelming to my still groggy mind.

A day and a half later and the after-haze from the migraine has almost fully lifted. But I am still trying to process it all. To make matters worse, it would appear my FB feed is rife with debates about racism and the proper hashtags to use.

I feel absent in the hours to days following a migraine. My mind wanders, I struggle focusing. I’m “out-of-it” as my husband would say while gently nudging me to re-engage with our kids. And I’ve been stuck in this weird mental loop of what to post about Paris. It’s been uncharacteristically consuming. Should I dig up a photo from our Paris trip this summer and post it? To what end? Should I write something and hashtag it #prayingforparis? But what am I praying for? What are we praying for Paris? For peace? For justice? For the victims’ families? For healing of the hundreds injured? Because as I thought about using the hashtag, no prayers had formed on my lips or in my mind. No, I’m not capable of an empty platitude in place of the wealth of emotions and thoughts swirling in my head.

And truthfully, my mind wasn’t on prayer as I thought on the Paris tragedy. My still-fuzzy-brain kept going back to an incident from our trip to Paris this summer that I hadn’t written about. It wasn’t so much an incident, but rather a moment. A moment I’d forgotten about until my cloudy mind conjured up the fear I had felt in that moment with visceral detail.

The scene unfolds like this. August. Paris underground. Mid-morning. My teenage cousin and the kids and I had managed to snag a few seats on a packed train headed towards Notre Dame. My husband, with the stroller, was stuck standing a few aisles back. My kids were unusually silent taking in the crowded, colorful car of strangers.

And then I saw him.

Young, early twenties, stubbly facial hair, and most definitely Arab. He was wearing an oversized navy blue hooded sweatshirt and both his hands were visibly fidgeting in the outer pocket. The hood was up casting a shadow over his only partially visible face. His intense expression reminded me of a boxer getting in the zone before a fight. But his body was too tense. Something didn’t seem right.

He didn’t budge as the metro doors opened at his side. People brushed against him trying to get on and off. Still, his expression stayed the same.

My daughter startled me out of my probably not-so-discreet staring with a yelp about her brother being too far on her side of the seat. Instinctively, I shushed her with death glares. The panicked thought that shot through my head rattled me. “Shhh. If he knows we’re Americans, he’ll definitely choose now to blow us all up.”

I struggle to type those words, to read them out loud, to admit that I thought those words. But the next five minutes on the train ride felt like an eternity. I had played out exactly what I’d do if he brandished a weapon or explosives—how I’d cover my kids or try to toss them towards their dad a few rows behind us.

I’ve traveled the world and have been in actual dangerous situations before. But I’ve never felt that level of irrational panic in my life. And as soon as we emerged from the metro I felt foolish. The silent fear that had overcome me was humiliating and uncomfortable. Am I that racist? Have I let sensationalized news coverage and too many spy thrillers taint my reality that much?

I’ve accepted that having kids has changed me. For better or worse, it’s made me fearful of things and people I never thought I would fear.

I straddle two worlds. This average stay-at-home mom, most often found drowning in a sea of dirty laundry, once lived in the Arab world. And then kept choosing to move back and stay in the Arab world. Egypt stills holds a piece of my heart. I love the culture, the dusty streets, the crowded chaos. I love the pride, the family values, the strength of the Egyptians and Arabs I met during my years in the Middle East.

And as a single twenty-something living alone in Cairo in a post 9/11 world, I was never once scared for my life.

But here I am ten years later, three kids in tow, and I’m terrified of an Arab man just because he’s an Arab man. What the heck happened to me?

So now what? I’ve recounted my blatant, unwarranted, unfounded profiling in Paris prior to the Paris attacks. Am I racist? Do we assign a “-phobic” descriptor to myself and anyone who’s ever harbored a similar fear? Where do I go from here?

The terrorism that has visited Paris this week is an unthinkable tragedy. 129 are dead. 352 injured. The eight people responsible are evil. Period.

And yet, the tragedy doesn’t end there. Browsing my social media feeds I can already see the greater repercussions coming in the distance. Do we (Westerners, white people, Christians—you choose) only care about violence inflicted on other people like us? Are we unaffected by the same tragedies daily dealt on Africans and Arabs by the same enemy? It would appear so. Rightly or wrongly, I’d argue we are wired to relate better and empathize more with a people or a place we are more familiar with. It doesn’t make any one tragedy more deserving than another. But it does highlight the degree to which evil has infiltrated our world. It is everywhere. It is pervasive. Lebanon isn’t safe and neither is France.

Eight people fueled by evil have captured the headlines of the entire world. How will we respond? Will we live in fear? Will we engage in trivial online debates and hashtag wars or will we do something? Will we send all the Syrian refugees back to where they came from?

I finally know what I am going to pray for.

And I’m going to pray for that man on the subway train. I’ll pray he is not swayed by violent, radical ideologies. But more importantly, I’m going to pray that he isn’t treated unfairly because of his ethnicity or religion. That the changed Parisian—and European—landscape he is now living in doesn’t act on the same scared emotions I felt that morning on the train.

And I’m going to pray for all the refugees that have entered Europe and are now being looked upon with further distrust. I pray that justice be brought to any in their midst who have evil in their hearts. And I pray that Europe, and the world, continue to show these survivors love and compassion. Because, ultimately, instead of making us fearful, it should make us realize just how horrific it must have been to live in a country controlled by those evil men. 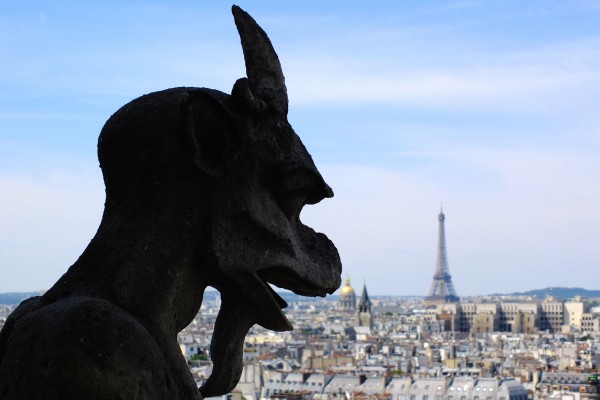 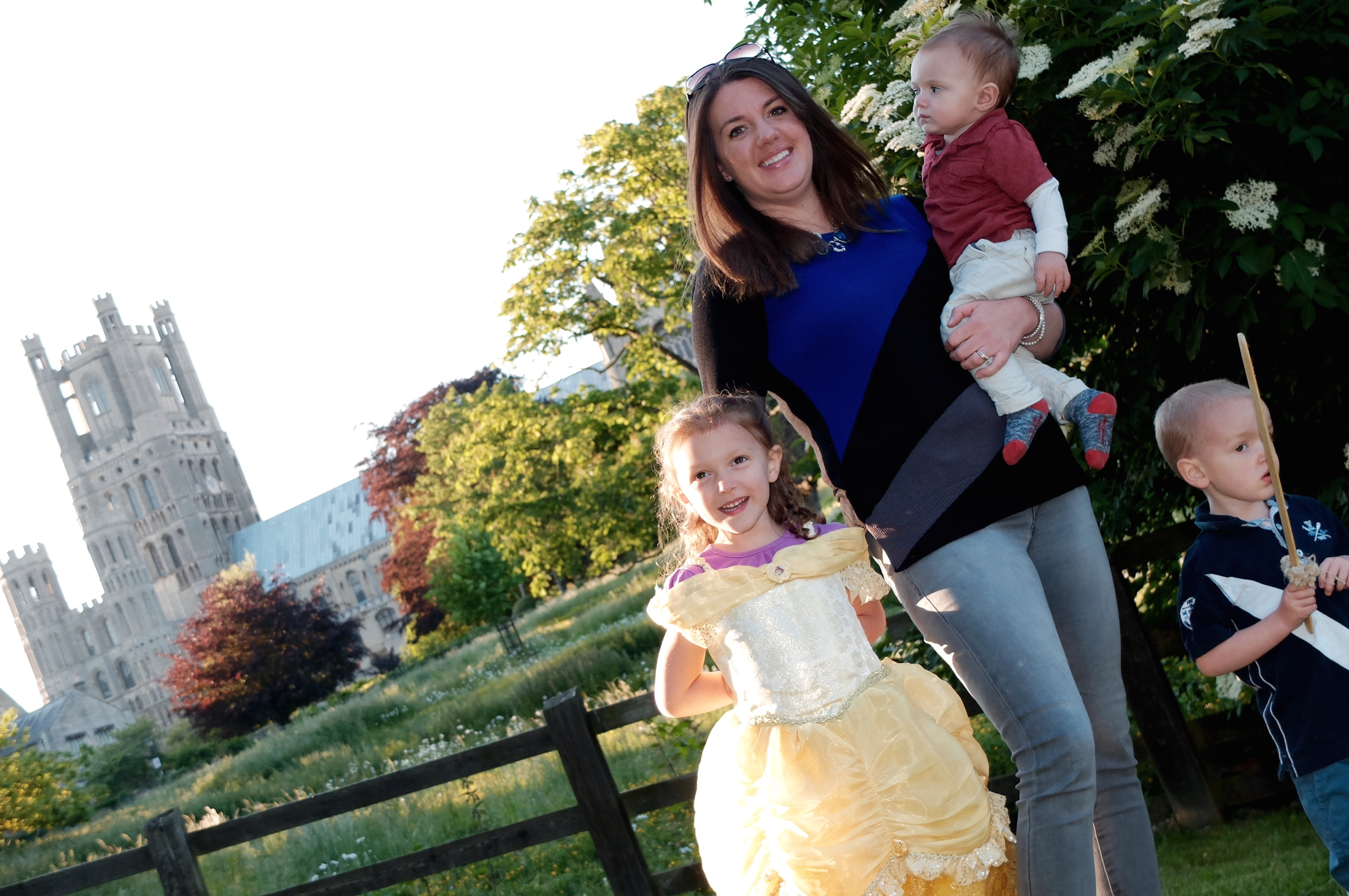 Expat mom of three young children living in Europe and traveling the globe! We take a light-hearted look at family travel while battling incessant tattling, epic tantrums, and endless diapers.

Teaching My Children Kindness, When The World Is Overflowing With Hatred..
For the Mom Overwhelmed by Fear
It's Not Political, It's Personal - WE Are On Medicaid
advertisement

Teaching My Children Kindness, When The World Is Overflowing With Hatred..
For the Mom Overwhelmed by Fear
It's Not Political, It's Personal - WE Are On Medicaid