One sunny summer day in 2001, I bumped into Glenn Guida on the Manhattan Beach strip of Sheepshead Bay, Brooklyn. He was sun-kissed and windblown with a dynamite smile and striking green eyes. I was outside getting some air during the DJ break from my uncle's 70th birthday bash at an upscale restaurant on the bay. I said to Glenn on our 10th wedding anniversary, "Gosh honey, I thank God every night I turned left instead of right when I went for a walk along the water that day, otherwise we would have never met." "No worries," he replied, "I would have just had to follow you 3 more blocks to "bump" into you." This Jersey boy spent an entire childhood on the Jersey shore and went to Manhattan Beach for a change of scenery on a lazy Sunday to relax before a hectic workweek ahead. "Miss, I'm lost at the beach and missed the exit to get on the Belt Parkway [which was not a lie]. I'm starving. Can you suggest someplace not to pricey where I can grab a bite to eat?" he said with a smile. Little did I know from that day I would be feeding his stomach for the rest of my life. We struck up a conversation easily, and he mentioned that he wondered if he was an uncle yet because his sister-in-law was in labor as we spoke. Well, she did give birth to a baby boy that very day, and she became my own sister-in-law six months later. For our second date, Glenn and I went to FAO Schwartz in Manhattan just a dozen blocks from where I worked in Manhattan. He asked me to help me pick out a gift for his new little nephew because he "knew absolutely NOTHING about babies." All I can say is that this amazing guy got up to speed and QUICK! I did not have our first child until six years after that first day we met on the waterfront but from day one of pregnancy, Glenn had his nose in a book. He was the one who was all over what I should and shouldn't eat, researched all the latest and safest baby gear and furniture, planned both baby showers with our mothers, and put all the stuff together, happily. I still remember Glenn talking to my belly while putting together the baby swing. We knew we were having a boy. "Son," he said while spreading all the nuts and bolts out on the carpet, "First thing you do when you put stuff together is inventory your parts." He was sweet and excited; we all were. I had an emergency C-secion after 18 hours of induced labor, and was unable to see or hold my own beautiful baby boy right away, but my husband was all over the APGAR score, vitamin K shot, weight and measures, and stopped the nurses from giving our son, little Glenn, his first feeding (I could not breast feed) while I was being sewn back up saying, "No, I want my wife to feed him first." For someone who knew nothing about babies, he sure did his homework. More importantly, he did his "heartwork" and bonded with both of our boys instantly. He was in the trenches with me, mixing formula for late night feedings, and he could swaddle like a champ and change a diaper with one hand tied behind his back. And all the while I fell in love with him more; we all did, especially our boys. 15 months later, our sweet Ryan was born. Glenn has always been the laughter in the house, with silliness and piggy back rides and the super fun stuff little boys are made to do. Now that the kids can tie their own shoes and feed themselves, he is a constant source of FUN in the house. While I read stories to the boys at night, Glenn instead makes up the craziest, silliest stories starring Glenny and Ryan, and they fall asleep laughing. We have been taking our kids on road trips and vacations since they were old enough to take out of the house (which was only a few weeks old). We'd throw them in their car seats and no matter how much kid gear I bring, Daddy always packs the car like a pro and never complained about how much stuff we need. He makes every road trip an adventure and enjoys the simple pleasures in life from playing horseshoes at the campground to playing shark in the waters of Mexico. He he has taken the boys crabbing, boating, taught them how to make a campfire and more importantly, teaches them everything they need to know to grow up be fine men. Glenn is also the chef of the boys' favorite meal. My picky little crumb factories may not eat grilled cheese, but they request "Daddy's chicken" often. What is Daddy's chicken? It is acutally Indian Chicken Curry, and we all love it. So I know longer wonder how different my life would be had I turned left instead of right on the bay 14 years ago. I just thank God that I did. We all do. 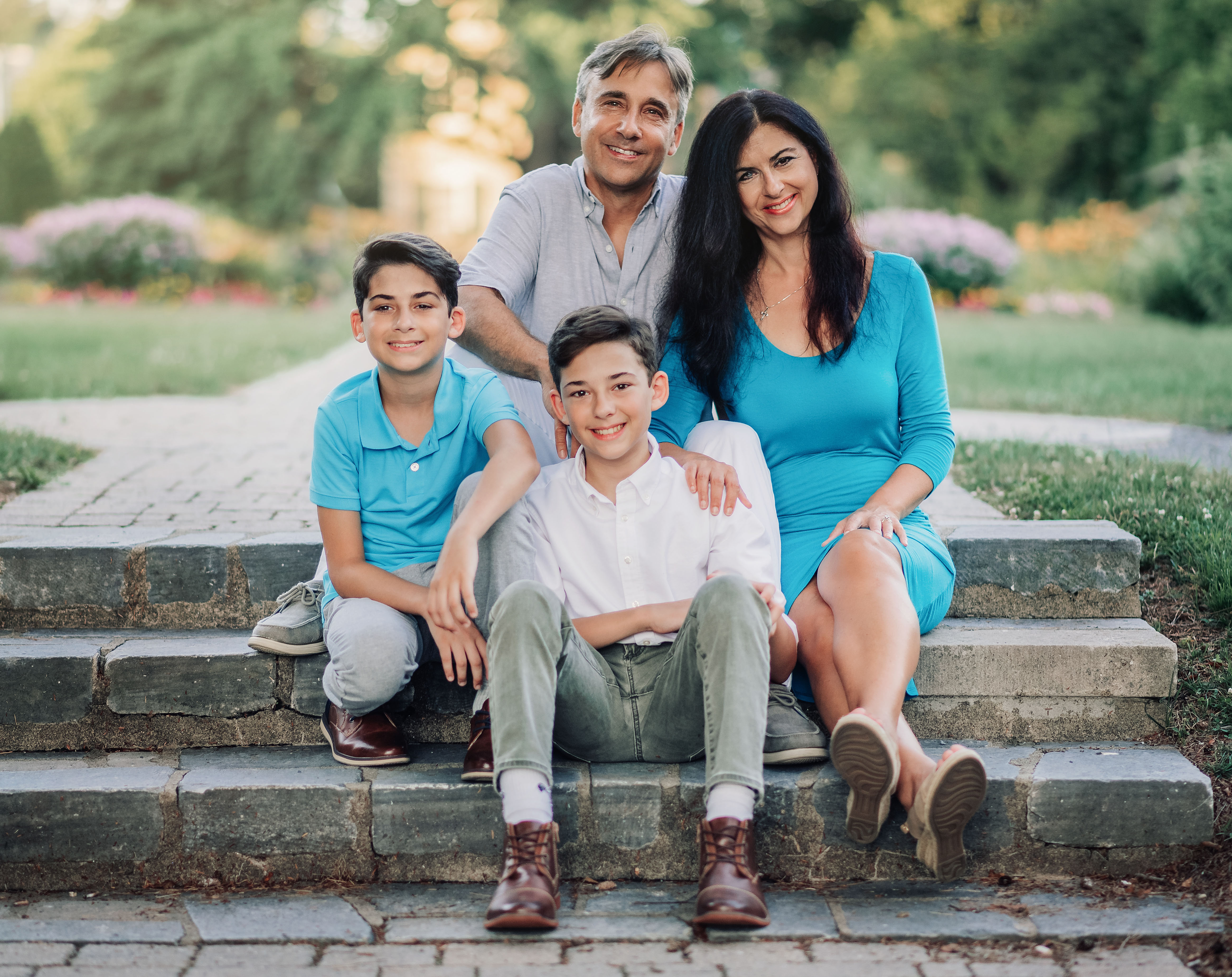 CEO of the Guida household and lucky wife and mother of two wonderful boys. We enjoy cooking, reading, traveling, writing, gardening, and basketball! One teen and one tween makes for lots of fun and though I miss little chubby cheeks and fingers, it's exciting to do things as a family like roller blading, zip lining, and playing rummy.

Baby’s First Vacation
Heaven help us!
Something to Smile About...
advertisement

Baby’s First Vacation
Heaven help us!
Something to Smile About...