​Family First; I Cancelled My All Expense Paid Trip to New Zealand

Published by MrsMuffinTop on November 14, 2016

After Tuesday’s election results, traveling to New Zealand (on an all expense paid trip) became even more enticing to me. Their political history of appointing women into positions of power was inspiring on paper; I couldn’t wait to experience their openness first hand. Their long history of gender equality is something I’ve been eager to learn about for as long as I can remember; not just because of America’s recent progress of a female presidential candidate. Some of their historical facts, like their election in 1893, which was an inaugural vote for women, was also when the first female was elected into a governmental position. An inspiration, to say the least.

Waking up to the news of a 7.8 earthquake on the day I was slated to fly out to New Zealand left me with an anxious feeling. With every passing minute, I started to feel an 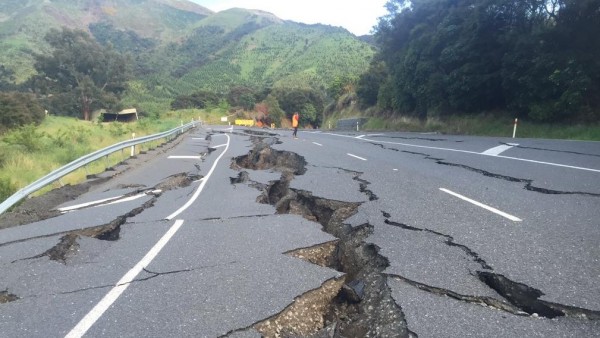 increasing pressure in my chest. “Should I still go?” was the question I kept asking myself. Upon hearing that everything was still proceeding as planned, I had to make a huge decision. I knew that whatever choice I made, it had to be with my family’s best interest as the ultimate goal. To some, making decisions similar to this may come easily, but as cliché as this sounds, I really wanted to see the forest through the trees on this one.

Forest. Almost as if I had just gone through a break up where words can send your thought train to unusual places, the word forest reminded me of how I was scheduled to go to an 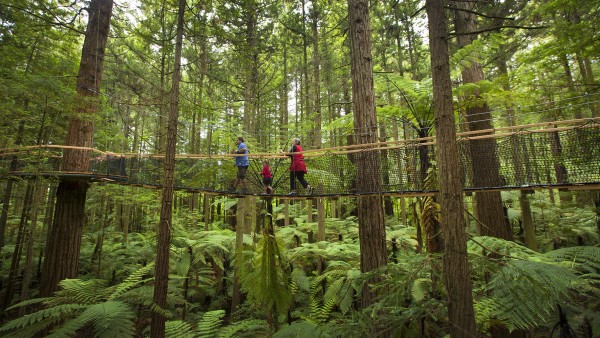 amazing redwood forest near Wellington, and walk on a cool new series of suspension bridges, 12 meters above ground, all built without nailing anything into the trees. Not only is New Zealand a country without gender bias, but environmentally friendly too. My decision was getting harder to make. Those are two values I want to instill in my three children.

Children. I looked at their faces, and remembered the way their eyes grew big and excited when I told them I was going to travel to New Zealand for a work project. That was initially why I accepted this trip; to make my kids proud of their mom. I want them to look back on their childhood as adults and remember me as something more than just a mother. I want them to see that it actually can be possible to have work-life balance. It doesn’t always look the way we want it to, but sometimes it can appear better than we ever imagined. On the other hand, what would it mean if I walked down that jet way and onto the plane, and they had to look back on their childhood as adults and struggle to remember me at all? Granted, that’s a worst-case scenario, but one that was increasing in odds with every aftershock, some getting as high as 6.3 on the Richter scale.

As the calls, texts, and emails poured in with messages of worry over my impending travel, I thought I may cancel and call it a day, giving in to my fears…when I remembered a line from the movie, Pete’s Dragon, (which was filmed in, you guessed it, New Zealand). “Well, that’s the thing about adventures. You’ve gotta be brave. Are you brave?” Was this the time for guts and guile, as Elizabeth Taylor once said? As it turns out, what happens in the movie right after Pete’s dad asks him if he’s brave is what determined my decision.

I had already proven my bravery by accepting the trip, by being vulnerable and vocal with my fears, and the bravest act of all: missing out on a work opportunity that in all likelihood will exclude me from getting similar offers in the future. At the end of the day, the only way I’ll ever achieve work life balance is if I have a life.

As I follow along with the New Zealand media and hear about the more than 900 aftershocks, the landslides, and trapped tourists, I’m praying that the people there are safe and remain so. I’m also praying that the prediction of another massive quake in the next 30 days doesn’t come to fruition, and the country can resume and rebuild quickly. I’m planning a movie marathon of films shot in New Zealand for my family and me and I know what I’ll be watching. On November 29th, the DVD of Pete’s Dragon and BFG are being released, and if that isn’t a sign, I don’t know what is. November 29 is the day my mom passed away, and as much of a stretch as it seems, I am choosing to believe that she’s sent me a message that I made the right decision. Family first. Thanks, Mom.