Family Conflict in a Time of Pandemic 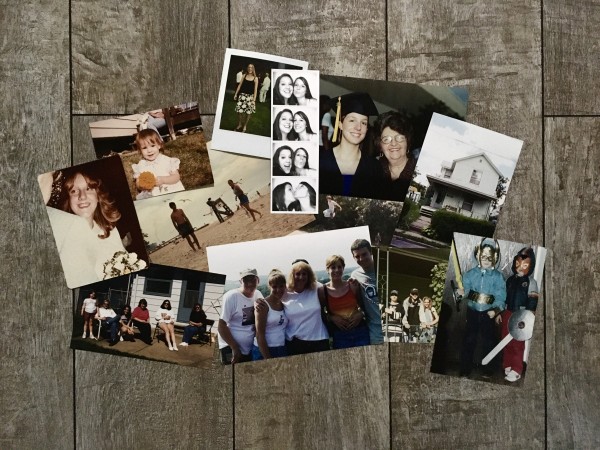 Let's be real: Family conflict sucks. There's never a good time to disagree or take sides, especially when it comes to your loved ones. I'm especially susceptible to avoiding conflict because it makes me so uncomfortable.

All I could do was look forward to the arrival of 2021 just a few weeks ago. It’s been hard to share my thoughts or stories this new year. So much has changed and I have so much to say but overall, I’m at a loss of words. It's clear that some of my loved ones don’t necessarily see the world through the same lens that I do.

I’ve come to accept that not everyone reads or watches the same things that I do on a daily basis. We are not fed the same information because of algorithms or ads specifically targeted to certain demographics. I surround myself with the stories of strong, uplifting women using their voice for good. It’s time I spoke up.

I’d like to believe that even when I speak about controversial subjects, I will be heard. I don't know what the reaction will be, but I feel good about being on the right side of history.

As I get older, I’ve found that my family listens to me, but I haven't used that to my benefit. I’m doing that now. I need my loved ones to hear me. I’m using my voice at this time to explain what’s necessary. Social justice issues demand attention. We can't ignore them.

I come from very modest beginnings. The oldest of four to a young, single mother, I've always understood what struggling looked like. I was familiar with living paycheck to paycheck as early as childhood.

I began working to make money at a very young age - babysitting for my cousins, serving ice cream at Dairy Queen, and renting out VHS tapes at Blockbuster Video. When it was time to go to college, I paid for it myself. I've always been very determined and independent. I don't make excuses for myself and I think that's what has pushed me ahead. I see challenges in a different way. They aren't intimidating to me, but it wasn't always that way. It took many years of being too afraid to put myself out there in order to grow beyond that.

Overall, I have never had anything handed to me my entire life. I've worked hard for the goals I've accomplished and the lifestyle I'm lucky to enjoy. This isn't like a Kardashian claiming to be a self-made woman. Not at all, but I also understand and acknowledge the fact that I am a caucasian person living in the United States, and that alone has afforded me privileges that perhaps go unacknowledged by some of my loved ones.

Boundaries are still something I struggle with because I wasn't raised to advocate for myself. Instead, my mom often played devil's advocate with me, forcing me to see things from someone else's perspective. I see now that my sometimes debilitating empathy comes from that learned experience.

As a child and teenager, I was angry that my mom wouldn't simply take my side and see things from my perspective. All I wanted was someone to listen to me, but I felt very unheard and continued to live that way into adulthood. That's probably why I write because the thought of having a face to face conversation when I have so much to say leaves me speechless.

Some might label my battles as resilience-building. I've now come to understand that it instead turned me into someone with a high tolerance for bullshit. For far too long I have remained quiet when I wanted to speak up. It has always been easier to keep the peace rather than stand out for being different, or worse, difficult. Catholic guilt is as strong as Jedi powers in my family. It's taken years of therapy to learn how to lay healthy boundaries and stop people-pleasing in an effort to avoid conflict.

Family Conflict Over the Years

Not to confuse family conflict with teenage rebellion, I never acted out in a way that would embarrass my family. I have always been very much a rule follower so as not to draw unwanted attention to myself. I did as I was asked and only started to question everything as I grew older and wanted better answers. In a way, I experienced teenage rebellion much later in life.

Conflict in my family really started to intensify with the presidential election of Donald Trump in 2016. Though I was upset that members of my family could support such a terrible person, I kept things to myself so as not to create tension. Other family members were so divided they couldn't speak with each other. I chose to keep in mind that maintaining a relationship with my family was more important than the election.

For four years we have remained greatly divided. There is not a single person whose opinion has been swayed in either direction. I see now that it's not my job to convince anyone that I am right - I simply want to be heard. I want to share with the other side of my family what I am seeing and I invite them to share with me what they are seeing. How is it possible we are all living simultaneously in the same world?

The first thing that needs to be addressed is the most recent actions of January 6th in our nation's Capitol. I have been surprised by just how many people are so quick to compare the violent act of physically breaking into a sacred government building with the protests from BLM. It is not the same. Let me repeat that - it is not the same. I know for a fact that if BLM groups had attempted the same takeover in DC, guns and force would have been used.

BLM itself is the next important topic of discussion. Apparently the phrase, "black lives matter" drives a certain set of people into an automatic eye roll and the phrase, "ALL lives matter" leaves their mouth. Sure, let's agree that everyone's life matters, but I also have the opinion that it's completely acceptable for someone to speak up and address a problem. There is a problem.

"All lives matter" is patronizing and unnecessary. It's like telling a child that everyone has a birthday when they share that today is in fact their birthday. It's like walking into the ER with a heart attack and being told that all organs will need to be checked first because they all matter. I, for one, have no interest in hearing "all lives matter" from someone who has been given the privilege of simply being born into a family that afforded them an easier life to begin with.

Where Do We Go From Here?

Great question. Part of the problem is accepting and acknowledging that every single member of my beloved family has without a doubt been given a leg up in the world simply because of their skin color. We can't simply sit back and judge and criticize when we've never been in the same position. What would be more helpful would be to support those in need and understand where they're coming from. Use the amazing skill of empathy, not sympathy, not compassion - EMPATHY.

I don't truly think that any of my loved ones are evil people or deliberately damaging the lives of others by supporting a cause or person that is actually harmful to many. Deep down inside, I believe that they think they are doing the right thing. However, I need for them to just pause for a moment to consider something else. Please just read something else.

Don't simply surround yourself with more of the same rhetoric. Start with reading some of the things that I've stumble upon by incredible storytellers with experiences very different from my own. I find that they have more eloquently shared their thoughts at times where I find myself rendered speechless. This is a good start:

In This Unprecedented Time of Stress & Tragedy, Please…End the School Year Early
Last names don't tie you together- she does
This is Why You Have a Family
advertisement

In This Unprecedented Time of Stress & Tragedy, Please…End the School Year Early
Last names don't tie you together- she does
This is Why You Have a Family