Family are the people who love you exactly as you are, regardless of blood or bond

Published by Esme Symes-Smith on November 8, 2022 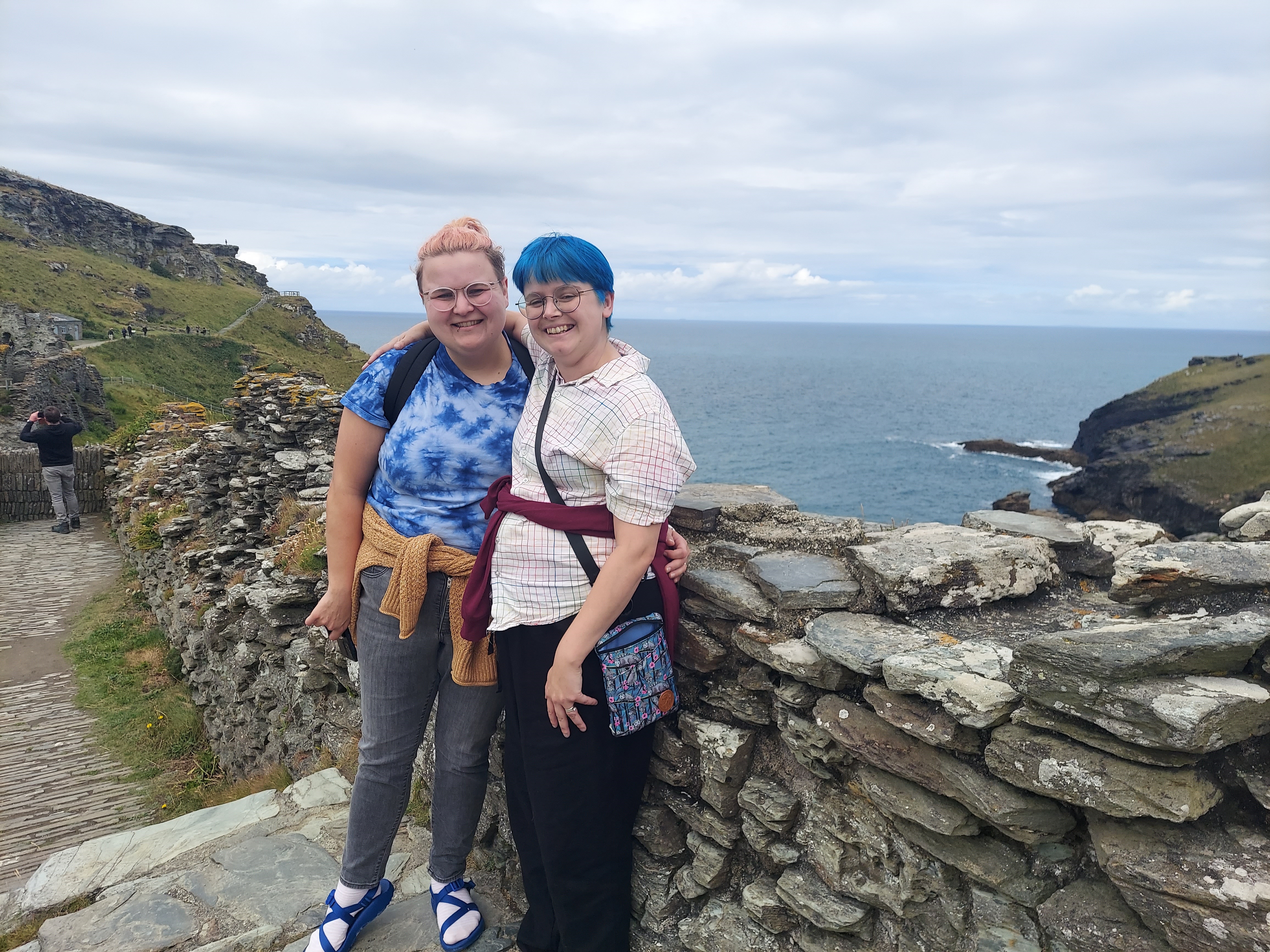 "Family are the people who love you exactly as you are, regardless of blood or bond."

—Sir Callie and the Champions of Helston

As a young reader, I never got to see myself in the pages of the books I loved. So when it came to writing SIR CALLIE AND THE CHAMPIONS OF HELSTON, I knew that my main mission was to create a world that would’ve taken care of me when I was that age—a world where family isn’t just the people you are related to by blood or who raised you, but the people you choose and the people who choose you. Who love you exactly as you are.

In the story, Callie has this love and acceptance from their father, but Callie also finds it from a community of kids who share more common ground with them. I wanted to show that whether or not your immediate family has been able to support you, there is always a broader kind of value to what can be gained from found family, in particular the experience of navigating specific highs and lows of navigating this world as a queer person, complete with homophobia and transphobia, whether it’s soft disapproval or active violence. Cishet (Cisgender, meaning identifying as the gender they were born with, and heterosexual, meaning attracted to those of the opposite sex) parents can certainly be wonderful allies to their children, but queer found family can bring a whole other level of comfort and understanding to the table that can be crucial.

I didn’t understand the importance of found family until my twenties, and I don’t think it’s a coincidence that I also didn’t explore the nuances of my own identity until I found the people who formed my found family. When I was growing up, I believed I was straight and cis. I was aware of gay folks, lesbians, and bisexuality, but they felt distant, almost fictional. The only queer people I knew were the caricatures used as comic relief on the television shows my grandparents watched, and who would want to be subjected to that in real life? No one knows they have options until they are presented with them, and I didn’t know there were words for myself until I was among those who were able and willing to teach me those words, who gave me the freedom to explore my own identity and understand the identities of others.

It took moving continents (England to America) and leaving my family behind to realize that life could be so much more than cishet expectation. I could make my own rules and figure out my own identity, one that was tailor-made to fit me instead of the one-size-fits-all I believed was my only option. More than that, I found people who wore those identities, who proved they looked good and fit well, that they were durable and bright and wonderful.

Growing up queer in a world that tells you that your identity is different and wrong is isolating to the point of dangerous. Unfortunately, queer kids are being increasingly targeted and condemned by those in power, and found family has never been so crucial. Amid book banning, withholding of gender-affirming care in both children and adults, and criminalization of adults who support and respect the Trans children in their care, being out, visible, and available is an act of courage that cannot be overstated. Denying queer and Trans youth their true identities doesn’t make them any less queer; it just tells them that who they are is unwanted and inappropriate.

Queer found family can be an alternative to biological family when those units are not healthy or supportive, but more than that, found family can be an additional support and ally as we strive to move through this period of queerphobic violence with as many survivors as possible. The Trevor Project’s 2022 survey tells us that 45 percent of queer youth have seriously considered suicide in the last year. Regardless of the outcome, this speaks volumes to the lack of basic support and hope currently available to a large percentage of queer kids.

Queer trauma doesn’t only manifest in overt violence but sometimes in simple lack of affirmation—behaviors like Deadnaming and refusing to respect pronouns. Children who are denied their core identity, even if they are loved and supported in other aspects of their home lives, invariably face higher, more dangerous risk of depression, which can, and often does, result in suicidal ideation. Having access to the LGBTQIA+ community—even if they’re not in your home or immediate physical vicinity—is integral in understanding that not only are you not alone, but you are also not strange; you are not wrong in your identity. This community offers proof of survival—proof that there is a future, a light at the end of the darkness, and the promise of hope.

Even within supportive families, the extra support from people around you who understand the specific trials and tribulations that come from the queer experience, who have walked the path that you are now walking and can speak to their own experience, can ease the intimidating journey toward adulthood.

Within non-supportive families, found family is a lifesaver. It’s vital for children to see queer folks surviving and thriving, living life on their own terms, out of the shadows and out of the closet. And those examples are key in raising the new generation of queer children to be proud of who they are, comfortable in their identity, and fearless in the face of adversity.

Speaking from a personal place, I have two families—the family I am related to, and my chosen found family. I love my biological family, and I know that they love me, but that doesn’t mean they are enough on their own. As the only queer person, being around them feels like an island in the middle of the sea, like they’re speaking a language that I don’t understand and expect me to wear a costume that no longer fits me, if it ever did. Tolerance is not the same as acceptance, and it’s a very particular kind of pain when you know the people who claim to love you feel the former but not the latter.

But with my found family, I am myself. Wholly, completely, comfortably myself.

Ideally, nuclear family and found family work hand in hand to love and support the new generation of queer folks, raising them to be confident in themselves as we fight to make the world a better, kinder place and give them a future worth living for.

You can learn more about Sir Callie and the Champions of Helston and purchase it here! 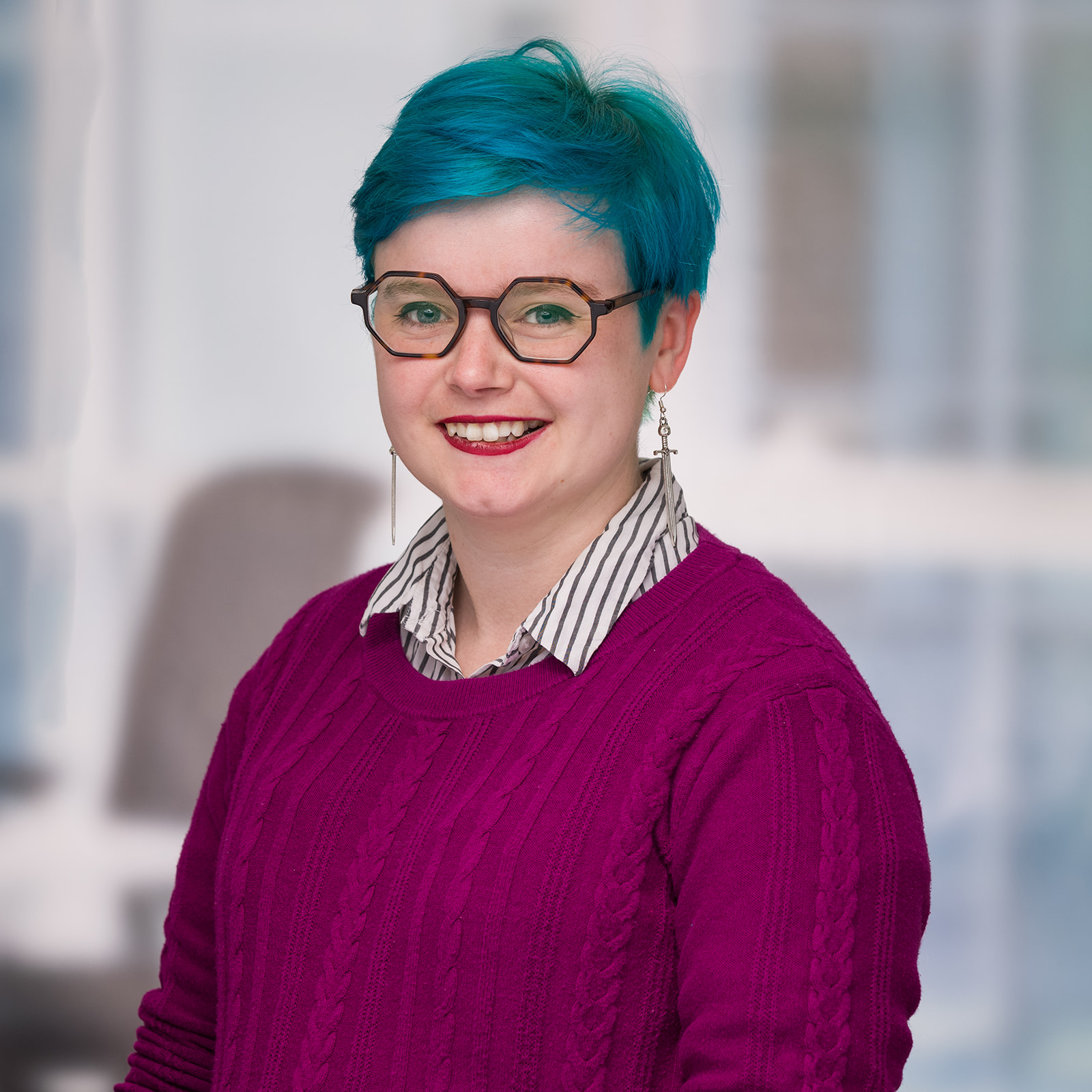 After cutting their teeth on a steady diet of fan fiction in the Southwest of England, Esme Symes-Smith wandered north to Wales for their degree in literature and creative writing, then promptly migrated to Missouri after meeting their wife on Tumblr. Esme has been a ghostwriter, an editor, a frozen-yogurt seller, and a caffeine purveyor. They now wrangle preschoolers for a living and have a severe tea problem. SIR CALLIE AND THE CHAMPIONS OF HELSTON is their debut novel. You can follow Esme on Twitter @EsmeSymesSmith and Instagram @ez_symes_smith.

Launching A Movement During A Pandemic - An Interview with Teen Entrepreneur Lila Meltzer
Who Am I? Parents As Model-Influencers: Guiding and Listening to Their Kids’ Individual and Unique I...
When mom comes out: A mother’s journey to celebrating her own queerness
advertisement

Launching A Movement During A Pandemic - An Interview with Teen Entrepreneur Lila Meltzer
Who Am I? Parents As Model-Influencers: Guiding and Listening to Their Kids’ Individual and Unique I...
When mom comes out: A mother’s journey to celebrating her own queerness