What I told my kids about their uncle's opioid overdose

“Uncle Scotty made a mistake and he died.” Having to utter those words to my four children was one of the hardest things I had to do as a parent. Everything you wish you would have said goes out the window when tragedy strikes. Nothing can prepare you for that moment, or the ripple of emotions to follow.

Last November, I lost my brother to a fatal overdose containing the silent killer Fentanyl.

At the young age of 33, he was taken from us far too soon. As his only sibling, there’s a significant hole that will forever exist in my heart. As a mother, I’d never thought in a million years I’d one day have to look my children in the eyes and tell them they would never see their Uncle Scotty again. Without a doubt, it would be one of the most gut wrenching parental obligations I’d ever face. The first of an entire lifetime of discussions we’d share about death, grief and the dangerous reality of experimenting with drugs. 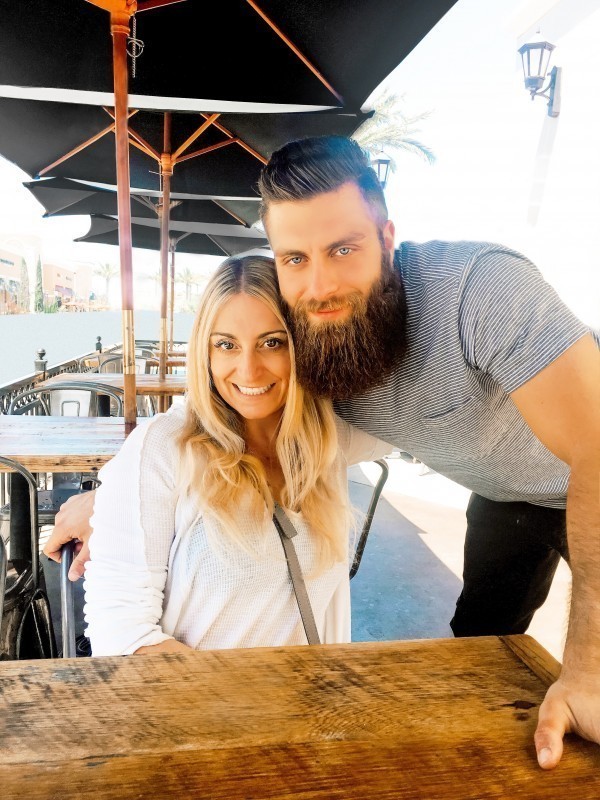 After just learning of Scott’s death myself, I remained in a state of shock for what seems like days. Weeks, even. But as a mother, I had to pull it together and face my kids. And so, in a remarkable state of renewed composure, my husband and I sat them down after school, and together, we had that hard conversation.

“Uncle Scotty made a mistake. He took an illegal drug that poisoned him, and he died.” Hearing those very words leave my mouth created another layer of numbness. Looking back, I was as strong as I could have been in that moment. I can’t say if our approach was right or wrong, but we chose to be straightforward and to the point. This kind of next-level parenting doesn’t come naturally, that’s for sure. Unfortunately, it comes out of necessity, and we just do the best we can.

Taking their ages into consideration, we refrained from sharing too much detail. However, there was an all too important lesson at hand, and we didn’t want to skirt around the facts. Their futures could depend on it. 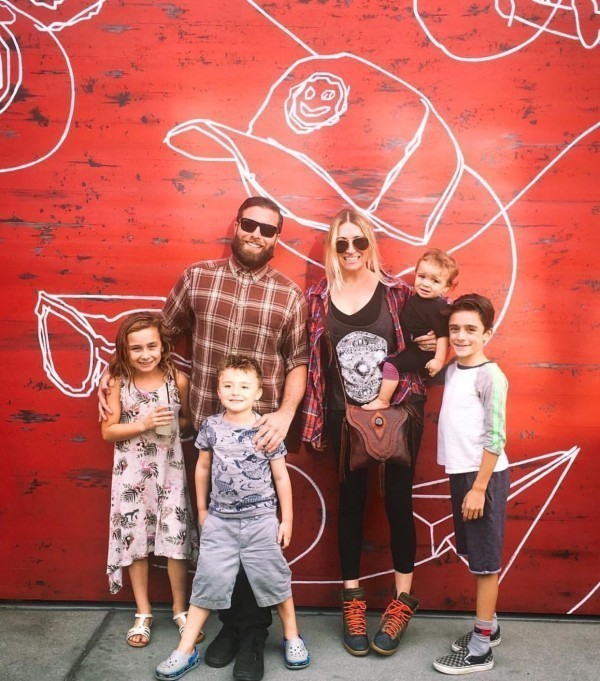 “Why, Mom?” They asked, stone faced and confused. I suppose their reaction was typical for kids, but how was I to know? This was new to me, too.

“Uncle Scotty did not want to die. He used drugs that he shouldn’t have been using. They were not prescribed by a doctor, and therefore unsafe.” The kids weren’t quite sure what to make of it. In the weeks to follow, we tried our best to make sense of it all, with continued conversations initiated by one child or another.

We went on to explain that people from all walks of life, take drugs for all sorts of reasons. We don’t know for sure, but we think Scotty was a recreational drug user. Maybe more, it’s hard to say. The painful truth is that the addiction gene runs in most families, and all it takes is a few times to become a drug addict. Since the increase in Fentanyl related deaths, it’s clear to see that experimenting with illegal drugs of any kind, even just once, leaves you vulnerable to possible accidental death by overdose. It was our duty as parents to make sure that was ingrained in our children’s heads for years to come.

As a family, grief is a new chapter for us. Uncharted territory, if you will. Feeling helpless is now more the norm than it’s ever been, though I can’t just let it take over my every day. I want to do everything in my power to be strong for my kids, and certainly I’m not the first mother of four who has experienced a tragic loss like this.

The outpouring of love and support from family, friends, and even followers whom I’d never met, has been astounding. I’ve always thrived on community, and boy did ours ever show up. My cousin flew in from New York. My best friend moved in for a few days. Flowers, meals and mementos arrived daily. Looking back, it was like we were being wrapped in a giant blanket of comfort, and I know my kids felt and appreciated it, too.

After sharing a post on my Instagram page, hundreds of people reached out to share their condolences, support and stories of their own grief and loss. Through it all, I came across some great advice on how to talk with children about the drug-related death of a loved one. I learned to acknowledge my feelings to the kids by saying things like “I am feeling sad and confused, and I know I am showing it”. I learned to take breaks, and ask for help from neighbors and friends to prevent my kids from experiencing my extreme emotions. And I learned that it was important to help the kids form their own narrative, one in which they took comfort in sharing. 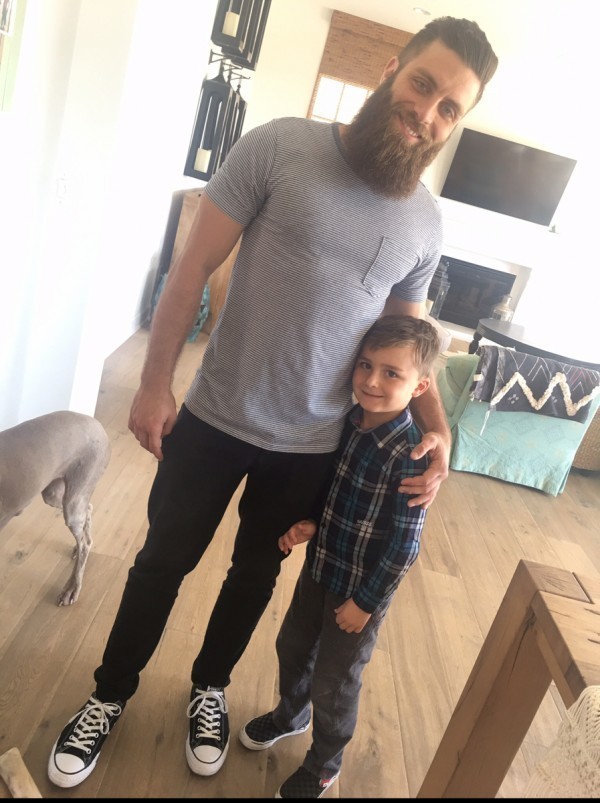 Of all my children, Scott’s untimely death really struck a chord with our six-year old, Roman. The two of them shared a special connection, and I made it a point to let him know that Uncle Scotty will always be with us by framing a photo of the two of them for his nightstand. Like adults, the coping mechanisms of children also vary. My two oldest kids seemed to take comfort in being there for me by helping out around the house. And my fourth, still too young to understand, had an inherent ability to comfort us all. Nothing makes him happier than wearing his sister’s old princess dresses, and twirling around the living room to his favorite Disney soundtracks. It’s been his nightly routine for as long as he could walk, and it’s pretty adorable.

It’s been a little over three months now. Although the pain has not lessened, I’ve become more determined in my pursuit to raise awareness and save a life. Every day, I work on channeling my inner optimist, by rallying for positive change through communication with my friends, community, and most importantly, my children. My husband and I talk openly about drug overdose with our “tweens”, because we want them to be hyper aware that these tragedies are preventable. And that making good life choices can make or break their futures.

Anyone who knows me, knows that passiveness in the wake of tragedy is against my religion. When my brother died, a part of me died with him. Utterly empty, crushed and picking up the pieces, there’s still the relentless and resilient side of me who wants to do something about it.

I’ve since begun raising awareness about the opioid epidemic. Working fast and furious to get my story out there, my hope is to foster interaction, education and overall awareness on the dangers of opioids. My end goal? To ultimately save lives. 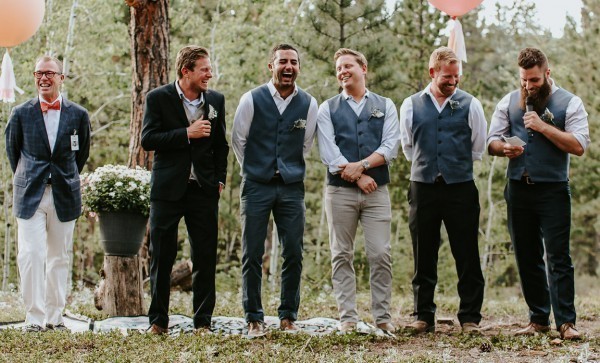 My brother left behind an army of friends, and a loving girlfriend, who have since become family. He was loved tremendously by his Hermosa Beach community, and it was evident in their countless hugs, messages, photos and kind gestures. Last month, a couple of his friends drove to San Diego to surprise Roman with a few bounce houses for his 7th birthday.

Scott’s “village” has become ours, and ours, theirs. Together, we’re going to commemorate his life and his love for nature by planting a tree in his honor later this year, hopefully on August 31, which is International Overdose Awareness Day.

Raising good humans means sometimes having hard conversations. This was by far my most challenging to date. And it doesn’t stop here. We’ll continue the conversation during every phase of my children’s lives, no matter where their life choices take them. And forever their Uncle Scott will live on in them!

How do you and your children communicate while coping?

Listen to my Podcast, "The Mom Confidential" The Heroin Diaries With Nikki Sixx

Listen To my Podcast, "The Mom Confidential" Interview With Alexandra Cameron from the National Opioid Action Coalition

My little brother and the opioid epidemic: A story I never dreamed I would tell
Here's what kids who are grieving need most
I Shot Up My Children's Phones...and I'd Do It Again
advertisement

My little brother and the opioid epidemic: A story I never dreamed I would tell
Here's what kids who are grieving need most
I Shot Up My Children's Phones...and I'd Do It Again