Excuse me while I set your child straight! 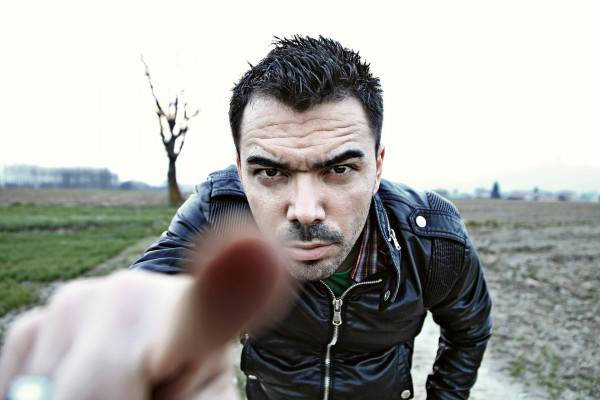 Is it ever appropriate to correct other people’s children? This is a topic that generates extreme opinions amongst parents; views that range from a resounding “yes” to a “hell no.”

Where do you stand?

Just yesterday, I was at an event where I volunteered to help run some children’s activities. I was assigned a location, and along with two other volunteers, helped direct and aided the children that came to our area to take part in our assigned activity.

Some of the children I encountered impressed me with their manners, however, numerous others were blatantly rude and impolite towards other moms assisting and me.

Should I have said something?

Impoliteness is something that many children lead with — either because they have not been taught respect and manners at home, or their age and personality don’t allow for them to remember how to act in all situations, and at all times. Heck, sometimes, they are just kids being kids.

I assume that many of you, like myself, regularly are on the receiving end of disrespect from other people’s children, but is this something that should be spoken up about or ignored?

Do bad manners warrant correcting in every situation or should behavior correction, with other people’s children, only be acceptable when something more and worse than discourtesy is going on?

This is a tough one.

As the adult in these situations, do you take into consideration whether or not the child’s parent is present or in the vicinity?

Does whether or not they are, influence your decision of whether to speak up or not?

If they are there nearby, but not paying attention, do you still feel it is okay to speak directly to their child?

Let me tell you a little bit about my decisions in recent situations like these.

Concerning the incident described above where I was helping host a kids activity, I did speak up.

I did not speak sternly, and I did not intend to come off as disciplining the impolite children -- I simply stated, lightheartedly, “please be sure to mind your manners.”

Additionally, I outwardly praised those that were using their manners by stating, loudly enough for all to hear, “thank you for your manners.”

Let me tell you about a second incident, at a local bounce house where I chose not to speak up.

I was eating a healthy snack bar, and a little girl came up to me, snatched it out of my hand, took a bite, said “eww,” gave it back to me and then ran off to play.

I scanned the bounce house to look for her parent and made eye contact with the woman who was evidently her parent.

Do you know what the woman did?

She gave me the “stink eye,” as if I had done something wrong?

I did not correct her child, nor did I approach her, because based upon the look that she gave me, I assumed would not be into respectfully discussing what had just happened.

A third incident that highlights lousy behavior, but has my child exemplifying it is one that I referenced in an article published a while back on my site, Scary Mommy and BLUNTmoms.

In this situation, my son was acting up at the library and by acting up, I mean, being loud, crying, refusing to do what I was asking, etc. Nothing too crazy and pretty much what you would expect from a tired toddler.

Still, as I was leaving the library on that day with my typically, well-behaved, but defiant in this moment toddler over my shoulders, while baby-wearing my youngest, a man verbally scolded my son — while I was holding him.

I was furious, yet I maintained my cool (somewhat) and informed the man who I did not appreciate him speaking directly to my son while I was standing right there. Additionally, I told him that I was doing my absolute best to handle MY situation.

Yes, this was my situation, not his.

Some not nice words were exchanged between he and I and then we went our separate ways.

Of course, I was traumatized the rest of the day and left feeling extremely bothered by the fact that a stranger dared to approach my son and me and inflict a correction, seemingly upon both of us.

Whether you are the one whose child is on the receiving end of a stranger’s correction or you are the one who feels that the situation requires you to intervene and speak up, there are some things that we all should remember when we are communicating with others — other adults and other people’s children:

** Consider whether the behavior is dangerous or harmful and if it is not, then maybe, just maybe, it is something you can ignore.

** If the behavior is something you don’t want to ignore, then express your opinion in a jovial, joking or light-hearted way. Presenting your view and correction in this tone and style is sure to be received better than if you didn’t.

** Consider that sometimes, merely making your presence known in a situation, to either the other adult present or the children involved, can have the effect of stopping the behavior.

** Speak directly and respectfully to the over-seeing adult when they are present, and you have deemed it necessary.

** Give kids a break! Because, for real, when your child is the one that forgets his/her manners, and it will happen, you would appreciate that courtesy being bestowed upon them.

So, what's the conclusion?

I think that the overall takeaway is that if you raise well-mannered, respectful children and you, yourself, respond to any lack of manners or disrespect aimed in your direction, with dignity and courtesy, then we will be maintaining positive communication with those around us, as well as modeling that for our children.

My Son Came Home with a Bite Mark and Here's What I Did About it
Bring Back Basic Manners, Please!
The Secret to Teaching Kindness to Kids
advertisement

My Son Came Home with a Bite Mark and Here's What I Did About it
Bring Back Basic Manners, Please!
The Secret to Teaching Kindness to Kids