Evolution of a Superdad

Most single women are selfishly looking for a good man to spend their lives with, without thinking about whether he will make a good father to their future children. When I met my husband, he was a Little League coach without even having a kid. Total dad material, right? But I knew on day one, minute one he was going to be the king of my castle. What I didn’t know was becoming good parents doesn’t happen overnight. It takes some practice…. 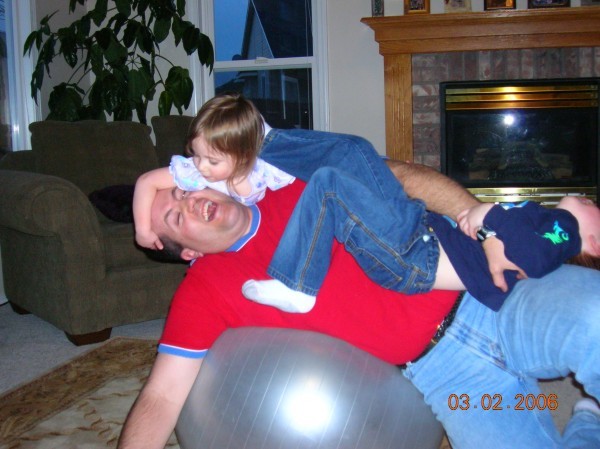 “On the first day God created”… Captain Literal. I’m not going to lie, being a rookie parent is terrifying. We spent 9 months hearing, “Oh don’t worry, your parental instincts will kick in and you guys will be great!” Before we left the hospital our son was circumcised. The doctor told my husband to be sure to be generous with the ointment so nothing sticks to the diaper while the wound heals. Feeling sympathetic to his son’s pain, Captain Literal goes through an 8 ounce tube of ointment in 72 hours! He globbed so much on there that our son had trouble peeing around it. Our paternal instincts had us calling on our own parents pretty quickly!

“And on the third day God created”… Negotiating. In many ways I married a tough guy. He is called a man’s man by his friends. Yet I am pretty sure none of these friends have seen him at 2 a.m. when one of our kids is puking.

In March of 2006 we entered into what I thought was a binding contract in which the aforementioned husband agreed that if we got a puppy he would do all the puppy training. I’m pretty sure my exact words were, “I’ve been getting up with babies for four years! If you want a dog, you’re doing it. I do humans. You do animals.” He agreed without hesitation.

I should have seen the warning signs of contract failure early on when my toddler nephew projectiled a hot dog at dinner. Not only did Superdad have to get up from the table, but he couldn’t even finish his dinner! I am usually pretty sympathetic because I’m the one with the medical background and have dealt with all kinds of fun bodily functions, but we had a deal! Nine years later when our ‘puppy’ is sick day or night…Superdad vanishes as fast as Clark Kent in an emergency! I get triple wife points every time now.

“And on the fifth day God created”… Superdad! Every dad wants to be a hero to their kids. Our son worshiped everything John Deere when he was little. His grandma had a custom tractor piñata made for his birthday, which happens to be very close to Independence Day. Superdad and Super Uncle got this great idea to take the used piñata, that we were obviously keeping because our son couldn’t bear to throw it away, and fill it with fireworks so it would light up like it was alive. Our 4-year-old thought this was an awesome idea! I mean, his heroes wanted to use his toy for big boy fun! Guess what happens when something that lights a spark touches something that is made of paper? You guessed it… 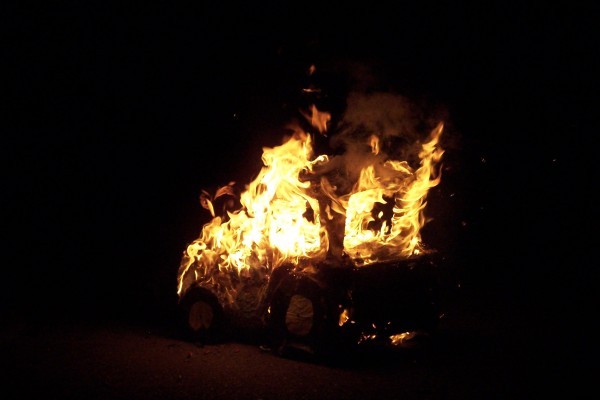 “On the seventh day God created” ….camping. Am I the only one trying to convince their husband that camping isn’t the same thing as a vacation? He says all I have to do is plan the meals, buy the groceries (Why does it cost three times a weekly grocery bill to eat in the woods for 3 days anyway?), load the trailer, wash and pack all the clothes. Then while on ‘vacation’ he raises his platter of grilled meat in triumph like he just took down a mammoth with a spear…OK, if I’m being honest, I haven’t actually seen him raise a platter in triumph, I’m usually off scrubbing our clothes on a rock or something. Hmmm…something tells me he’s never been to a day spa.

We spend our kid’s teenage years using parenting strategies ranging from “Good Cop Bad Cop” to “We don’t negotiate with terrorists.” It’s pretty easy to see who the good dads are, and we know we’re one of the lucky families. There’s nothing better than a man with a sense of humor who wants to be around his kids, be a part of their lives and shape the adults they are growing up to be. We couldn’t live without our Superdad — he’s the king of our castle. 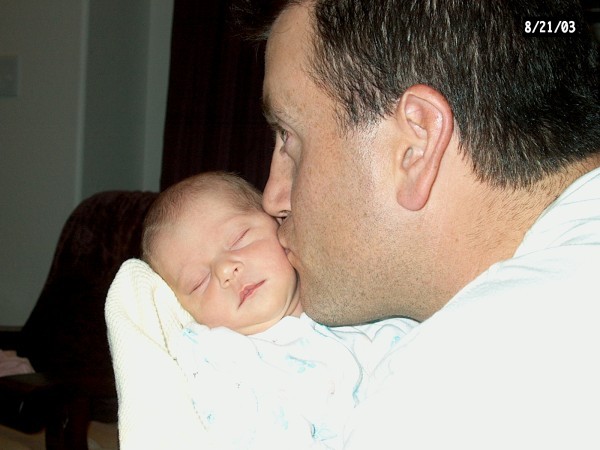 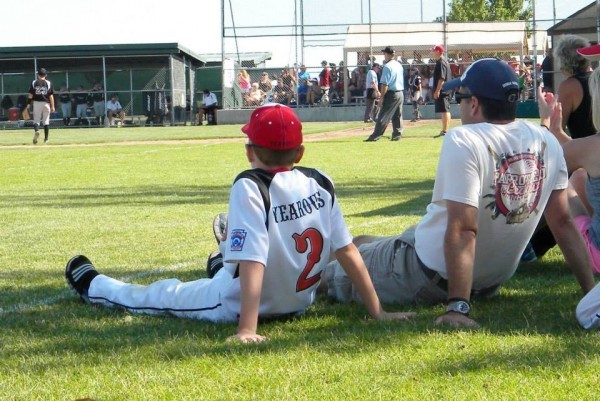