Everyone's Entitled to a Hard Day -- Except Moms, Who Should "Shut Up and Be Grateful"

I had a hard day with my boys a few weeks ago.

Truthfully, we had a series of hard weeks. I wrote about it, because, well, that’s what writers do.

The article went crazy. It was shared thousands of times across various forms of social media and I received countless messages from other parents who felt like I had really expressed their struggles.

Then there were the others.

Out of the woodwork emerged people who were outraged I would dare write such things.

“Well, maybe you shouldn’t have had children!”

“I would love to be at home more. Count your blessings.”

“Be quiet! Mothers have done this for years!”

I had to go back and re-read my article, to make sure someone hadn’t accidentally added to the piece, unbeknownst to me, “I hate my children, I hate being a mom, and my life is so much harder than yours.” Turns out, nope, that definitely wasn’t in there.

So why all the vitriol?

Why was an article about my hard day, my hard experience, touching such a nerve for so many?

Why is it that moms are the only people who aren’t allowed to complain? The second a mom expresses any struggle, the world is quick to remind her that children are a blessing and she signed up for this.

Newsflash: moms know their children are a blessing. Moms know what they’ve signed up for (well, as much as anyone can really “know” what parenting is like until they’ve actually done it). That doesn’t mean raising children isn’t sometimes difficult. Sharing a struggle doesn’t make a mom ungrateful. 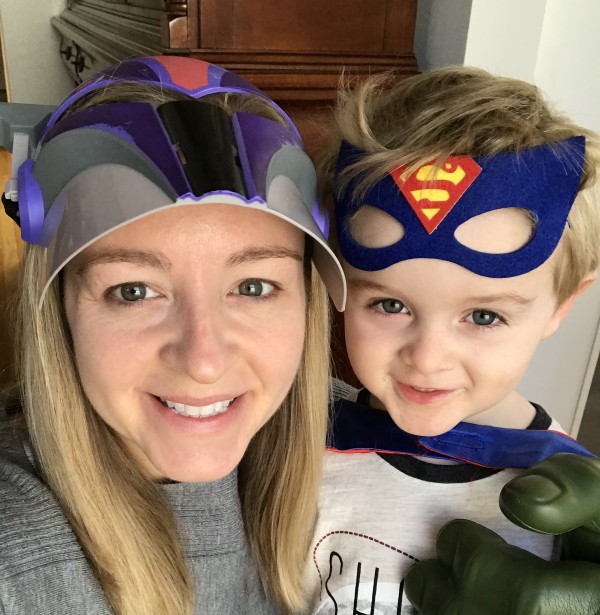 *It's possible to be both overwhelmed AND grateful*

My favorite “style” of comment was this one: “Haha, try working and raising your kids, you have no clue.”

That one really made me chuckle because I’ve been a full-time working mom (and part-time, and work-from-home, and stay-at-home --I’ve tried it all!). When I had a tough day working, I wouldn’t hesitate to share it.

The responses I got then? Full of empathy.

Everyone acknowledged that work could be stressful, that the job could sometimes be difficult. It was understood.

Not once did anyone ever respond to my difficult day (or week, or month) at work with, “You chose this, be grateful!” or “Let me tell you why I have it so much worse.”

Never did someone retort with, “Whiner!”

I’ve written plenty of pieces about raising children, some funny and some serious, some upbeat and some openly discussing my struggles. I write because I find it helpful to express myself and because other parents have told me they enjoy reading what I have to say.

I write about stay-at-home motherhood because that’s what I’m doing these days. That’s my current story. I don’t compare my situation to others’ and I don’t dare question who has it harder, because here’s the thing: It’s all hard.

When I was rushing around like crazy, trying to get my kids to and from the sitter and make sure I wasn’t late for work? It was hard.

When I’m rushing around now, trying to serve lunches with a toddler hanging on my feet and another kid hollering, “I need a wiiiiiiiipe!” from the bathroom? It’s hard.

When I had to keep it together and do my job at work, even though I’d barely slept an hour? It was hard.

When I have to lovingly teach and correct all day at home, even though I’ve barely slept an hour? It’s hard.

Everyone claims to understand that parenting is hard, but it’s the type of hard you’re supposed to quietly mumble about to your spouse or your best friend. The second you say it more clearly, or Heaven forbid, write about it, out come the pitchforks.

“She has plenty of time to write articles.”

One commenter noted, “I’m so tired of seeing articles complaining about how hard parenting is.”

Well, if the comment sections of these articles are any indication, we still need articles like this. We need to keep telling our truth. We need to be honest about our struggles.

Until everyone feels heard.

Until everyone feels seen.

Until people who disagree can simply scroll past without using the opportunity to shame someone whose experience differs from theirs.

Maybe then, as one commenter requested, I will “Stop. Just stop.”

This article originally appeared on the author's blog, The Wild, Wild West

Charissa West is a high school classroom teacher turned stay-at-home, work-at-home mother. When she is not busy chasing around her three young sons, she works as an online teacher and freelance writer. She shares her sincere and sarcastic thoughts on parenting on her blog, The Wild, Wild West (thewildwest3.com), with the goal of helping moms know they're not alone with whatever motherhood throws their way.

Why Do We Mom-Shame?
When I don't feel like I measure up in raising my kids, I remember this...
The Rise of the "Bad Mom"
advertisement

Why Do We Mom-Shame?
When I don't feel like I measure up in raising my kids, I remember this...
The Rise of the "Bad Mom"