Published by Rebecca Dube on September 16, 2016

Motherhood can be an isolating experience. Even though we're all sharing one of the most universal human experiences, raising children sometimes seems like solving a mysterious puzzle we have to figure out on our own, improvising answers as the rules change daily.

Which is why I'm so lucky to have a friend like Jane. We're "work friends": She's the health editor and I'm the parenting editor at TODAY. I respect her opinion as an editor and I trust her gut as a mom. We don't socialize much outside of work, partly because she lives in a different town and partly because her kids are a dozen years older than mine. 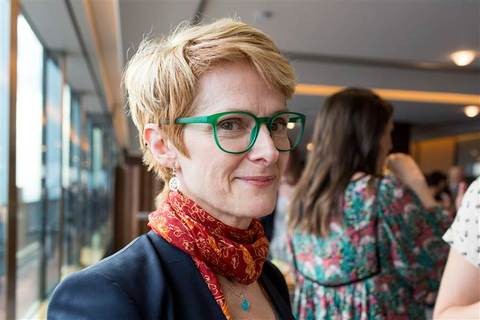 But that age difference between our kids, and the perspective it brings, is one of the reasons I'm so lucky to have her as a mom/work friend.

Parents, listen up: If you don't have any friends with older children, GET SOME.

When I was stressing over my 3-year-old having separation anxiety at preschool dropoff, Jane had been there, done that. First kindergarten parent-teacher conference jitters? BTDT. Big sibling adjusting to little sibling? Jane knew just what I was experiencing.

And it's not that Jane has all the answers (or pretends to — no one REALLY has all the answers). You definitely want to steer clear of the know-it-all mom. It's just that she's walked the working-mom path I'm on, and survived. It can feel like a lonely path sometimes, but I see her ahead of me and it gives me courage. She is living, breathing testimony that everything usually turns out OK.

When my rambunctious little man was struggling to settle into kindergarten, she'd gone through the same thing — only her rambunctious little man is now a smart, independent, self-possessed college freshman. When I moaned, "He just has too much energy!" Jane turned around in her seat and said, "He doesn't have too much energy! He has a perfectly normal amount of energy for a 5-year-old boy!"

What's more, my parenting "problems" sometimes elicit an almost wistful response from her. When I confide over coffee that I'm feeling woolly-headed because I was up all night with a restless toddler, Jane might say sympathetically, "Awwww. I remember those days when they used to curl up in bed with me."

And she doesn't say anything cheesy like, "Cherish every single minute because they grow up so fast!" But — yeah, they do, and the misty look in her eyes reminds me that one of these days I might miss lying next to a cherubic toddler who is sleep-kicking me in the spleen.

The alert look in her eyes promises me that I will, eventually, be able to sleep without a cherubic toddler sleep-kicking me in the spleen.

So, thank you, Jane — you're so much more than my "work friend." You're the unofficial mayor of my Working Mom Village, and I'm lucky to have you.

Untitled
I am thankful for Sharpie on my walls.
'We might be super-moms, but we can't stop time': Why I cried longer than my son over the preschool...
advertisement

Untitled
I am thankful for Sharpie on my walls.
'We might be super-moms, but we can't stop time': Why I cried longer than my son over the preschool...