Published by Laurie Hellmann on September 1, 2021 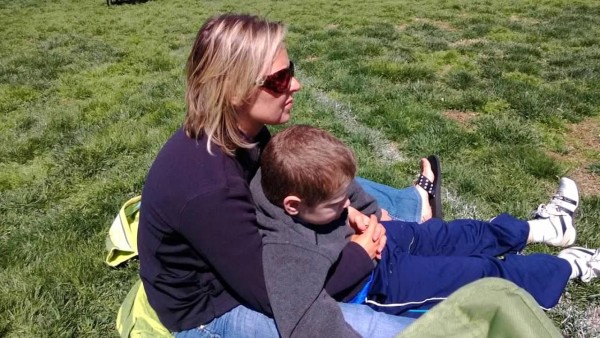 The minute we become parents, we instinctually set high expectations and timelines for our children’s development and future.

When they take their first steps, we are eager for them to run.

When they learn to put on their own clothes, we are ready for them to tackle tying shoes.

When they use the toilet for the first time, we are excited to throw away all the pull-ups and consider them potty-trained.

When they say their first word, we long for full sentences.

Because I am the mother of a severely autistic, young adult son, many of these accomplishments have yet to be checked off the list.

Parenting a child with profound special needs requires a revised set of plans – void of any timelines. Autism demands that I find a balance between acceptance and encouragement.

While I would be thrilled if my adult son could independently dress himself, feed himself or use the restroom without assistance, the most impactful milestone that would drastically change his life and ours for the better would be finding a consistent method of communication.

Throughout the last 18 years, I have struggled to connect with my son. He has never uttered a single word or made any sounds beyond a few loud giggles. I often feel heartbroken and helpless as a mother that I am unable to determine what he needs and wants or whether he may be hungry, tired or sick just by looking at him.

Although I so desperately wish to hear his voice, now likely the low tone of a man post-puberty, I would welcome any method of communication that provides him with a way to share his thoughts and opinions. We have tried and re-tried virtually every option known and available with no success. From sign language, picture exchange system (PECS), augmentative & alternative devices (AAC) loaded with programs like Proloquo2Go and applied behavioral analysis therapy (ABA) to our own home developed system of holding up actual objects while he selects either “this or this,” via pointing, nothing has resonated with him.

Several months ago, feeling defeated and out of options, other than again revisiting all the programs which had previously proved unsuccessful, I was introduced to a spelling to communicate program.

I admittedly was quite reluctant to consider the concept of spelling or typing simply because I assumed my son had no understanding of the alphabet thus, he could never actually spell words. Sadly, that is a common misperception about the nonverbal population that I too was guilty of believing – that a person’s inability to speak equates to a lack of intelligence or comprehension of the world around them.

Watching my son consistently use physical contact and aggression to communicate, his behavior and mannerisms always mimicking that of a five- or six-year-old, I correlated his level of intellect with those elementary age tantrums.

My husband and I decided that like every new idea that had come before, this was worth taking a leap of faith and committed to give it a try. I contacted the spelling therapist and, after I filled her in on his history and presumed limitations, she expressed strong confidence that my son is exactly who this program caters to!

Minutes into our first session, while the therapist read aloud the age appropriate lesson, my son behaved just as she predicted. He was banging, avoiding, wandering, shoving and seemingly disinterested. His body and mind never seem to cooperate with one another. After she completed the reading and encouraged him to ‘focus on his body,’ she called out a word for him to spell. I instantly thought to myself, “He can’t do that unless you tell him which letters to point to and even then, I doubt he knows that word.”

I’m honestly ashamed to admit it, but I clearly underestimated my son.

Well, to my surprise, he not only spelled that word, but proceeded to blow our minds by accurately answering the reading comprehension questions by spelling the answers - completely unassisted. 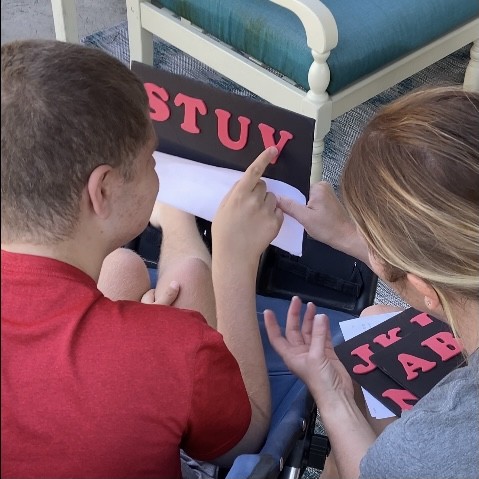 Subsequent lessons have focused on current events and again, I was in total disbelief when he spelled the names of the Presidential candidates, the word Coronavirus and several names of the Kentucky Derby horses!

Based on his apparent disregard for any television programming outside of Sesame Street and his disinterest in scrolling through an iPad for hours to watch YouTube, I always guessed he was not paying attention to the news or radio shows we turned on as background noise. But he WAS!

The label ‘non-verbal autism” is very deceptive. Our children are constantly observing, learning and retaining despite not being able to verbally share all that they know.

Although he has some mobility deficits which make it exhausting for him to repetitively point to each letter while also focusing his eyes to make the correct selection, we were in complete shock witnessing his incredible level of intelligence!

For the last eighteen years, I’ve played an endless game of charades trying to interpret the meaning behind every gesture and behavior my son exhibits. But, I’ve never given up trusting in my faith that someday he will find a mechanism to tell me what he feels, what he likes and all the amazing thoughts trapped inside his mind.

My job as a mother is to make my son’s life incredible and not dwell on the things he currently is unable to do or waste energy on people who just don’t understand. Those are the moments the disability disappears and we enjoy life, free of labels, limitations and fear.

I carry so much hope that we have finally discovered the unique key to unlock the incredible, brilliant son that I know is anxious to reveal himself. Witnessing his extraordinary resilience while waiting on me to meet him where he is has expanded my view of the possibilities for connection with my son.

Never give up hope that your child will effectively communicate because despite having no spoken language, they clearly have so much to say! 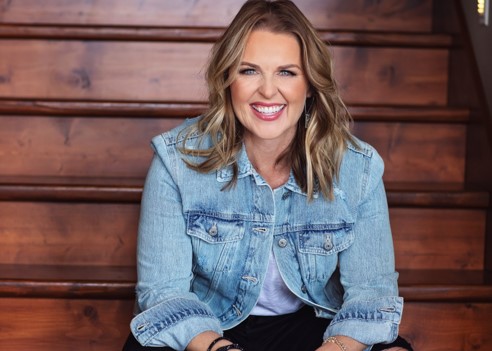 Greetings from Indiana! I'm a crazy, busy full-time medical sales manager, devoted wife and mom of two teenagers - lord help me, all while also hosting a podcast and becoming a best selling author in the process! My oldest child was diagnosed with severe autism at the age of 3 so, I proudly added the autism warrior mom hat to my collection! I have spent the last 14 years fiercely navigating therapies, medications and countless medical and personal challenges with my son. Through my podcast (Living the Sky Life), I hope to provide a platform for other families with a loved one on the autism spectrum to share their stories and insights. I invite you to take a deeper dive into my whirlwind life through my memoir "Welcome to My Life: A Personal Parenting Journey Through Autism." I enjoy openly sharing the good, the bad and the hilarious learnings from being a parent, spouse & special-needs advocate with the hope of uniting parents and our communities.

My Courageous Son - You Are An Inspiration
Things I wish I knew at the start of our dyslexia journey
Quarantine, Autism, and Never Giving Up
advertisement

My Courageous Son - You Are An Inspiration
Things I wish I knew at the start of our dyslexia journey
Quarantine, Autism, and Never Giving Up