Emotions From The NICU💜💜

Published by LexieMitchell on November 17, 2017 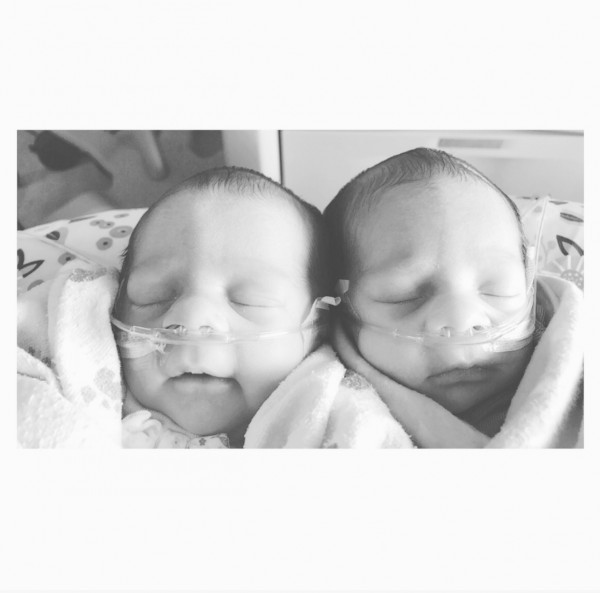 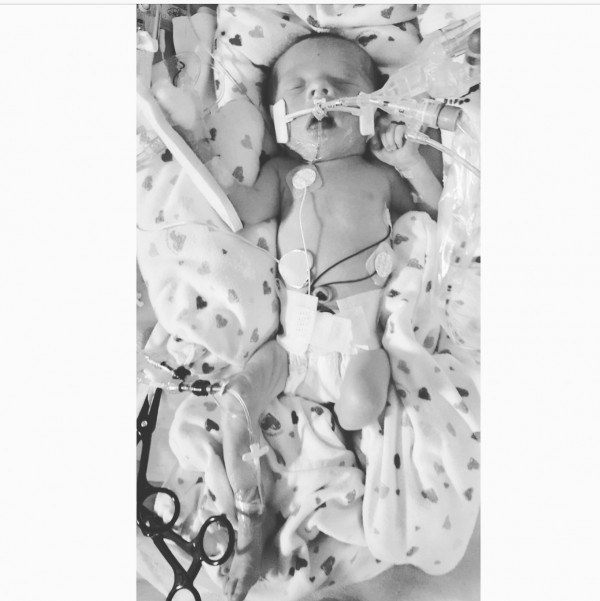 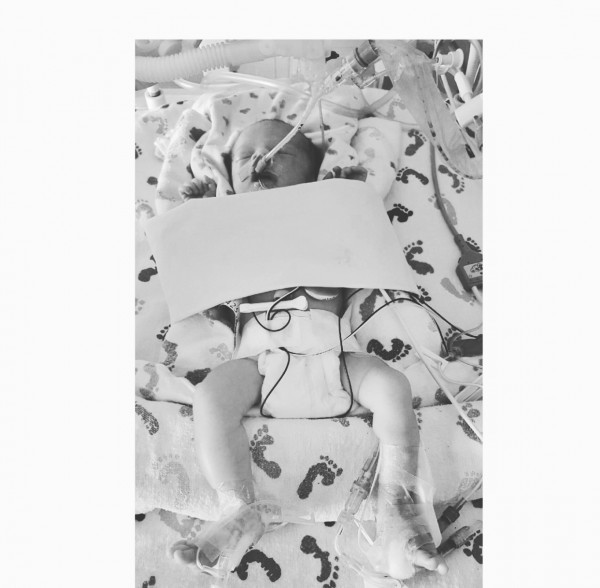 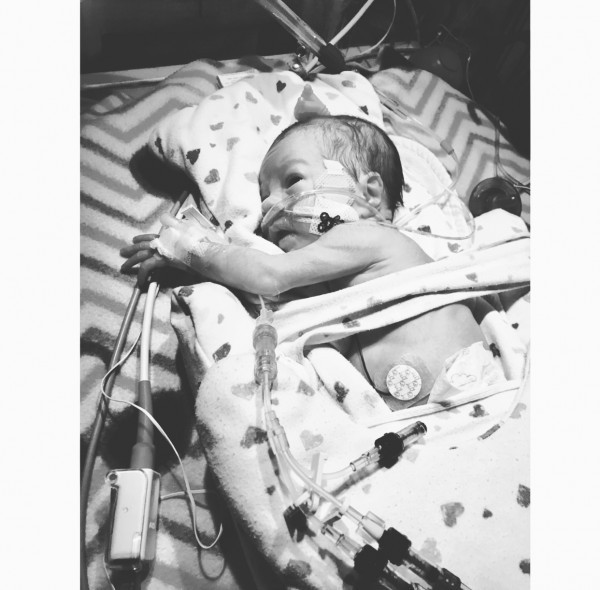 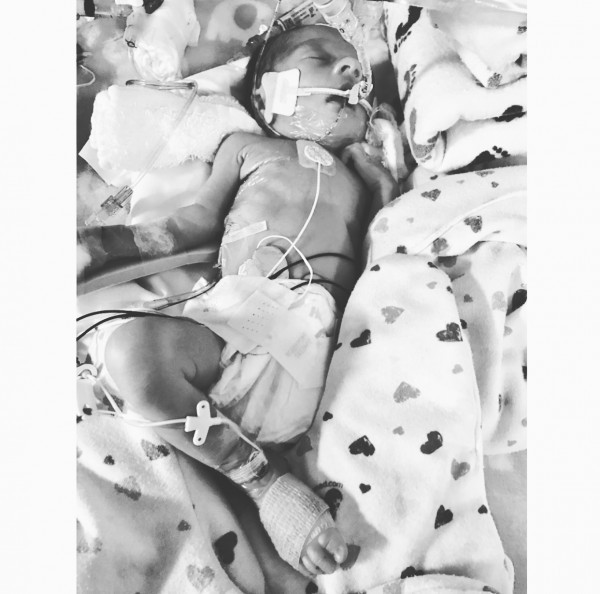 I remember thinking the hospital was a maze as I was being wheeled down the never-ending halls on my way to the NICU. With my fiancé by my side, I fought back the tears as we passed heat radiant warmers and isolates full of the tiniest souls I had ever seen. My heart was racing with anticipation to meet the two little beings I had grown so close to for the last 33 weeks and 6 days. As they wheeled me down what felt like the longest hallway we slowly maneuvered the hospital bed next to Baby B (Haisley) and then into another room to Baby A (Harper). I couldn’t help but let all the emotion I had been holding back flow out of me.

The next few days I wept in my recovery room confused and discouraged, as I tried to wrap my head around the fact that our babies were fighting for their lives. No parent can ever be prepared for that. I felt like a zombie and as if time had stopped but somehow, I was still moving. When we got the call that Harper’s lung had collapsed my heart skipped a beat. I was trembling!

When we walked (more like ran) in to see she had a tube in her chest, was now intubated instead of on the CPAP, and had IV lines in her foot, arm and head, and was on a machine called an oscillator, my jaw dropped as I stared at our lifeless baby girl. She was so sedated and only opened her eyes rarely, but when she did I could see the fight in her. This was the second time I had seen my fiancé cry (the first was the birth of our two angels). I could see the worry in his eyes that I had never seen before. They told us there would be ups and downs, but this was way more of a down than we could have expected.

In the days after, I can remember talking to doctor after doctor, and nurse after nurse, and I had no idea what any of them were telling me. What was an arterial line, a pic line, an oscillator, OG and NG tubes, pulse ox, and a pneumothorax? This is just to name a few of the terms I didn’t understand.

They had our 4lb baby girls hooked up to every IV and intubation devise on the market, and an overwhelming feeling of guilt and failure came over me. How could this be? I was supposed to make it to 37 weeks. I had just set my induction date 2 days prior! The two small humans I was supposed to be protecting, I could barely touch let alone do any of the planned skin to skin and breastfeeding I had been patiently waiting to do. Then there was the big NICU question. When will they come home?!

Each day I walked through the halls of the NICU to the very last rooms where our girls were, passing so many different families and so many different babies. I couldn’t believe how many small miracles were growing in there just like ours, and some that were not even half the size of our girls! Hearing the doctors say things like “There is a good chance,” or “They are fighters,” or “Some babies do better on this than others” were all terrifying, and it always left us with a feeling of uncertainty. It was in that moment that I realized I had to be strong for our girls, and I would do everything in my power to make their NICU stay a little better!

I started pumping and bringing milk as many times a day as I could. If I couldn’t actually breastfeed them, I would give them all the nutritious meals I could, even if they were being fed through a tube. We were very lucky to be able to travel back and forth from the hospital multiple times a day. I started researching everything the doctors and nurses told me and every scary word they said. I wanted to be able to ask questions and know exactly what would come next for each girl.

We brought clothes, of which the Preemie size was even to big. We brought blankets, and boppy’s in hopes it would make them feel more comfortable and at home. They expected the girls to come home one at a time since Haisley was progressing much faster than her sister. The thought of them experiencing another milestone when we were separated killed us, but we knew it was for the best.

Harper obviously did not want to be separated from her sister, as one day we came in and she had pretty much extubated herself through the night and was no longer on a pressurized nasal cannula. The doctors were amazed by the progress and couldn’t believe she was moving so quickly! Our girls were in the NICU for 19 and 20 Days, and each day was a new experience, and one we thought would be never-ending.

The day we left the NICU those same emotions I had when I saw our girls for the first time came over me once again but this time they were tears of joy. The love and support we received from friends and family was overwhelming. The strength my fiancé showed pushed me to help our girls take the leap they needed to both come home so quick to us. He is not only my saving grace but also our girls. It takes a special kind of person to take care of micro babies. We believe the nurses and doctors that helped our girls are true miracle workers, and some of the most amazing people we have ever had the honor of meeting. I am so grateful every day when I look into my daughters’ eyes and they look back at me. 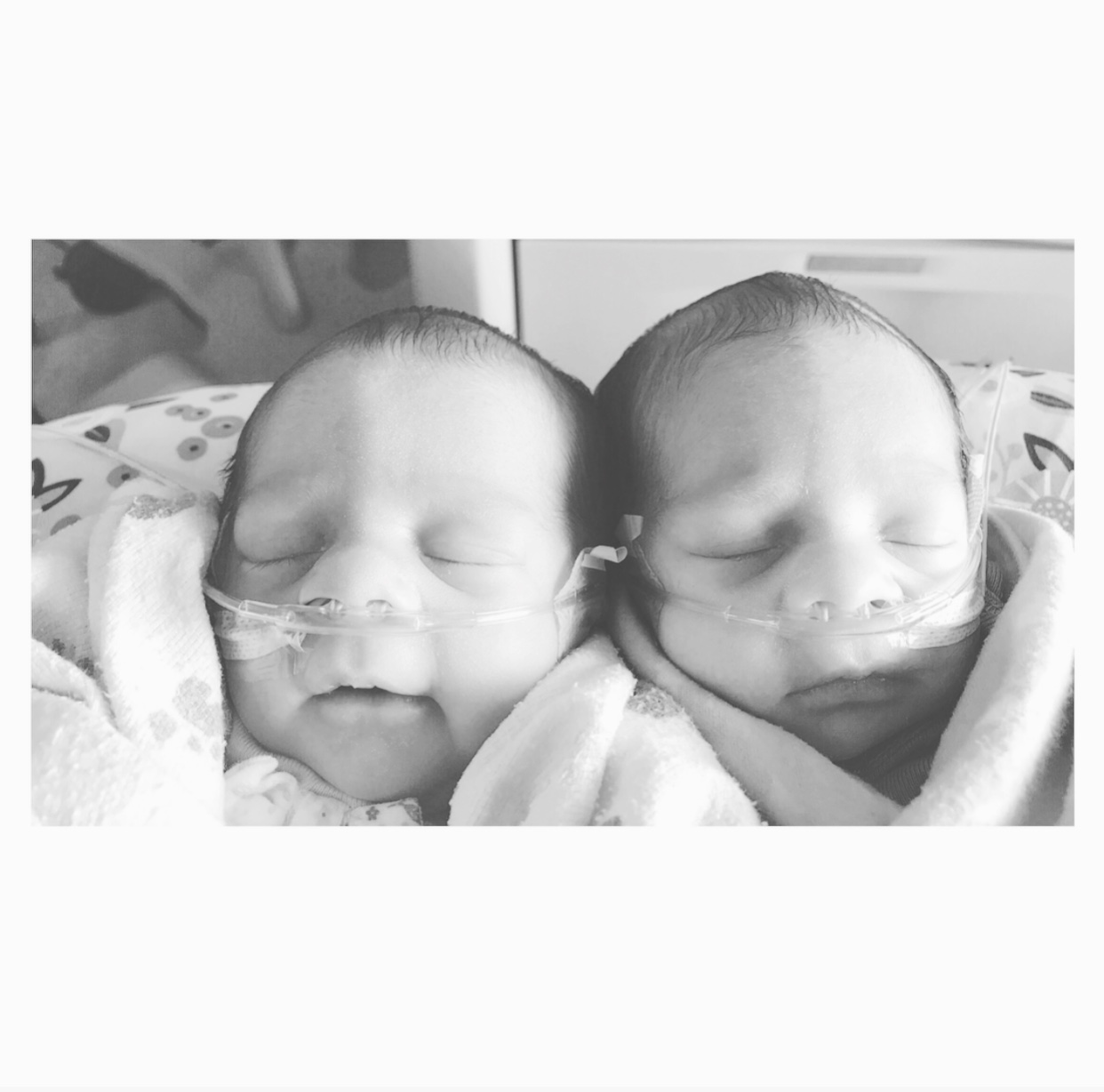 My name is Lexie, I a mother of twin baby girls. Follow me on our journey as we raise our two spunky girls.

NICU: Our Premature Twin Girls
The NICU Experience Made Me A Better Parent
3 Mothers: One who gave birth, one who kept you alive, and one who raised you!
advertisement

NICU: Our Premature Twin Girls
The NICU Experience Made Me A Better Parent
3 Mothers: One who gave birth, one who kept you alive, and one who raised you!