Recently we’ve enrolled in one of the many rites-of-passage for young children: swim lessons. My son is only a little over five months old (and, in fact, not technically old enough for the class that we conned our way into with twin puppy-dog stares). Because of his age, I don’t yet get the luxury of paying some stranger to truss him up in an ill-fitting life jacket and toss him into the pool in a well-meaning yet misguided attempt to cultivate a love for the water. Instead, I am paying for the privilege of doing it myself.

Lessons took place Monday through Thursday of this past week, but Bo and I were only in Golden for two of those days. This meant that, for the affordable price of $19 + tax, some lost nap time, and the eternal shame of baring my stretchmarks in public, my son and I got a full hour of baby-mommy “fun” in the pool.

If you’re curious why it seems that I didn’t find these lessons enjoyable, let me direct you to the sentence above where I point out that my son is a little over five months old. When I saw that the lower age limit of the “Family Fins” class was six months, I thought, “Surely my Borealis is qualified for it then! He can stand supported, sit, and scoot around just as well as any six-month-old!” Which is true. However, I did NOT realize that the lower age limit wasn’t given as, well, a suggestion. What I had interpreted as, “At six months, your child will have all the necessary skills to begin learning how to swim!” was actually meant more like, “Well, if you’re really desperate to take your kid in the water, then six months is just about the earliest we’re comfortable with.”

Being around so many toddlers reminded me how much my child is still a baby. It is abundantly clear that he has yet to develop many skills that could one day render swim lessons useful, if still unpleasant. For example, my son can drop toys; he cannot throw them. He can smile and laugh, but he can’t play games. He can yell, but he can’t talk. He knows the sound of my voice, but he doesn’t understand instructions.

And really, that last one is the crux of the matter. My command to “hold your breath!” might as well be the quiet lapping of waves on the shore where Bo first discovered he doesn’t like the ocean. (See picture.) 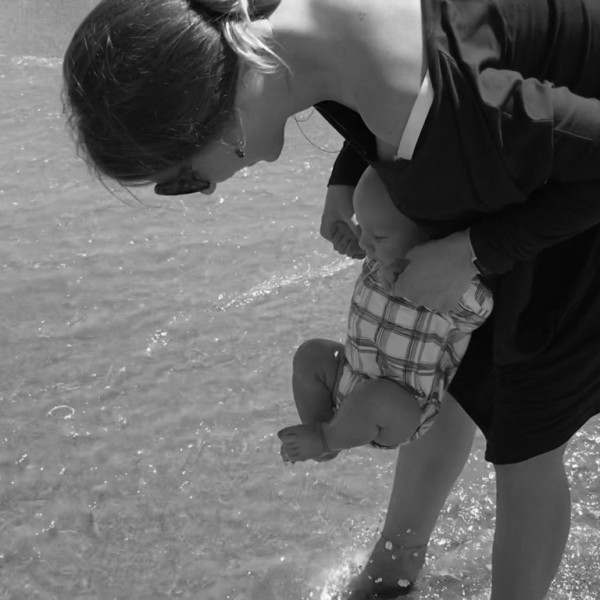 Oh sure, there’s like the Red Cross way to try not to drown your child, but its efficacy is iffy at best. (“Blow on his face, then time it just right so that he sucks in a breath immediately before you submerge him.” Really? We’re going to rely on my timing and spatial relations skills to ensure my son stays alive? I think the events described in The Story That Started It All make it pretty clear that those skills are not my strengths.) Anyway, the result is that no matter how “good” my timing is, Bo inevitably surfaces choking and red-faced.

But it’s not just the “introduction to submersion” activity that has me looking around for a CPR-trained lifeguard. It’s virtually every activity. “Practice blowing bubbles!” Neglects to blow out and sucks in water. “Practice floating on your back!” Tucks chin and sucks in water. “Hey Bo, stand here while I grab the diaper bag.” Slips out of my grasp and sucks in water. (In his defense, that last one was my fault. When he’s tired, he’ll collapse without warning… sometimes into two inches of water, which he then promptly inhales.)

I think the moral of the story here is supposed to be “wait until your kid is at least one before doing swim lessons”. Goodness knows that’s my plan for future kids.

“Oh sure!” you might say. “What parent would want to place their child in such danger of drowning?” It’s a reasonable question, and yet one that didn’t really occur to me until I began to write this post. Instead, I have been stuck pondering a somewhat-related query: Why, when Bo has ingested at least a gallon of water so far, is my biggest worry the wet walk back to the car?

It truly caused me concern that I felt so little concern at the sight of my son choking. Am I a bad parent? (Don’t answer that.)

It took until today for me to determine the answer to this conundrum. Bo woke up from a long nap and immediately mewled for a “snackie” (as my husband calls it), then began suckling away contentedly until letdown. At that point, he pulled off, leaving my breastmilk to geyser into the air and soak the surrounding area (i.e. my clothes and Bo’s face). My epiphany came as Bo started coughing violently, his face reddening alarmingly.

That’s when I understood. The reason I’m not scared of my baby nearly drowning is that it’s already an everyday occurrence.

And with that, I prepare for another week of swim lessons.

This story is dedicated to all you overproducers out there. Let’s stand together for a future where our clothes will be stained with “washable” markers and squash puree instead of with breastmilk and spit-up. 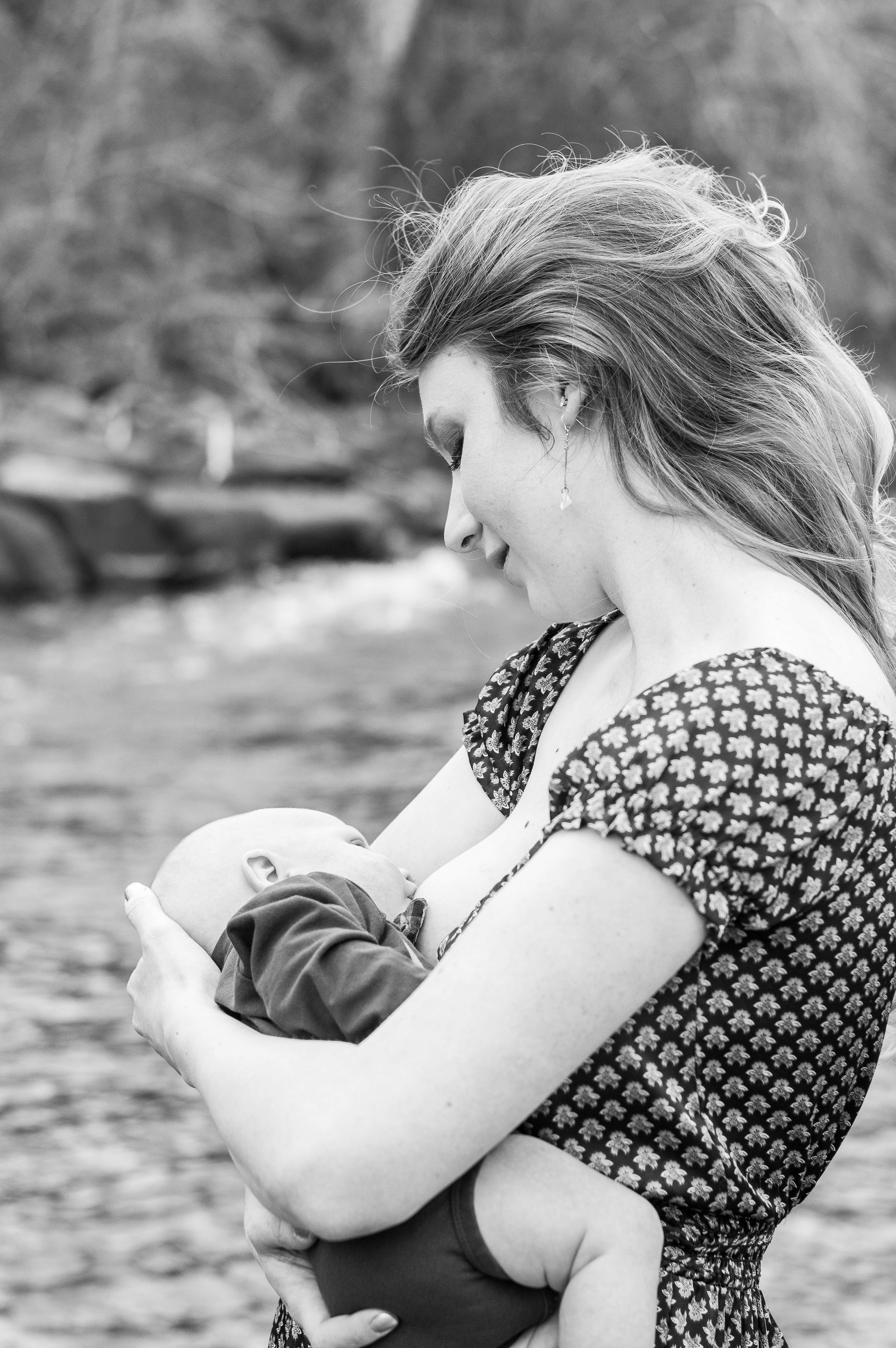 Engineer turned stay-at-home-mom turned amateur writer. (Oh, wait — I’m still a SAHM, too.) Persistently hoping for what I do not see (Rom 8:25).

How do we save our toddlers from the number 1 threat to their lives?
My son drowned, and in my last video of him all I see is a puddle jumper
Moms, it's time to get off the sidelines and stop letting Dad have all the fun
advertisement

How do we save our toddlers from the number 1 threat to their lives?
My son drowned, and in my last video of him all I see is a puddle jumper
Moms, it's time to get off the sidelines and stop letting Dad have all the fun