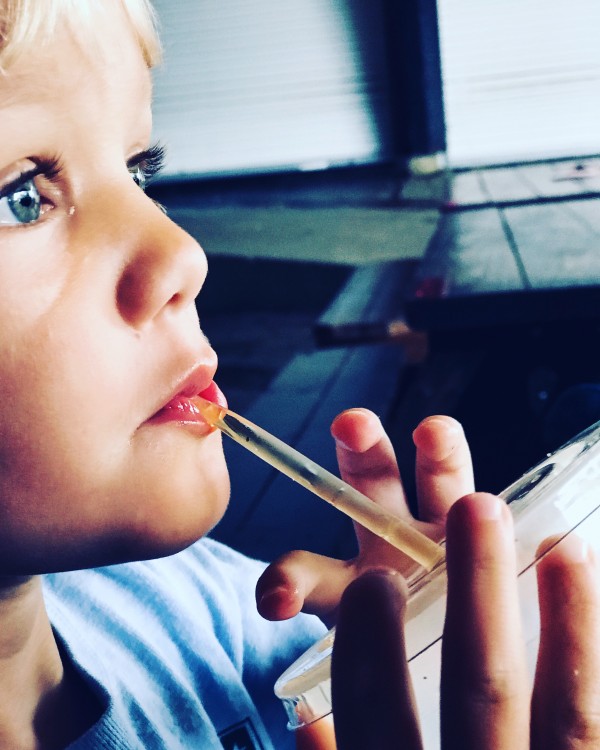 Those damn straws are a big part of our life.

I’m all for saving the world, but don’t forget that there are folks who depend on things that aren’t so great for the environment.

Not just straws, diapers, too and who knows how long we’ll need those.

He’s turning five in a few months and truthfully, I don’t think big boy pants are in the near future.

We’ve tried. Lord knows, we’ve tried, but there are so many things we want for him and using the potty isn’t at the top of our list right now.

I’d kill for him to say hello to a friend, though.

It was just a couple years ago that we did therapy sessions, sometimes two, five days per week. Yep, forty a month.

He never had latched properly, but I had plenty of milk and somehow, he got along just fine.

When nursing ended though, straws began- anything to build up the low tone that dominated my son’s oral motor structures.

We tried to blow bubbles and we had him taste lemons to encourage lip puckering and we used talk tools for poking and prodding and stretching.

And then, there were straws.

I never knew there were so many. Wide and narrow, all different lengths. Some very firm and some thin and flexible. Some disposable and some not.

Don’t take a straw if you don’t need one, order some reusable ones if you have a way to sterilize them and if you can go without, that’s awesome.

Please though, don’t forget about the families who have worked for years to see a sip of Pepsi move through that bit of plastic.

Smile, while they cheer.

You know what the world needs more than less straws?

This Boy Jack
An envelope full of kindness
‘He found the one man in the mall he felt deserved a ‘thank you.’ A man wearing a Navy veteran’s hat...
advertisement

This Boy Jack
An envelope full of kindness
‘He found the one man in the mall he felt deserved a ‘thank you.’ A man wearing a Navy veteran’s hat...