Published by Steve Nazarian on February 12, 2016

Kids, Cash, Vacations, and how to never have to say “NO” in a souvenir shop – ever again.

In October 2010, we went to Disney World. From the time they were old enough to ask, we had told our children the following about Disney:We will go once

When we finally pulled the trigger, the kids were 10, 9, 8 and 6. We purchased the vacation package in March of that same year, spending the following months planning out how we would spend our nine days in the “Land of the Mouse.”

There are endless resources about how to “do Disney” so this story isn’t about any of that. This is about a technique you can use with kids on any vacation from a simple overnight to three weeks in Europe.

One day I was reading articles about kids and money at Rachel Cruze’s website (www.rachelcruze.com), and I was reminded of a little trick my wife and I came up with, that turned a normally awful part of vacationing with children into an absolute pleasure for us, as well as an education for them.

Rachel Cruze describes herself as a speaker and author on life and money for the next generation. She is the daughter of Dave Ramsey, the noted adviser and radio personality on all things financial. Her website is full of really useful information for families of all kinds. I highly recommend you check it out.

In the summer preceding our trip, we created a program for our kids called “Mommy Bucks.” The concept was pretty simple. A Mommy Buck was worth ten cents. Every chore, good deed, or thing of value perpetrated by our children had the potential to earn Mommy Bucks. There was a notebook in the kitchen junk drawer where we kept track of their earnings.

Every once in a while, we would issue a “doubling event.” This would come in the form of a room-cleaning contest, or a garden that needed weeding. The winners of these events would see their balance instantly doubled.

Mommy Bucks could be cashed in at any time for spendable cash, but every time they wanted to do so, we would remind them that a doubling event could be just around the corner and anything they took out would lose out on the doubling.

The allure of free money was strong, even for a six-year-old.

By the time the summer ended and we were only a month away from our trip, the kids had built up some pretty nice balances in their Mommy Buck accounts. My oldest had more than $100, while the youngest had north of $50. From the beginning, we were very clear with the kids that this trip was a privilege.

It certainly was the most expensive trip I’d ever taken, and after all was said and done it cost more than my first new car.

So they knew that everything we were doing had cost money, and we expected that fact to be understood and respected.

Having chosen to purchase the Disney meal plan, and several other inclusive options, we also made sure that the kids understood the difference between “free” and “included.”

Nothing is free, especially at Disney.

For each of the kids I made a little note on my iPhone that held their Mommy Bucks balance. Every time they wanted to buy something, they would come to Emily, or me and we would discuss with them the merits of what they wanted to buy, check their balance, and then they would make the final decision on the purchase.

It was amazing to see all four kids weigh the pros and cons of something as silly as an inflatable sword. Instead of my six-year-old asking me “Daaaad, can I get that sword?” he said something more like, “Dad, you think $12 is a good deal for that sword?” Most of the time I held my tongue on questions of judgment – there are no good deals at Disney.

After each purchase, I noted on my phone what they bought, how much it cost and I calculated a new balance. Every time they came back for more I would simply show them the list of purchases they had chosen and the balance remaining.

Watching their little brains process all the previous decisions, and what they meant in the present, was absolutely fascinating.

After a few days of watching our children take ownership of their money and complete responsibility for their purchases, we noticed something. We had not told a child “no,” not even once, for anything.

One quick little Disney tip. All Disney hotels will sell you an endlessly refillable cup for something like $18. For your entire trip, at the hotel (not in the parks), you can fill it with coffee in the morning, and soft drinks by the pool in the afternoon. We bought two of these and they served the grownups and the kids alike. It is hot in Orlando and kids are going to want many drinks – we chose to invest $36 in not fighting it. Again, we never had to say no. 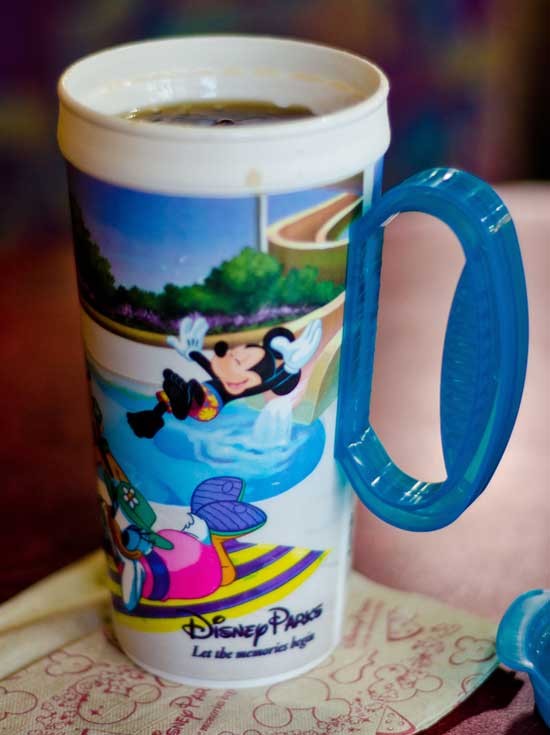 If you add it up, my wife and I each have more than half a century parenting years under our respective belts so far.

If you asked me for the one thing that kids try to do most often, I would not hesitate to tell you it is this – obtain power.

From the moment the two-day-old infant figures out that enough crying will get him picked-up and held, they try everything they can think of to shift power away from you and to them. Of course the natural reaction is to fight this grab at your parental prerogatives, but we learned at Disney that the opposite could work even better.

By handing all the power over to them, they had to deal with it. The great part was that they learned pretty quickly that getting the power isn’t anywhere near as easy as they thought it would be. All four came home with carefully chosen purchases that they owned, completely.

Sure there were some regrets, but nothing horrible and as we adults know all too well, every regret comes with free knowledge for future use.

Every one of them also came home with money to spare. As the trip wound down, they all realized that there was in fact going to be life after Disney, and they all decided that a little cash on hand might be good for reentry into reality. 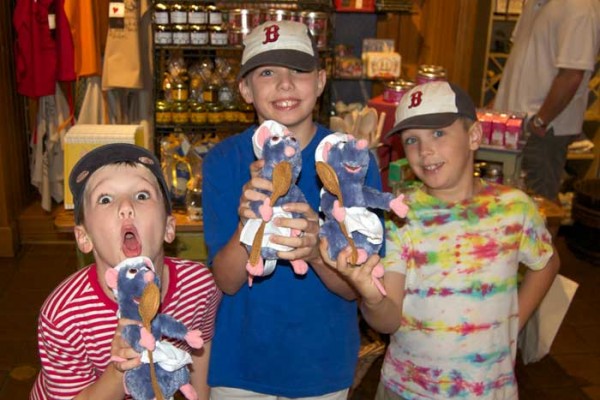 The 1980’s Hip-Hop act, Public Enemy told us that we should FIGHT THE POWER. I’m here to tell you to let them have it. If you do, they can’t blame you when the $12 inflatable sword springs a leak, just sayin’.

This story is Chapter 46 in Steve Nazarian's recently published book The Penny Collector.

Visit www.thepennycollector.com to read more stories, buy his books and discover all kinds of other fun things.