Dolls and Poinsettias: This Christmas season, I want to remember the value of hard work and minimum wage. 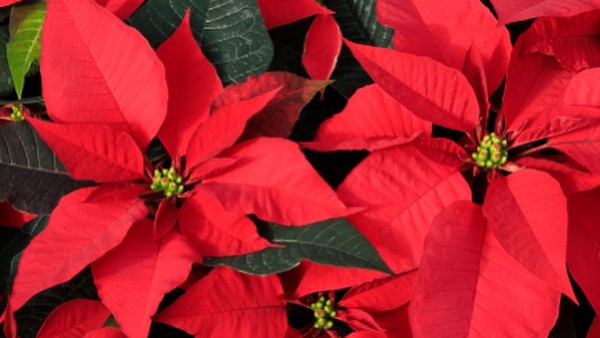 My daughter and her best friend loved American Girl dolls when they were younger. They would play with their dolls for days at a time: house, hospital, school, wedding, dance recital. Hours would be spent creating scenes in their rooms, changing their clothes, styling their hair. They tucked them in at night and awakened them in the mornings. The American Girl dolls were a part of our family.

One year when the girls were about 7 years old, they got money for Christmas to purchase the upcoming doll of the year. Because the doll wasn’t introduced until the new year, we couldn’t go to the American Girl store until January 1st. We stood in line to enter and the girls waited with their gift cards, ready to take home a new friend.

I admit that I loved going to that store as much as my daughter. I know they’re expensive dolls with expensive accessories, but the quality is good and my daughter played with them non-stop, so I was able to justify the expense in my mind. She truly loved those dolls.

We purchased the dolls and left the store, stopping by a deli for a drink for the ride home. The girls were proudly holding their new dolls as the cashier handed them their drinks. “You got the new doll?” she asked. “Yes, this is so-and-so,” the girls answered, smiling proudly and holding up their new dolls. “I cannot imagine paying $100 for a doll, that’s for sure. I would never pay $100 for a doll.”

These two sentences landed on the girls’ ears like an insult to their dearest family member. They were dumbstruck and didn’t say anything until they got closer to the parking lot. Once they were safely en route to the car, they were incensed. “How could she say that?” they asked. “That lady was so rude!”

I told them that the cashier likely worked for minimum wage, which is $7.25 every hour. I asked them how much they thought she would have after working eight hours. They tried to do the math in their head. “Maybe like $56.00?” they asked. “Close – $58.00 for eight hours of work,” I told them. They looked at each other in the back seat.

“So how many hours would she have to work to buy an American Girl doll?” I asked. “Sixteen hours?” they said with big eyes. “Exactly,” I told them. “And if rent is x and groceries are y and gas is z, do you think she would rather pay for a place to live and food, or a $100 doll?”

I don’t think the lesson lasted long with these girls who had never missed a meal or worried they wouldn’t have a place to sleep, but I couldn’t help but try. We live in a materialistic world. I know some will fault me for contributing by buying an expensive doll for my daughter. But I at least had to try. These were good kids, born into relative privilege, and I (and my good friend who is the mother of the best friend) tried to give them lessons and pearls anytime we could.

This week, I was talking to a lovely, sweet woman in a festive Christmas sweater. We were talking about all we still have to do for the holiday season, and all the tasks we haven’t even started. I told her we are waiting until my daughter gets home from college to put up the tree, so she won’t miss putting the ornaments on and eating Chinese food, our tradition on decoration day.

I told her I couldn’t find a wreath but that I found a beautiful poinsettia for the front porch at Costco this week, so at least there’s some Christmas cheer for our front porch. “Ooooh, I saw those at Costco. They were beautiful, but they were $15.99! I couldn’t pay that, so I went to Michaels and got an artificial one for much less.”

At that moment, I became the 7-year-old girl at the deli check-out. I finished my conversation with this sweet woman and walked away full of some unpleasant feeling – not really shame, but close. Maybe embarrassment. Maybe humility.

Not two weeks prior, I had commented to someone at the grocery store that the ketchup I wanted was $6.39. “Basically an hour’s work for minimum wage – how can people afford groceries?” I had said. How quickly I’d forgotten the six-dollar ketchup, as I spent $15.99 on a poinsettia without batting an eye.

As a human, I can try to live more consciously. I want to remember 1992, when I worked on my college campus for $4.25 an hour, my account dribbling to zero by the end of each month. I need to remember that the $350 electric train I gave my husband for Christmas 1997 took me 6 months of layaway to pay off. As a parent, I must keep trying to help my kids understand how good they’ve got it, and how the world works. We have to try.

When We Couldn't Find the Book My Girls Wanted, I Decided to Write It Myself
Absorb It: calmly riding the roller coaster of our kids’ emotions until they learn to ride alone.
Used Crayons: A School Supply Story
advertisement

When We Couldn't Find the Book My Girls Wanted, I Decided to Write It Myself
Absorb It: calmly riding the roller coaster of our kids’ emotions until they learn to ride alone.
Used Crayons: A School Supply Story