Deranged Quotes Declared by My Toddler in One Single Outing

When “you have a vulva, right?” — asked of a total stranger — isn’t the toddleriest thing I hear in a given hour, I know the day has already carried many blessings and will continue to do so all the way until my child passes out at night clutching the lovie du jour (a shoe, say, or a business card). I had a day like that recently.

I’m on paternity leave, and one day a week I’m home with both my 7-month-old son and my 3-year-old daughter, and now that he’s started to crawl and teethe and she’s not napping, the minutes crawl by with the intense forward motion of a snail surfing a glacier.

Fortunately, being the shepherd of a threenager allows me to act as curator of her finest moments, and provides a slice of levity in an otherwise dark and anarchic world. What follows are quotes spoken on that day over the course of a single outing by Alice — the human wind-up toy with a sociopath’s vocabulary in question — followed by the ethos and location.

It was a sensible question, under the circumstances. Alice had pooped, and I needed to pee, and despite reservoirs returning to less-critical levels I’m still pretty drought-averse and don’t like to flush when it’s not truly necessary. She’d already had me confirm that yes, it was a big one, and yes, I was very proud. I had Louis strapped into the 10-year-old Baby Bjorn, the only carrier he’ll handle — the one with less back support than a gorilla hanging from my mouth — and although I’ve become a Papa Pee Ninja, I knew he’d be upset and my aim would be suspect.

But I had to pee.

So pee I did, while Alice cheered me on.

Then, while Louis started to really scream, Alice decided to pee on my pee that was on her poop, and then I reflexively flushed and after three seconds of stunned silence she screamed “I WANTED TO DOOOO THAT” and threw herself onto the gross, gross floor, and then Louis vomited curdled milk everywhere.

(A long list of everyone who’s not sad anymore, now that we found her babing suit) [exaggerated relief/car]

Alice has about 17 different leotards, but only one “babing suit” that currently fits her. It was lost, and we needed to go: We were meeting friends at the park and Louis was already too far into his “wake time” for my liking. I told her we’d find it later, to just use a leotard (somehow me acting all faux-casual didn’t transfer to her), and she began to get panicky and wobbly-lipped and so we embarked on a futile search for it and were about to give up when I finally saw it tucked into a corner of the couch. Alice was so relieved she hugged it tight with snotty tears and began listing all the people and things that were happy now: “Papa is happy now, and Mama, and Louis, and my dog, and Pickle, and the couch is happy, and Grandma is happy and —.”

This continued until we were almost at the park when she asked if she could wear a leotard instead of the babing suit.

Threatening to throw her favorite puppet Pickle the Raccoon into the garbage was not my finest parenting moment, even if she was hitting me and her brother in the face with him, which she was. But the current list of things that Alice loves most in the world goes like this, in order: Mama, Pickle, Louis, me, the dog, leotards & ice cream (tie). Anyway, after I made my ill-advised display of bluster, she reminded me that Pickle wasn’t old enough to be tossed into the garbage, and I was forced to concede the point.

We were headed to a park with a water feature, it was really hot, and she was finally ready to go in her babing suit. For some reason, which in retrospect was a battle I had no business fighting, I made her wear a skirt or shorts. Why? I don’t know. I even told her she could take it off when we got to the park. I’m just making this parenting thing up as I go and I think maybe I needed a little bit of control at the moment? Anyway, once I was in the battle, I couldn’t give in (again, motivation unclear), and so I chose the awesome dinosaur-patterned skirt her Auntie made for her, and while she put it on, tears streaming down her face, she screamed at me that dinosaurs don’t swim. I considered pointing out that interestingly enough, many dinosaurs were actually water-going creatures, but I bit my tongue.

Alice loves to make up words, and unfortunately, one of them sounds exactly like “cock.” My wife and I have tried all the tactics, from ignoring to distracting to “don’t say that” to “how about a different word,” which have all combined to let Alice know that this word is now ammunition. If anyone heard her scream “I want cock!” at the park they did a great job hiding it, and for that I thank them.

Alice was trying to take off her dress, and since my wife and I have taught her two different and contradictory top-removal methods, she gets stuck sometimes. Partway through removing the dress, she got all tangled, and for about 10 seconds she thought it was funny before the pre-hyperventilating started. She did her best Bogart impression, and when I laughed, she kept the same voice and said “Big trouble. Big trouble, buddy! I said that and you laughed!” before the claustrophobic panic set in.

“Sometimes I like to hug you on your foot.” [faux sweetness/blow-up pool]

Alice has never been a big hugger. Sometimes I’ll ask her if I can have a hug and she’ll say, quite thoughtfully “um, no thanks, maybe tomorrow, mkay?” I respect that, of course, and want to encourage her body autonomy as much as I possibly can. But she can also be a sneak about it. She knows I want hugs, and so she mainly dispenses them when she’s wet and I’m actively trying to remain dry (like when I’m holding my crying baby).

It was hot, so when we got back from the park it was straight into the blow-up baby pool, and that was definitely the best time for her to come out and give me soaking-wet embraces on various parts of my body.

“I do shoes first THEN my socks!” [hopeful but increasingly panicky about her plan/couch]

She got it into her mind that she wanted to put on her shoes before her socks. I don’t think she ever intended for it to become a battle, but after the gauntlet was laid, some part of her mind understood she had to see it through at all costs, despite my gentle explanations that it simply wouldn’t work. She even invoked her most recent favorite book, “The Carrot Seed,” in which a boy plants and tends a carrot plant and retains hope it’ll grow despite everyone telling him it won’t: “Papa, carrot came up. CARROT CAME UP!”

I tried to say “nice text-to-self connection,” but it was drowned out by the muted, hiccuping sobs emanating from her mouth while she buried her face in the couch, one sock on the ground and the other dangling off her shoe, which was on the wrong foot.

“You have a vulva, right?” [curious/store]

That’s pretty much it. She asked a woman behind us in line if she had a vulva, and the woman furrowed her eyebrow and I said “Okay! Alice! We forgot the milk!” and we left our spot in line to get milk even though we already had milk. 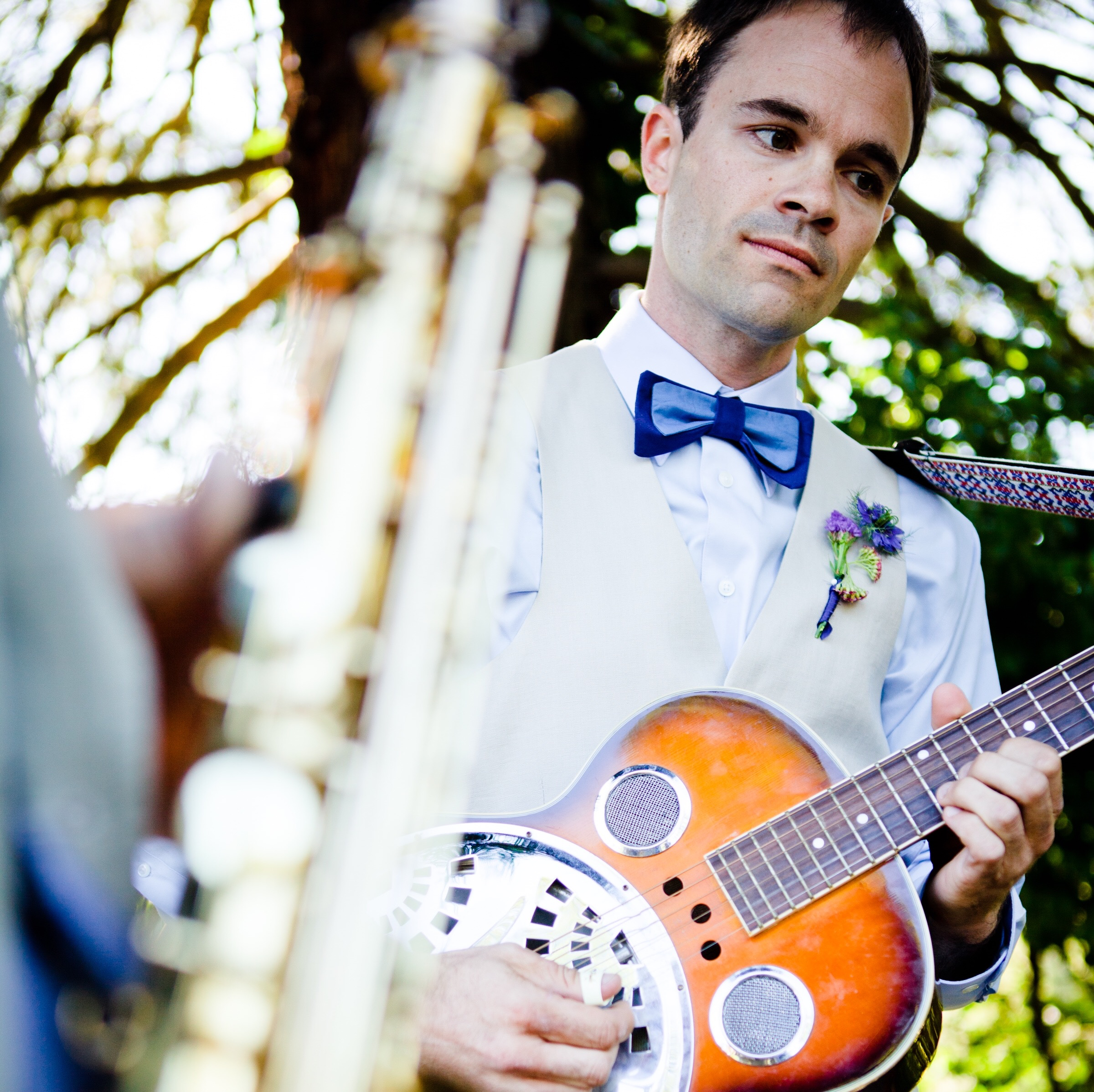 Bret Turner is a first-grade teacher in Oakland, CA, and the father of two young kids (and a 3-legged dog). He's a writer of all things parenting, humor, and education; also a musician and sourdough baker.

5 things I wish I'd known about how raising a puppy is like having another baby
Sometimes I snap
A letter to the woman who gave me my daughter: 'When we talk about hard things, we talk about you'
advertisement

5 things I wish I'd known about how raising a puppy is like having another baby
Sometimes I snap
A letter to the woman who gave me my daughter: 'When we talk about hard things, we talk about you'