Dads may do it differently, but they're still doing it right

Published by Jenny Albers on September 7, 2019

I came home to find my son snacking on a cup of birdseed that was given to him by my husband.

There was a time when I would have criticized this choice. When I would have suggested the offering of fruit or cheese or crackers as the proper alternative to what had been given.

But after eight years of parenting, some things just don't seem to matter so much anymore.

And you know what? They are FINE! Certainly a little birdseed can't hurt. 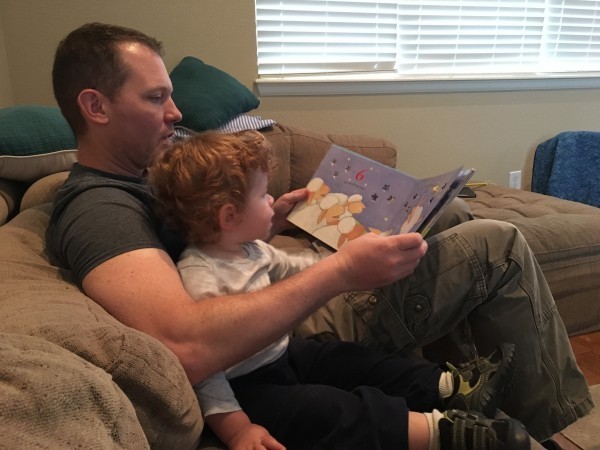 Dads get a lot of crap, you know? Just because they parent differently than we do.

But I've come to realize that our ways are no better than theirs. In fact, I can appreciate the way my husband seems to roll with the lack of control that so often goes with parenting, whereas I tend to try to control more.

We're different. And that's good. Our kids need some of what we each have to offer.

They need fruit AND birdseed. They need coordinated outfits AND the hodgepodge ones that our husbands dig out from the bottom of the giveaway box. They need healthy dinners AND pizza every night for a week. They need to keep their bedtime schedules AND they need to stay up late to watch football. They need to lay off the sugar AND enjoy the rush of too much ice cream with dad.

It keeps life interesting. For all of us.

Parenting doesn't have to be either my way or his. And it shouldn't be. It should be my way AND his way.

Because kids need both.

Yes, the dads are doing it differently. But their doing it just as well as the moms.

​The Importance of Dad’s Role in Their Child’s Nutrition
You'd Better BELIEVE That Dads Can Handle it!
He's their dad, not their babysitter
advertisement

​The Importance of Dad’s Role in Their Child’s Nutrition
You'd Better BELIEVE That Dads Can Handle it!
He's their dad, not their babysitter