Growing up in Chicago there were a lot of things that I was exposed to as a kid/teenager, that I promised that I would not want my own children to ever have to experience. One of the hardest things I had to deal with was losing friends and family to the never-ending gun violence that still plagues Chicago.

Having left Chicago nearly ten years ago to relocate down south was not the easiest decision for me, however, it was a necessary one. While there are people in the communities actively working on an everyday basis, I knew that this wasn’t a problem that only faced Chicago, and that no matter where I went, it was important that I became a voice in whatever community I am in.

One of the ways that I am helping to end gun violence, is by starting the conversation in my own home, with my own children. Having children who range in age from 4-14 years of age, it’s important that I keep the lines of communication open with all of them. For my younger children it’s important that I start the conversation early so that they know routinely they can open up to me, while for my tween son and teen step-daughter, they know that I am there if they ever need someone to talk to, even if it’s a simple question.

There are things that we all want for our children. We want them to be happy, to live life to it’s fullest and to go into the world embodying the positive principles that we have taught them. But there are also a few simple concepts that we want for them, that they should have a right to:

Over 100 people die each day in homes, schools and on the streets of America. That’s more than 33,000 people killed each year.

To clarify, it’s not just Chicago that faces this type of violence. Every year thousands of people die from gun violence in the United States. Per capita, the United States has significantly higher rates than other industrialized countries. More often, however, it’s only the mass shootings that make the headlines, but not the everyday deaths that occur. In 2016, 38,658 people died as a result of gun violence, while over 116,000 suffered from non fatal injuries.

So why is this important?

Because this is an issue that can affect all of us at some point (whether or not we want to believe it), to me it’s something that not only parents but everyone, should take note of so that we can begin to make things better for the next generation of kids. While there are some of us who have the luxury and privilege of being safe in our homes and neighborhoods, we have to realize that not everyone lives that way.

We shouldn’t have kids growing up thinking that the fear they have of being killed whether it’s at home, school or the playground is normal. However, just from talking to my teenager, it feels as if it’s a fear that has become a part of their daily lives, even for those of us who do not live in or near inner cities.

Let’s work together to end the violence. 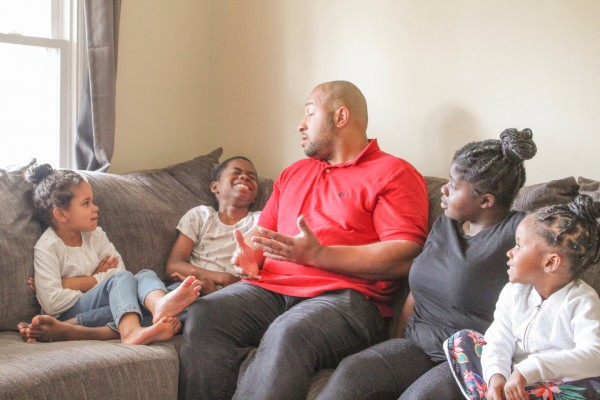