CONFESSION: I haven't been to church in a while 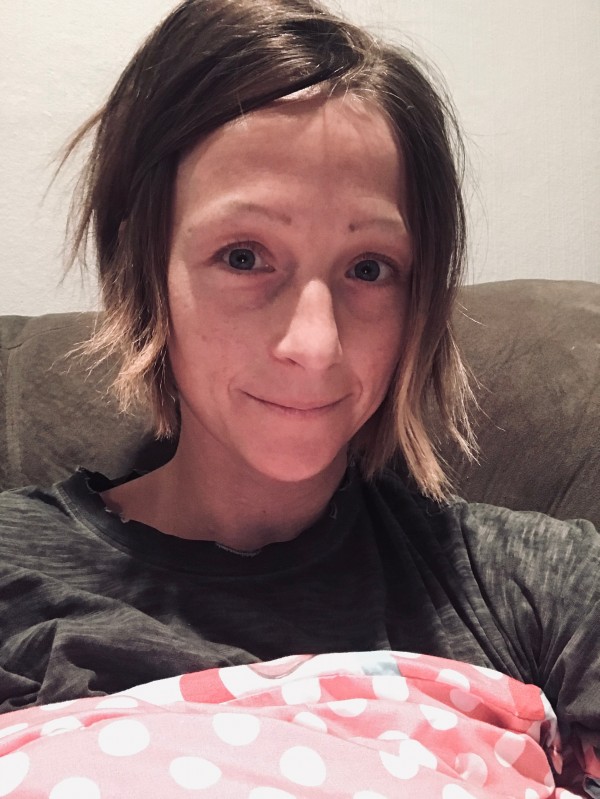 This response from my husband garnered way more laughs from me than I think he had expected.

It was his reply to a remark I made that "someone's having a party" as we drove down a neighborhood street lined with an overabundance of cars.

His voluntary retort gave me an unexpected yet much needed genuine hearty chuckle.

What I had not realized (but he did) was that we were driving in the vicinity of a local church on a Sunday.

Even now, repeating that statement back to myself still brings a smile to my face.

God was having a party that day, and a crapton of people attended it.

Some likely dressed up for it and others went simply as they were.

Some probably arrived early out of anticipation and excitement, and others probably strolled in late, just glad that they made it.

Some, I suspect, came alone.

And, others, well, I'm sure they went with family or friends.

We didn't go to God's party that day.

And, if I'm honest, I have yet to attend God's party (outside of their baptisms) with my children in tow, and my daughter is now seven.

Do I know that there is an open invitation from him to come to any of his parties?

Will I be making an appearance soon?

But, here's the thing.

I haven't been to church in a while.

Not because I don't want to.

Not because I don't believe.

And, definitely not because I'm a "bad" person or a horrible catholic or a second-rate Christian.

Just like other activities and tasks in our day-to-day, we operate very routinely and make habits out of things.

Not attending church has become a habit.

And, with three children, under the age of seven, each with a busy Monday through Friday schedule, my husband working, as well as myself, and numerous weekend activities what seems like every single weekend, by Sunday, the entire family is beat.

Okay, and probably a Bloody Mary.

I can see how this sounds selfish.

I can see how this sounds irresponsible of me as a woman of faith and a parent raising my children with a strong belief in God.

I'm human, just as God made me.

I've always had a strong faith and what I feel is a very motivating, inspiring, strengthening and fulfilling relationship with God.

My children, who have each received the sacrament of baptism, are raised with the understanding of who he is and bits and pieces of his story.

They understand that God is their forever friend.

That he is an all-powerful man in Heaven who they can talk to, cry to, pray to, and share with about anything and everything they could ever want -- now as children and in adulthood.

They know, that in addition to Mommy and Daddy and each other, God is someone that they can always trust, believe in, and feel support from.

They are also aware, just as I am, that God's parties will always be open for us to attend, but that whether we do or not, he loves us just the same.

God loves you -- the one who attends Church every Sunday -- just as much as he loves me and my munchkins who don't.

God loves you -- the one who reads the bible every day to yourself and your children -- just as much as me, who can't recall a specific psalm verbatim and who reads my children's kids bible to them only occasionally.

God loves you -- who volunteers regularly in your community and at your child's school -- just as much as me who could probably be more giving with my energy, time and even money.

God loves you -- who doesn't drink, cuss, and use sarcasm or crass humor -- just as much as me who enjoys my wine and has a part-time potty mouth.

God loves you -- who dresses your temple in pristine clothing from head to toe -- just as much as me who dresses mine in a rotation of wrinkled maxi skirts and black high-waisted yoga pants.

God loves you -- who I see and assume is better than me for a plethora of reasons -- just as much as me, who he sees as your equal, whether you and I do or not.

Someone was having a party last week, and I suspect that same popular dude will be having Sunday parties for the foreseeable future.

I've decided to have a party, too and I've resolved to host my party daily, inside of my home and inside of the five hearts that occupy it.

I've extended an invitation to God.

And, can you believe it?

He said he would come!

So, while you may or may not see me at any of his upcoming parties, you can rest assured that he and I are still happily raging with one another.

God's having a party, and we are all invited.

But, if you don't attend, don't fret.

God loves you just the same.

Looking for our miracle baby!
An open letter to the woman who shamed my toddler and me at church
A quarantine reminder: Your home will always be your kids’ first church
advertisement

Looking for our miracle baby!
An open letter to the woman who shamed my toddler and me at church
A quarantine reminder: Your home will always be your kids’ first church