Our daughter had one of the earliest start dates for college of anyone we knew. As of tomorrow she will have been there a week already. So for all my friends still dreading the drop-off, I thought I’d share our story, and maybe impart a little calm.

This has been a trying summer, with my dad passing away in July. Aside from the attendant grief, there are other challenges we are navigating on my mom’s behalf that will require stamina and deliberation and wisdom. There has not been a lot of joy during these not-at-all-lazy days of summer.

Back in the old days, meaning before my dad fainted on the golf course in early June, I expected the college drop-off week would be difficult, saying our goodbyes and adjusting to the new energy of only three people (and no goofy distracting dog; he died, too, in the past year) in the house. I allowed that I would probably sob when we left her, would sit in her empty bedroom at home and lament her absence, all that stuff. I was ready for it. I was going to give that sadness some real estate.

And then everything got turned around on us with Dad. The unexpected silver lining was that I hit my outer limit of sorrow. And suddenly the college drop-off became the happiest thing I could think of.

Sorrow was nowhere in the vicinity when I finally set foot on a campus I’d heard so much about, and found that the descriptions I’d heard and read suffered a glaring lack of adjectives. Big red brick buildings accented by graceful cream-painted columns, a view of the Susquehanna Valley, wide lawns crisscrossed by broad pathways. “Just imagine when these walkways are filled with attractive undergrads!” I marveled to my daughter as we wandered the mostly empty campus the night before move-in. She rolled her eyes but seriously, how could having young, intellectual, athletic people sprinkled like powdered sugar on a funnel cake be a bad thing?

On Move-In Day, the Orientation Staff was primed and ready. As each overpacked car disgorged a slightly nervous looking student-and-parent trio, an Orientation volunteer would ask your name and your home state. All around us we heard, “THIS IS MICHAEL FROM TEXAS!” and “THIS IS BECCA FROM NEW JERSEY!” and then the Orientation team would whoop and holler and generally act like the presence of this particular human being was the exact thing they’d been waiting for all day, nay, all summer. Again, as a mom: how could you feel sad when your child receives such a welcome?

As the day unfolded, the prospect of sadness seemed increasingly ludicrous. The quad dorm room was spacious, the new roommates interesting and friendly, the food at the student center delicious and free flowin’. The address by the dean of the Engineering Department made me wish I was studying fluid mechanics (just for a second, though.) By the time we reunited with our daughter later in the afternoon– the savvy administrators separating families from students through two tracks of programming, assuredly to make the final separation that much easier – she was chatting easily with her hall mates. My heart grew lighter and lighter as the time to leave approached. 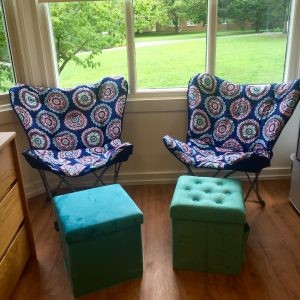 There was even room for hastily-procured groovy chairs

There was one hard, hard moment: watching my husband and younger daughter say goodbye to our girl. I’m a WASP from way back, so I can bury my own feelings to a level that will withstand a nuclear blast, but when those two are sad, forget it. Still, I figured the worst thing I could do was follow their lead, so I became even more maniacally cheerful, as we walked to the car and drove away.

Now we are home, and I continue to feel 98% thrilled at our new arrangement. She’s where she’s supposed to be, I am running the dishwasher less, and I only had to fill out one set of high school registration forms so I didn’t get writer’s cramp.

But today, finally, a well of dark pain sprang from the center of my soul.

My daughter is in the Arts Residency and is taking a class called “Pop and Protest,” which “investigates the roles and responsibilities for musicians within popular culture, giving particular attention to their engagement with social and political movements.” On the first day of class, the professor showed them the video for Beyonce’s “Formation.” The assignment? Think about it and be ready to discuss. As my daughter said to me, “I wanted to tell him, ‘Professor, I’ve been thinking about that video for MONTHS.’” Her only textbook is a Spotify playlist. And with each Physics assignment, her professor includes a “Pre-Class Entertainment” playlist of music he will play during class – the one she forwarded to me had Bowie, Cage the Elephant, and Bill Withers on it. “He asked for suggestions so I went Rilo Kiley,” she texted me. Tears sprang to my eyes. 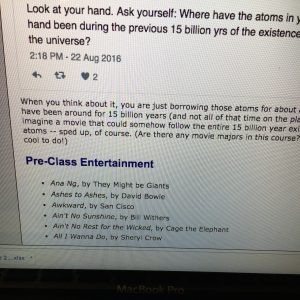 What is that awful, jagged emotion I am feeling now? 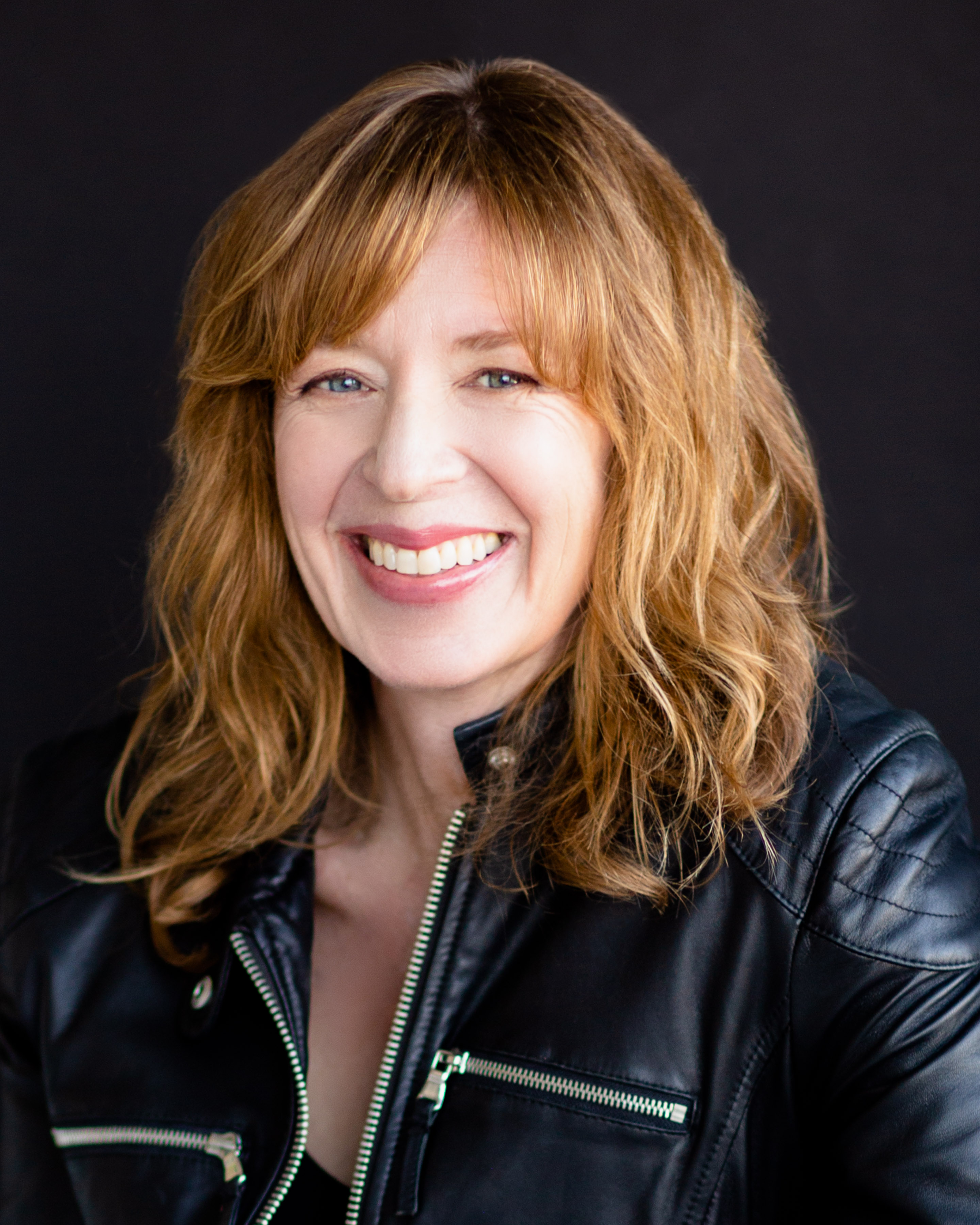 Nancy Davis Kho is a freelance writer whose work has appeared in the Washington Post, San Francisco Chronicle, US Magazine, The Rumpus, and The Toast. She's been recognized as a Voice of the Year in the Humor Category by BlogHer and was the inaugural champion of Oakland's Literary Death Match. She covers “the years between being hip and breaking one” at MidlifeMixtape.com and on the Midlife Mixtape Podcast, available on all major podcast platforms. Nancy's book THE THANK-YOU PROJECT: Cultivating Happiness One Letter of Gratitude at a Time was published by Running Press in December 2019. More at www.DavisKho.com.